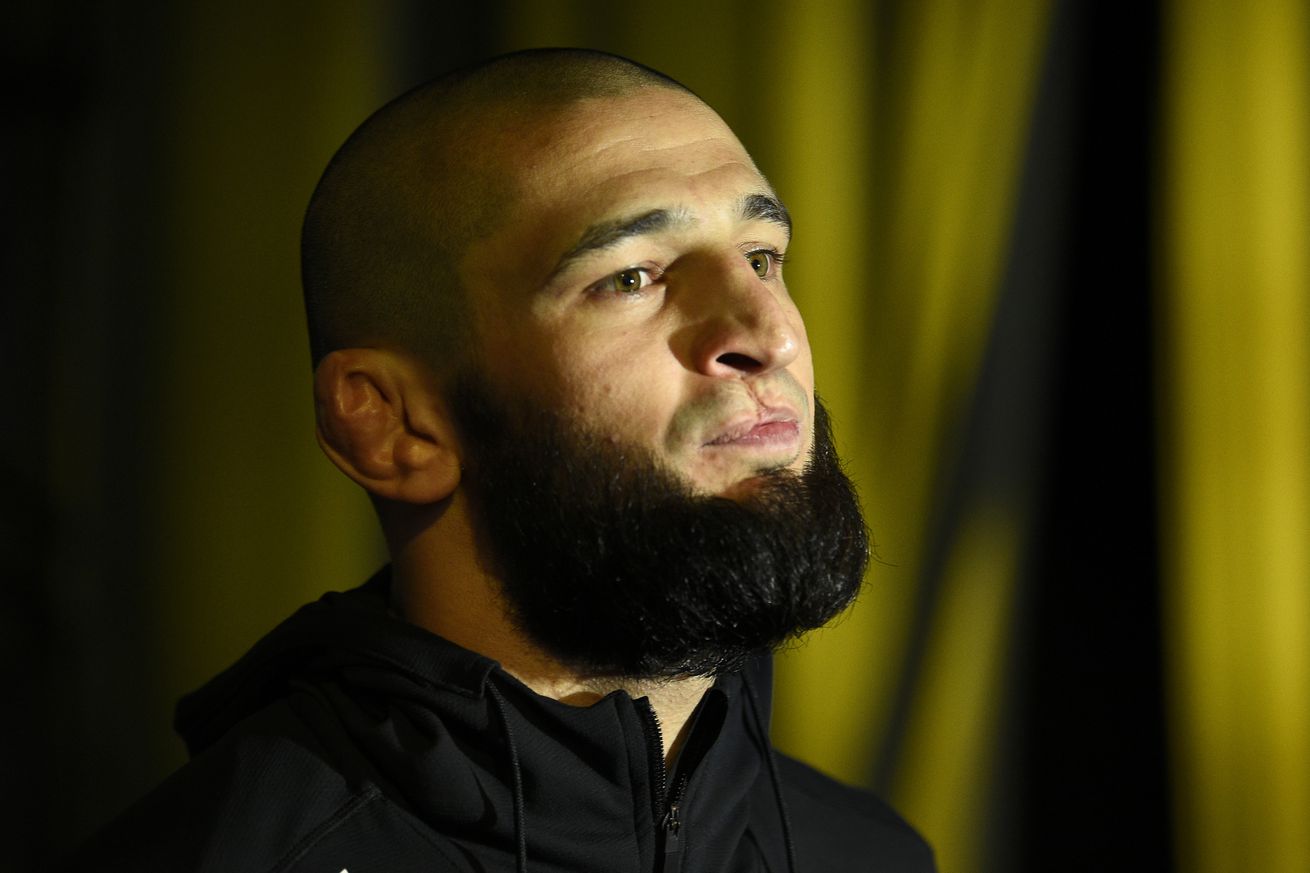 Reports out of Sweden claim Khamzat Chiamev tested positive for COVID-19. After wowing Dana White over the summer Khamzat Chimaev landed a plum opportunity to leap frog the competition and get himself into the title picture at 170 lbs. On December 19th the 3-fight UFC veteran is scheduled to face top ranked welterweight Leon Edwards.

The booking opposite Edwards was the culmination of Chimaev s campaign to land a ranked opponent, while claiming incorrectly that no one wanted to fight him. The booking also came after Edwards was removed from the UFC rankings for inactivity, which threatened to erase the progress he had earned after an 8-fight win streak in the promotion.

Over the weekend Swedish outfit Kimura Crew reported that Edwards vs. Chimaev might be in doubt, after the Chechen-born Chimaev tested positive for COVID-19.

With the fight three weeks out, it is conceivable that Chimaev if he s asymptomatic would still be in fighting shape for December 19th. However, if Chimaev does have the virus, and he does not quarantine, he risks spreading it to his coaches and training partners.

MMA Junkie s John Morgan spoke with Chimaev s team and reported that Borz is still good to go . Morgan did not confirm if Chimaev actually had tested positive for COVID-19.

Chimaev s team tells me that he is still good to go for Dec. 19 at this time. https: t.co xFbFIBxRlF John Morgan MMAjunkieJohn November 29, 2020

I just spoke with Guram Kutateladze about Khamzat Chimaev and COVID-19 rumor and he said - NO. Guram is currently with Khamzat in Las Vegas and they are training together. #UFC #MMA #GuramKutateladze #KhamzatChimaev pic.twitter.com sdnPEpPCIq Giorgi Kokiashvili iHeartGeorgius1 November 30, 2020