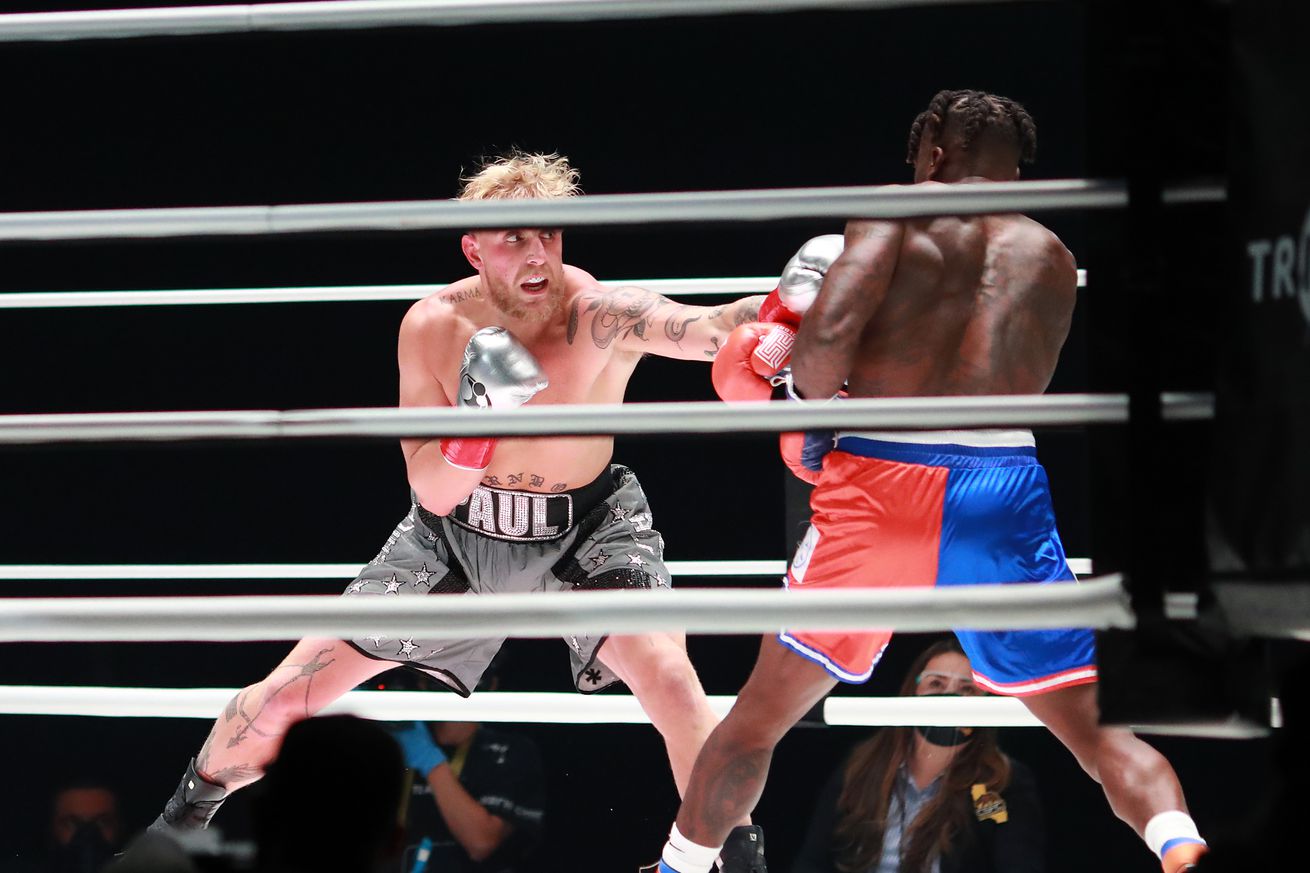 Get the Full StoryPhoto by Joe Scarnici Getty Images for Triller

When you put those 10-ounce gloves on me, I m vicious, I can hit. I m a real dog, Paul said. After his KO win against Nate Robinson in the co-main event of Mike Tyson vs. Roy Jones Jr., Jake Paul says he can be one of the biggest stars in boxing.

Paul picked up his second win as a professional when he face planted Robinson in the second round of their fight this past weekend. The popular YouTube star made his debut in January of this year against fellow Internet personality AnEsonGib , winning by first-round TKO.

My career goal was to do exactly what I did, Paul said at the Tyson vs. Jones Jr. post-fight presser. To have an undeniable victory and steal the show. And prove to the boxing world, who has doubted me for the past six months, that I m a pro boxer and I m here to stay. Transcripton via MMA Fighting

I m putting the work in, and I understand why people don t want to accept me yet. But I ve had two flawless victories, and I m really dedicated my life to this. I have an 8 million mansion in Calabasas that I haven t stayed at for six months. I haven t even been home because I ve been in Las Vegas training in a little tiny house, two-a-days, pouring my heart and soul into this.

Paul said before the fight that he plans to have a career in boxing, and his fight with Robinson was not just a one-off venture. The 23-year-old said his platform allows him to bring in huge PPV numbers for future fights with the likes of Conor McGregor and his training partner Dillon Danis.

When you put those 10-ounce gloves on me, I m vicious, I can hit. I m a real dog. When these MMA fighters come into the ring, they re gonna meet The Problem Child. They re gonna meet me. And I m here to make millions of dollars and sell millions of pay-per-view and I m gonna be one of the biggest stars. I think I might just be the new Floyd.