Oliveira says winner of Ferguson fight is the next title contender 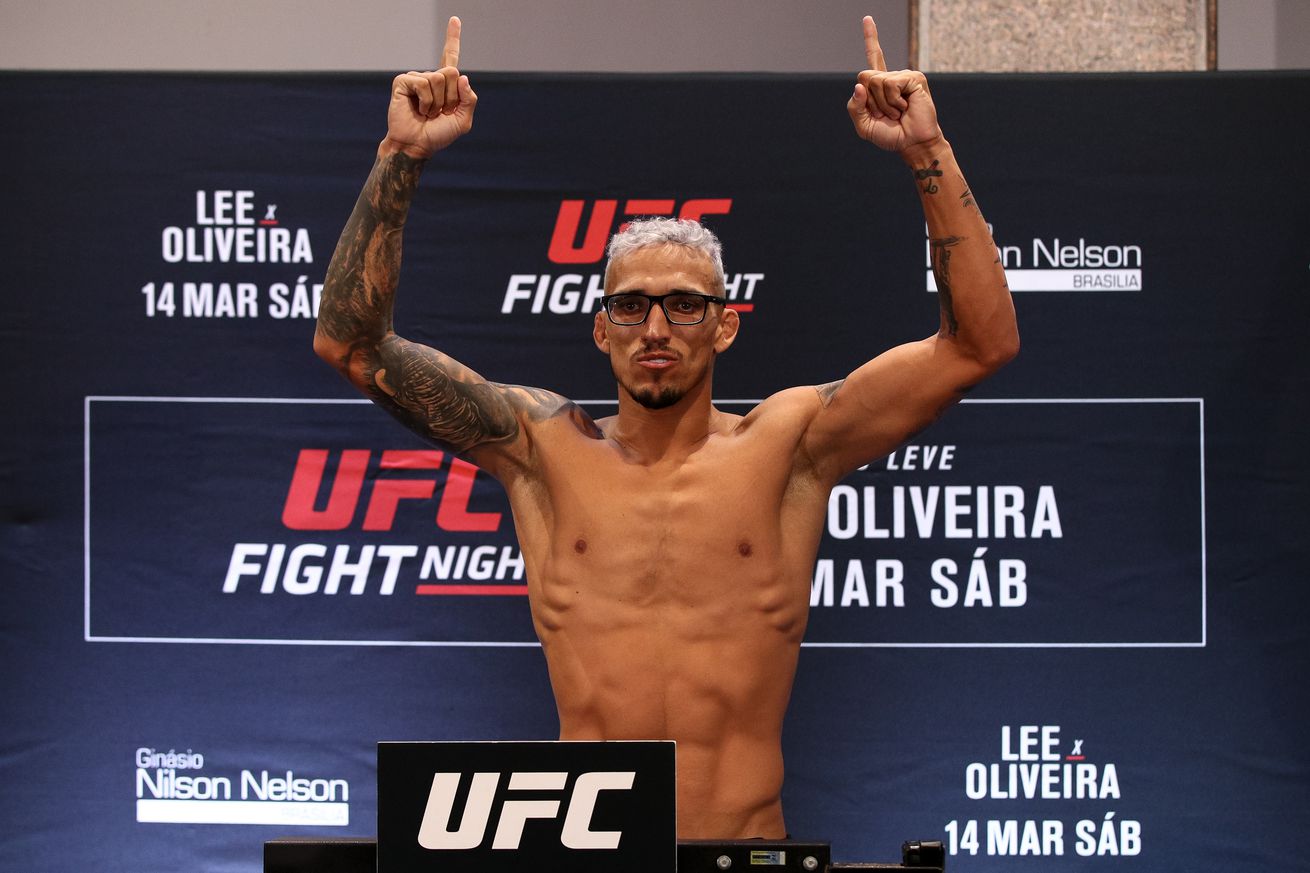 It s very clear: Whoever wins this fight is the next title contender. Dark horse Charles Oliveira is on a seven-fight win streak and believes a victory over Tony Ferguson at UFC 256 ought to catapult him into title contention.

Oliveira, who has won his last seven fights via stoppage, is #7 in the UFC lightweight rankings but knows there is no way the UFC can deny him a title shot with a win over the No. 3-ranked Ferguson, who is looking to rebound from his TKO loss to Justin Gaethje at UFC 249.

It s very clear: Whoever wins this fight is the next title contender, Oliveira said in a recent interview with MMA Fighting s Guilherme Cruz. I have to stay focused and concentrated. He was coming off 12 wins in a row and I think he made a mistake against Justin Gaethje, so we can t make mistakes in there.

Speaking of the matchup, Do Bronx is expecting a tough fight but will be prepared for just about everything El Cucuy brings to the table.

He s super tough, Oliveira said. He has his own fighting style, he spins with the elbow, the arm, the leg. He shoots for takedowns in a completely different way. We know the difficulties that this fight brings, the problem coming my way, but this is my moment. My time has come. There s not much to do, just train and dedicate.

I ll have the perfect strategy for this fight and I ll make it happen. He s tough and has an incredible cardio, so let s go.

Good jiu-jitsu, if you give him an opening he goes there and taps you, he added. You have to respect that. We can t fool around because I can make a mistake and he submits me too. Fights are unpredictable, brother, anything can happen. But, like I said, this is my moment, this is my time. I ll be 100 percent focused for this fight. I won t make mistakes up there.

His jiu-jitsu, his wrestling, his muay Thai, the crazy spinning things he does out of nowhere I ll be ready for all that.

UFC 256 will take place on Dec. 12 at the UFC APEX facility in Las Vegas, Nevada.