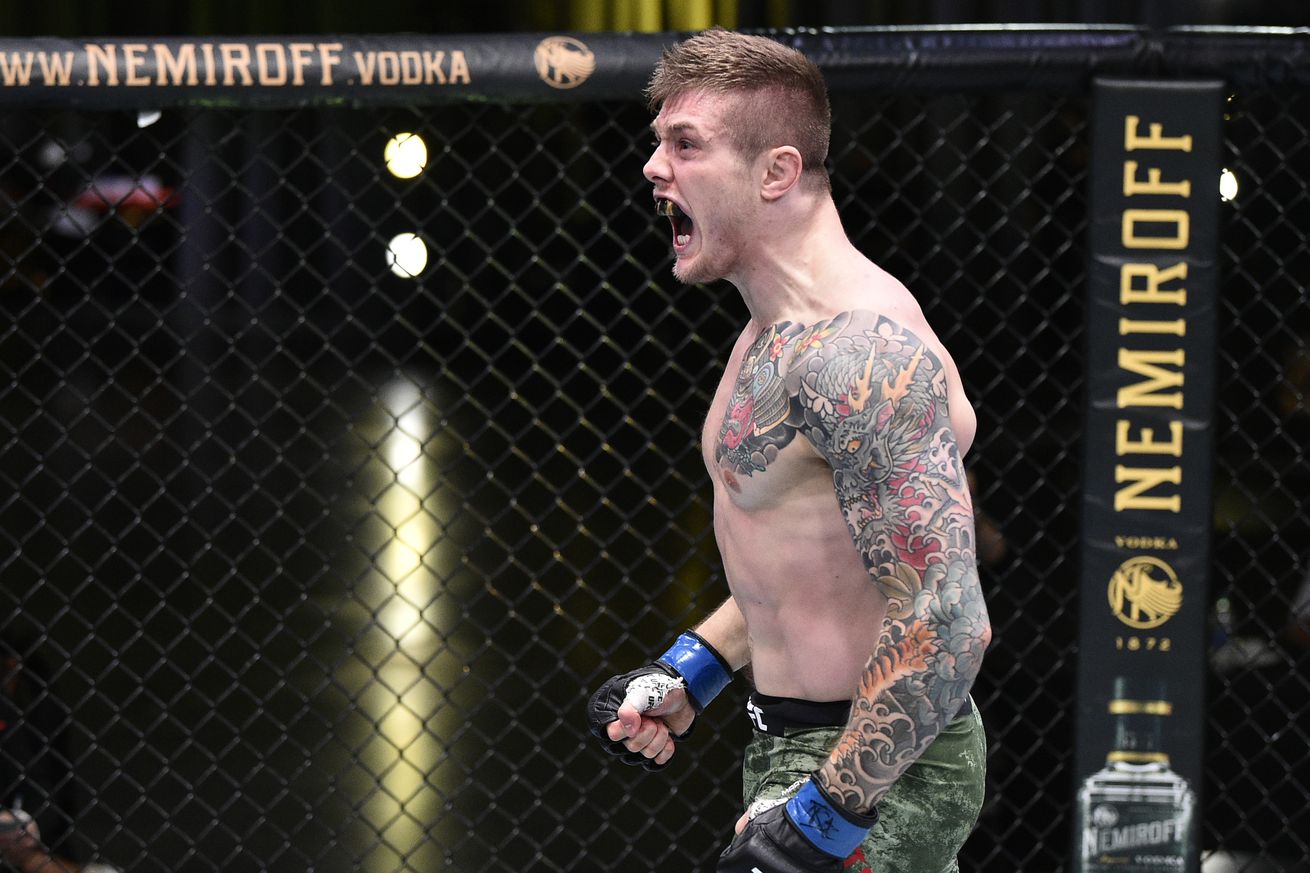 The Italian Dream wants to show he is ready for the big leagues when he meets Jack Hermansson on December 5. While the UFC s recent matchmaking has been put through the wringer, middleweight contender Marvin Vettori doesn t mind playing some musical chairs in order to climb to the top of his division.

Originally scheduled to take on Omari Akhmedov at UFC 256, the Italian Dream saw the fight fall through weeks before the card. He was then paired up against veteran Jacare Souza for the PPV event. However, when Kevin Holland had to drop out of his planned fight against Jack Hermansson atop this week s UFC Fight Night, Vettori was pulled from his bout against the Brazilian grappling ace and into the headliner against top contender Hermansson, for this coming Saturday, December 5th.

In an interview with Combate Vettori explained that, in fact, he doesn t mind all the sudden changes, because he feels ready to take on anyone in the division. In fact, not even going from a three-round fight to a five rounder seems to faze the up-and-coming middleweight.

I was already training. I was going to fight Jacare, but it made little difference to me, admitted Vettori. It was a last-minute change, but I m very happy and ready, to be honest. A lot of different people train with me, so I was able to make adjustments. It was a blessing, even if the fight came one week sooner. I m very well-prepared, I had to make a few changes. It s going to be five rounds, but I really don t care. I m really ready. I m glad I took this fight, it s a big opportunity. He s the number four guy in the rankings. He can put me closer to a title shot. When they made me the offer, I accepted it right away.

I think this my best moment. Vettori continued. I m always looking to increase my win streak, but I also care about who I m facing. After this fight, I ll be in the mix. I ll be in the top 5 and that s where I want to be. I m ready to make history. I ll be the first Italian to headline a UFC card. My greatest dream is to be a UFC champion. The UFC isn t broadcasted in Italy and that s my next step. I want to be a UFC champion, too.

When it comes to the fight itself, Vettori knows facing someone such as Hermansson will not be an easy task, but thinks the challenge is there to be conquered. Although he believes Jacare would have provided a stiff test, the Italian knows that the Joker brings a different, but equally deep skillset to the Octagon.

He s a great opponent, he brings a lot of energy into his game, Vettori explained. He always comes forward. You can see that in his fights. He is good in very aspect, but everything he does well, I do better. I think it s a good fight for me. I think Jacare could ve been more dangerous in some scenarios. But I think Hermasson brings more energy to the fight, he s more intense. I don t care, I m like that, too. Anyway, both Hermansson and Jacare are tough.

Currently on a three-fight winning streak, Marvin Vettori 15-4-1 defeated Cezar Ferreira, Andrew Sanchez and Karl Roberson in his most recent outings. The 27-year-old s most recent loss happened in April 2018, when he dropped a split decision to now champion Israel Adesanya.

UFC Vegas 16 takes place at the Apex facility, this week, in Las Vegas, NV. Outside the middleweight headliner, the card is epxected to feature a light heavyweight fight between Ovince St. Preux and Jamahal Hill.