UFC 256 by the numbers: Head-to-head look at Deiveson Figueiredo vs. Brandon Moreno 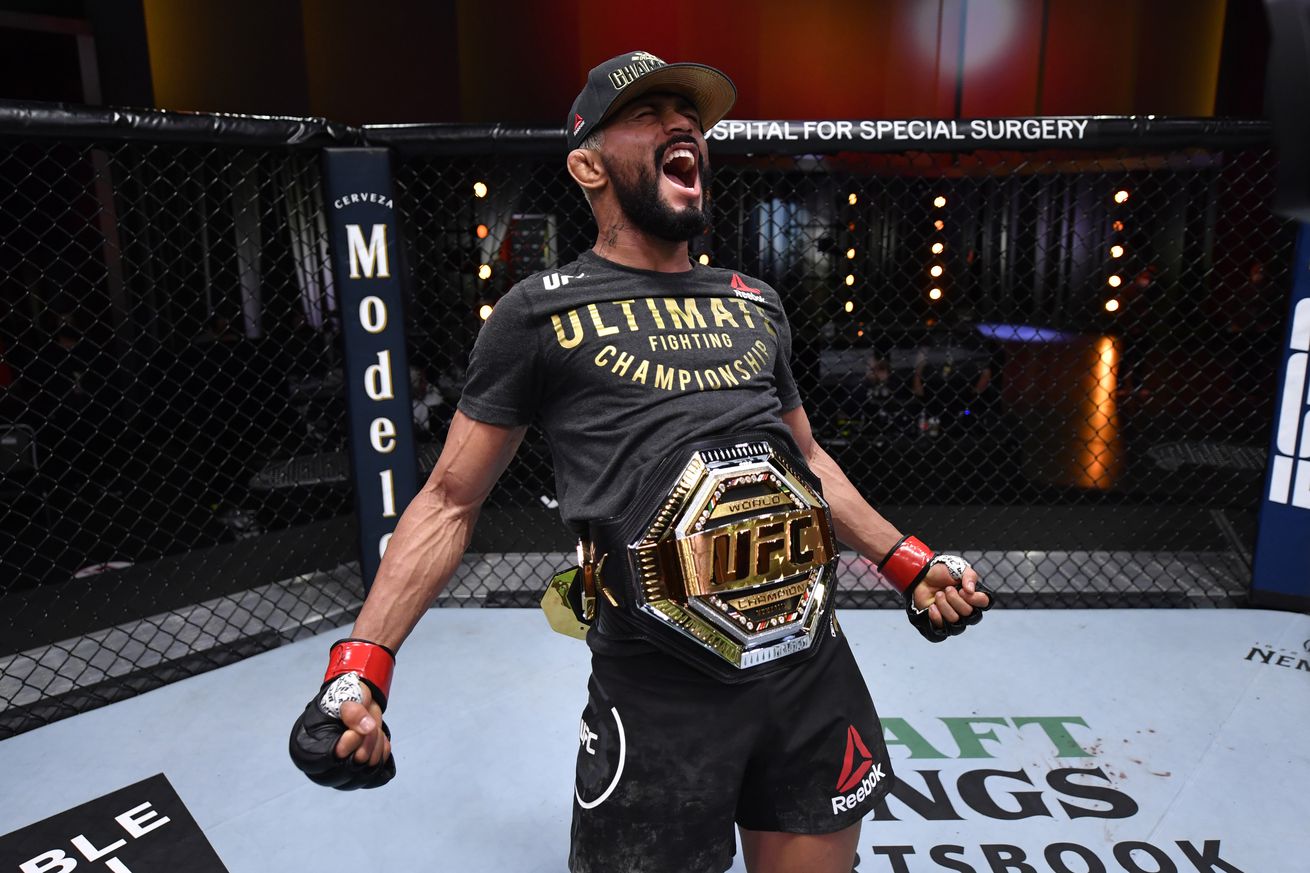 How Deiveson Figueiredo and Brandon Moreno compare in key stats heading into UFC 256. If the names at the top of Saturday s UFC 256 pay-per-view card seem familiar, that s because both fighters recently competed. UFC flyweight champion Deiveson Figueiredo defended his belt with a first-round submission win over Alex Perez in the main event of UFC 255. The man Figueiredo faces on Saturday, Brandon Moreno fought on that same card. He earned a first-round TKO win over Brandon Royval at the top of the UFC 255 prelim card.

UFC 255 took place on November 21 at UFC Apex. UFC 256, which is an ESPN streaming pay-per-view card takes place in the same venue on Saturday, December 12.

Figueiredo vs. Moreno replaces the bantamweight title bout between champion Petr Yan and Aljamain Sterling at the top of the UFC 256 fight card. That fight fell through because of visa issues on Yan s side of the matchup.

Figueiredo won the vacant 125-pound title in July with a first-round technical submission stoppage of Joseph Benavidez. Figueiredo is on a five-fight winning streak. His four most recent victories have come via stoppage.

Moreno is unbeaten in his past five outings. During that stretch, Moreno has two TKO wins, two decision victories and one draw.

Below, look at how Figueiredo and Moreno match up in key stats ahead of UFC 256, which takes place at UFC Apex in Las Vegas.