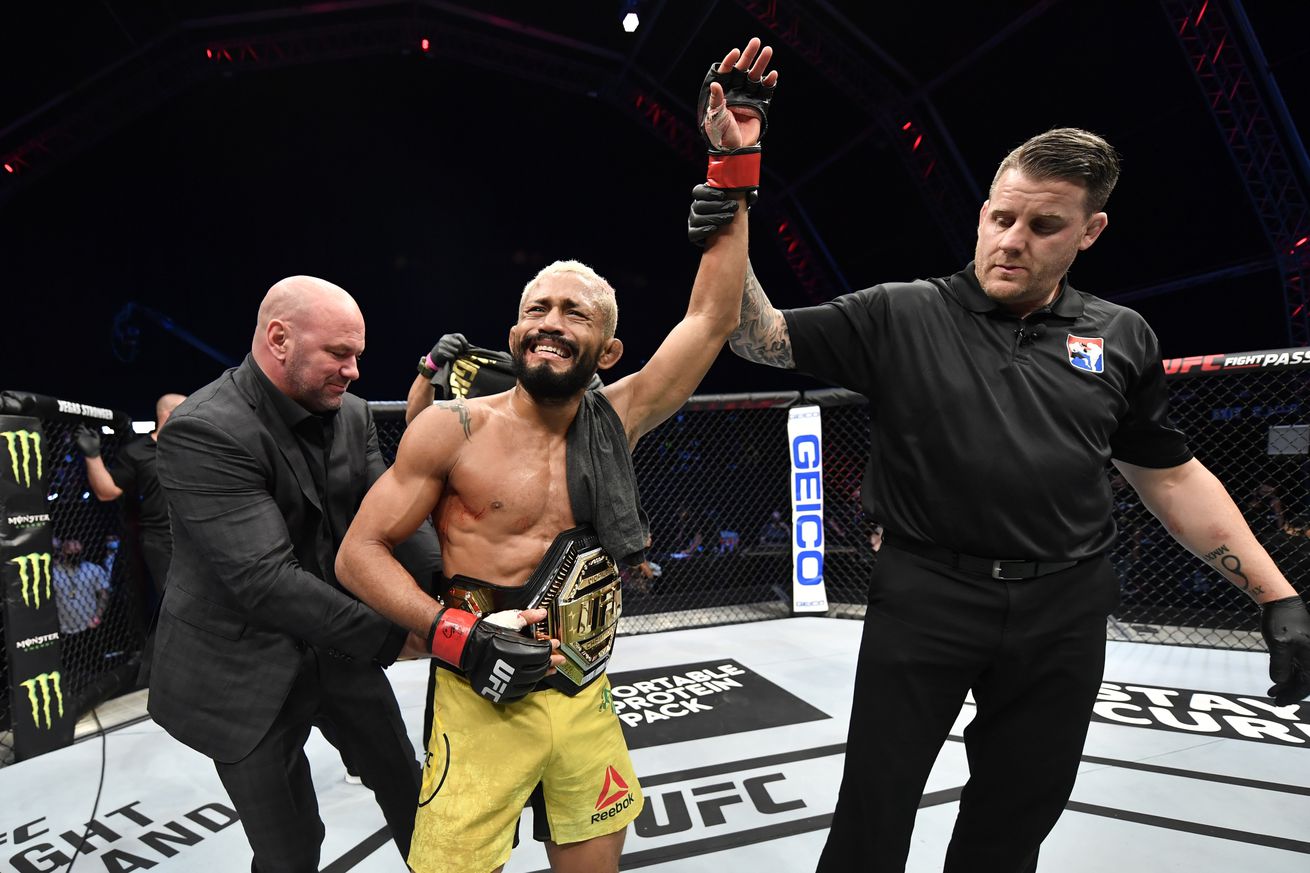 A detailed breakdown of the position-by-position statistics to watch out for in Saturday s UFC 256 fight card from Las Vegas. It s d j vu in Vegas on Saturday as UFC flyweight champion Deiveson Figueiredo gets set to headline two pay-per-view events in a row, with only three weeks rest, against an upstart challenger in Brandon Moreno who went from cut to UFC title challenger in the span of just four fights, and also happens to be coming off the same three-week turnaround time.

We also have to give some attention to the grapplers delight which could easily end up a mostly kickboxing affair, but s nonetheless a kick-ass co-main event, Tony Ferguson versus the UFC and Zuffa s all-time leading submission artist in Charles Oliveira.

So let s jump into the numbers on a top of the UFC 256 fight card that will hopefully still be intact come Saturday night.

In super-short order, the champ Figueiredo and challenger Moreno are each set to walk right back into the Octagon after 1st round finishes of their opponents at UFC 255.

If we re talking finishes, it s the champ Figueiredo who s an anomaly for the flyweight division. He s finished his opponents in 78 of his UFC wins almost evenly split between KO TKOs and submissions. The average flyweight gets a finish in 43 of their wins and even the great Demetrious Johnson only came in at 47 on that metric throughout his Zuffa career, and it was heavily weighted towards submissions as opposed to the nice spread Figueiredo has.

Figueiredo can crack from his feet. He drops opponents in 35 of his rounds while a typical flyweight and Moreno come in at 6.6-6.8 . In fact, all three of Figueiredo s knockdown metrics are a whopping 5.1-6.8x the flyweight average while the challenger Moreno is subpar in the same three areas.

But you don t need a knockdown to win, especially in the flyweight division, and one area Moreno excels is volume. With 13.6 head jabs and 51.9 power strikes attempted per five minutes P5M at distance, Moreno more than triples Figueiredo s head jab output and more than doubles his power volume. Figueiredo effectively gets some of his volume deficiency back when accuracy considerations are taken into account 51 and 59 on distance head jabs and power strikes compared to Moreno s 22 and 45 , but his fight data have also only come from three-round fights. We ve never seen how his pace works in the championship rounds, and when his fights have made it into the 3rd round he s only 2-1, all by decision, with one of the wins split on the scorecards.

For Moreno, we at least have one five-round sample: Between the 2nd and 5th rounds, his rate of distance power strike attempts increased 83 while the rate at which he landed increased 122 .

When Figueiredo s not knocking opponents down and then out, his defensive striking game hasn t been terribly impressive. He s a net absorber of power strikes with a -6.1 differential P5M at distance. More than 100 of that differential -6.4 comes from opponents chopping at his legs Figueiredo net lands to the body and net absorbs to the head at roughly the same rate . When looking at the head, Figueiredo hasn t really excelled at being an elusive target, eating 39 of his opponents power shots. Meanwhile, an average flyweight absorbs 28 of those same strikes and Moreno only eats 19 .

While Figueiredo s a somewhat active distance takedown artist who completes at a solid 47 pop, both fighters tend to do their takedown work from the clinch. They each spend between 25-28 seconds clinched-up per five-minute round where Figueiredo s more active and accurate, but when his opponents output comes into play he has a far worse power strike differential -11.6 P5M to Moreno s 3.9 . Both fighters tend to have their backs to the cage, yet they each are still relatively active moreso Moreno and effective 53 success for both at taking the fight to the canvas.

While Figueiredo s easily the more active fighter from the ground, attempting more than twice as many power shots P5M than Moreno and landing over 2 times more, the grappling and submission game should be a fun one if the fight hits the canvas. They each slap on subs at a higher than normal rate Figueiredo over 350 the flyweight average and finish at a solid clip. And with 1.7 sweeps P5M being controlled, Moreno almost triples the flyweight average of 0.6, although Figueiredo is yet to be swept.

Even with a quick turnaround, this flyweight title fight has good old fashioned fun written all over it. Bring it on, fellas.

With his incredible 12-fight UFC lightweight win streak snapped, Tony Ferguson looks to get back into title contention with a win over Charles Oliveira, who s quietly built an impressive 7-fight win streak of his own.

Remember when Cub Swanson rattled Oliveira s brain at UFC 152? It feels like forever ago.

Hopefully this fight spends some meaningful time on the ground where Oliveira, with easily the most submissions in the Zuffa era at 15 Urijah Faber second with 12 , but also someone who s been tapped three times in the UFC, could put his MMA grapping credentials on the line against Ferguson s six subs, a sub attempt rate 333 the lightweight average, and a 43 submission finishing rate. While Ferguson s never been tapped, Oliveira has the exact same sub attempt rate and he finishes at an even better 53 . He also gets what FightMetric calls a tight submission extremely tight and threatening, but not finished with 6 more of his attempts.

My grapping optimism is tempered by the fact that Ferguson spends 4:09 of every five minutes fighting at distance, where he rarely attempts takedowns, and nine seconds in the clinch when he s usually the one being pressed there. Oliveira s been 100 more active with distance takedowns than the average lightweight and very effective lately. But if he pushes the fight to the clinch, he s been about average.

If things stay at distance, both fighters push a strong pace with power, but Ferguson pops head jabs 3.4x as much as Oliveira while landing 41 to Oliveira s 28 . Their power numbers look much more even as Oliveira s made strong improvements lately and mixes things up even better than Ferguson to the body and legs. In fact, thanks to Oliveira s accuracy to the head and his power leg volume where fighters are almost always their most accurate, Oliveira s distance power accuracy comes in at 58 to Ferguson s 51 . And they both have solid distance power differentials: 7.1 P5M for Ferguson and 8.8 for Oliveira. When we shift things back to head jabs, though, those differentials quickly turn ugly for Oliveira: -5.3 P5M to Ferguson s 4.6.

The knockdown metrics rate and percentages aren t even close, in Oliveira s favor, which is still hard to wrap my brain around. Although if we shift things to damage and busted up faces, it s even more lopsided towards Ferguson where he makes opponents faces just bleed in 16.9 of his rounds to Oliveira s 0.1 .

How can you not be intrigued by this fight? Gamblers seem to be to the tune of roughly 60 40 true odds from lines as of this writing.