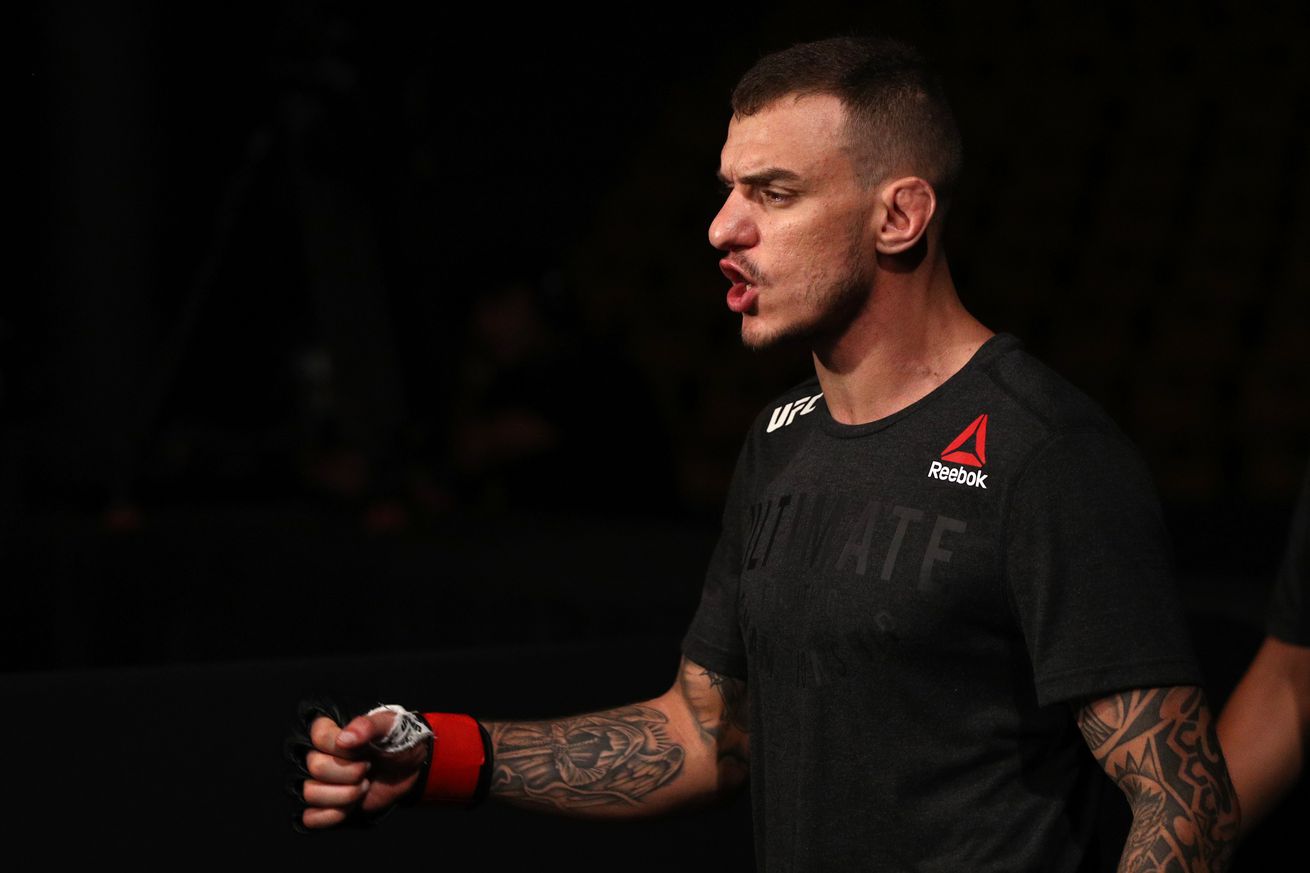 Lightweight Renato Moicano only worries about having his hand raised ahead of Rafael Fiziev bout at UFC 256. Former UFC featherweight contender Renato Moicano just wants to win fights at lightweight. After the weight cutting process became too difficult and the Brazilian was forced to move up to the heavier division, he was bothered by being shoved out of the rankings at 155, but not anymore.

Now paired up against vicious striker Rafael Fiziev for an intriguing battle of styles at UFC 256, Moicano tells Super Lutas he no longer cares about being ranked. Instead, Renato only wants to have his hand raised at the end of the fight and believes everything else will fall into place from there on out.

At first, I didn t take it kindly being removed from the rankings , Moicano said. We re athletes. Athletes are probably the people with the biggest egos. We re vain. We must acknowledge that if I stayed at featherweight, it would be worse for my career. I had to talk to the UFC, my weight cut was getting difficult and hindering me. The UFC told me: We re moving you, but you ll be unranked. At first, I thought I wouldn t leave the rankings, but I fought in March and I was removed. Then I thought f-ck it, none of this matters. What matters is to win .

After winning his UFC lightweight debut against Damir Hadzovic, Moicano is now ready go begin a new win streak against Fiziev. In Renato s opinion, Rafael is obviously a dangerous striker, but lacks skills in the grappling department, which is the Brazilian s strong suit.

I don t see him as a good grappler Moicano said. I don t see him taking me down, passing my guard and submitting me. I have an advantage on the ground, but I think this fight will play out mostly on the feet. It s not Muay Thai, it s not kickboxing, it s different. In my mind, I see a very competitive fight, very hard, but with me having my arm raised.

Before his submission win over Hadzovic, Renato Moicano 14-3-1 was on a two-fight losing skid, with knockout defeats to both Jose Aldo and Chan Sung Jung in his last two featherweight outings,

Now, the 31-year-old is expected to take on Rafael Fiziev at UFC 256, on December 12, at the UFC Apex, in Las Vegas. The card is scheduled to be headlined by a flyweight title fight between the champion, Deiveson Figueiredo, and challenger Brandon Moreno.