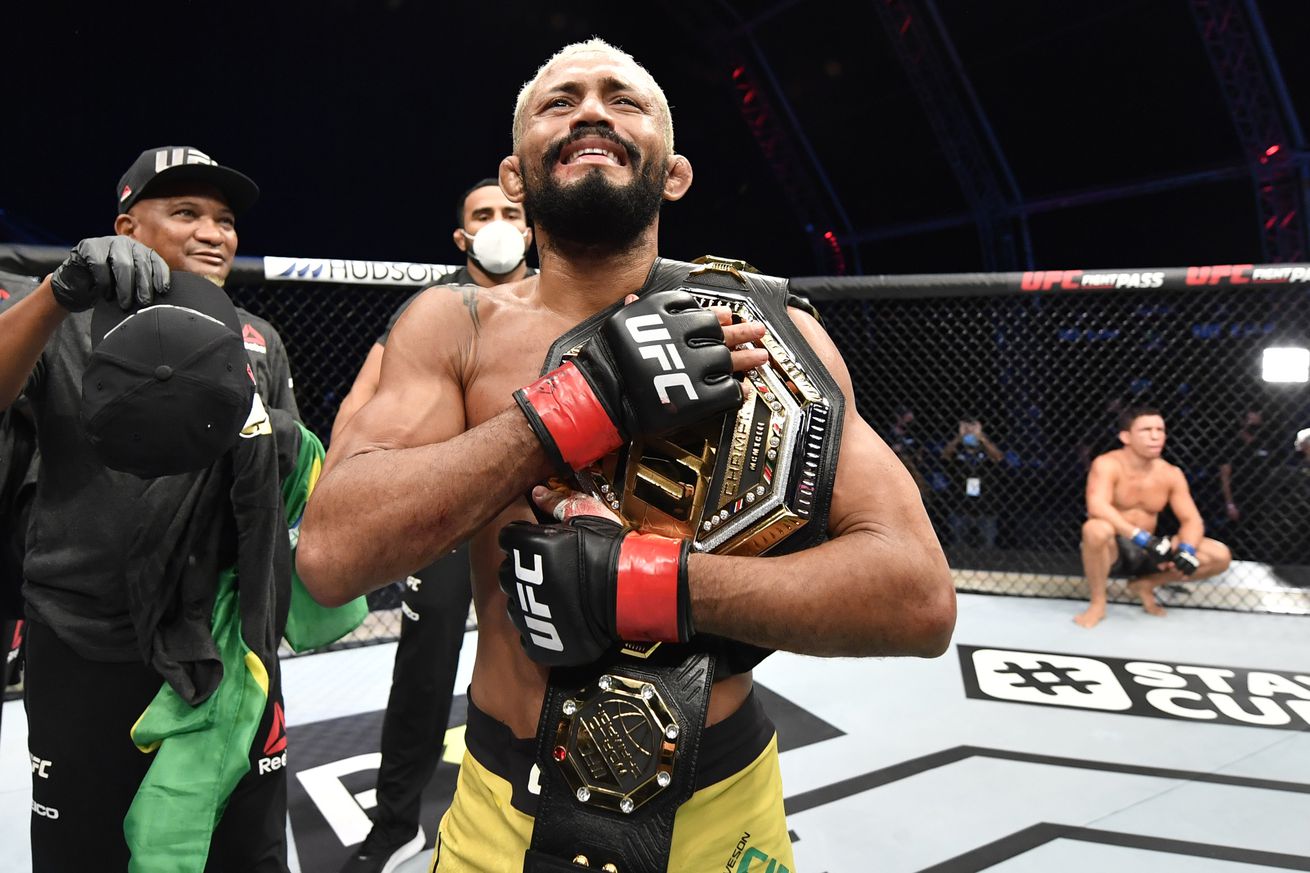 Check out the numbers behind UFC 256 s main event. Deiveson Figueiredo successfully defended the UFC flyweight title on November 21 with a submission victory over Alex Perez. Like his previous three fights, that bout ended by stoppage. Like two of those three outings, Perez fell in the first stanza. On Saturday, less than a month after that win, Figueiredo looks to make his second defense of the UFC 125-pound belt when he faces Brandon Moreno in the main event of UFC 256.

Figueiredo joined the UFC in 2017. He opened his run with the promotion with four straight wins. His only career loss came in 2019 when the recently released Jussier Formiga defeated him via decision. Since that setback, Figueiredo is 5-0.

Moreno was a member of Season 24 of The Ultimate Fighter. He lost his first fight on the reality show. The show was still airing when the UFC tapped Moreno to face Louis Smolka in October 2016. Moreno won that fight by submission in the first round. He then defeated Ryan Benoit and Dustin Ortiz before dropping two straight decisions.

During the UFC 255 post-fight press conference, UFC president Dana White said he wanted to pit Figueiredo against Moreno at UFC 256. The UFC quickly booked the fight and on Saturday, the two headline the UFC 256 fight card, which takes place at UFC Apex in Las Vegas.

Before UFC 256 takes place at UFC Apex, here are some facts, stats and numbers for Figueiredo vs. Perez.