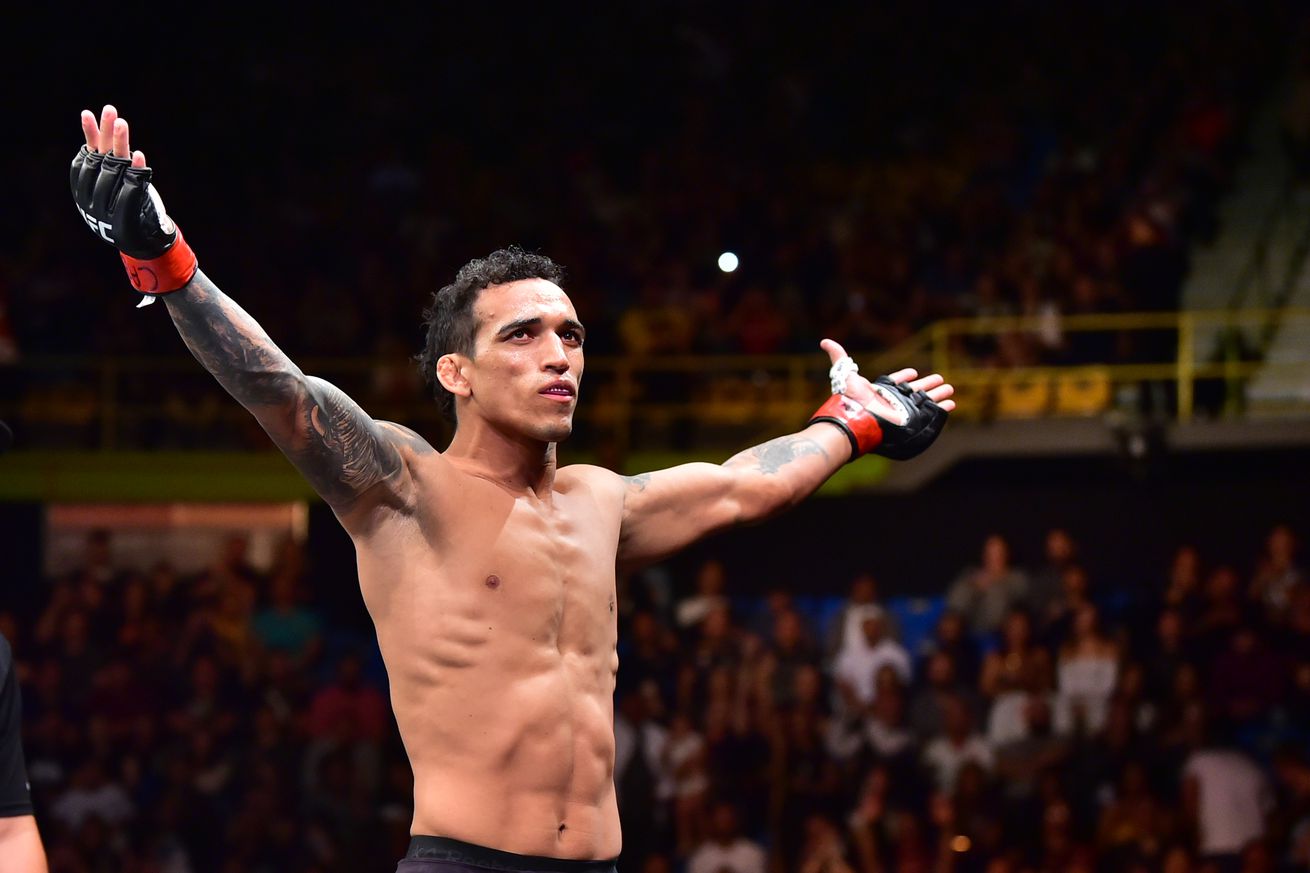 Charles Oliveira believes there will be no other clear title contender if he beats Tony Ferguson at UFC 256. UFC lightweight contender Charles Oliveira does not see any other clear contenders for the title in his division if he wins his fight at UFC 256. Paired up against former interim champion Tony Ferguson for a pivotal contest on Saturday night, Do Bronx is ready to make his case for a crack at the belt should he beat El Cucuy .

Already on a seven-fight win streak - all finishes - Oliveira is sure no other lightweight has such an impressive track record to take away his shot if he defeats Ferguson. With that in mind, Charles tells Combate all he needs to do is win and and then wait for the winner of the UFC 257 headliner, in January, between Conor McGregor and Dustin Poirier.

I took this fight already knowing what was going to happen. Who s going to fight for the belt? Justin Gaethje? He ran away the whole time in his fight against Khabib. He fought an ugly fight and got finished in the second round. The only reason why he didn t get finished in the first is because time ran out.

Dan Hooker is coming off a loss. Rafael dos Anjos comes off a win. He s a former champion, all right. He lost when fought for the welterweight title. Now he just got back and he s fighting for a title? There s no way. I m on a seven-fight win streak and the three guys ahead of me are all former interim champions. The only one who was an undisputed champion is Conor McGregor. There s no way out, no logic.

Although Charles believes everything is in motion for him to get his title shot next year, one thing could get in the way of his plans. Rumors of a potential return of former champion Khabib Nurmagomedov have arisen in the past weeks, which could leave Do Bronx hanging should the Eagle decide to actually come back for one more go in the Octagon. However, Oliveira is not too worried, because he does not believe the Russian will unretire.

In his impressive seven-fight win streak, Charles Oliveira 29-8-1 NC finished some notable names in the division, such as Jim Miller, Clay Guida and Kevin Lee, among others. The 31-year-old s last loss happened in December 2017, when he got TKO d by Paul Felder.

Now, Oliveira is expected to meet Ferguson at UFC 256, on December 12, at the UFC Apex, in Las Vegas. The card is scheduled to be headlined by a flyweight title fight between the champion, Deiveson Figueiredo, and top contender Brandon Moreno.