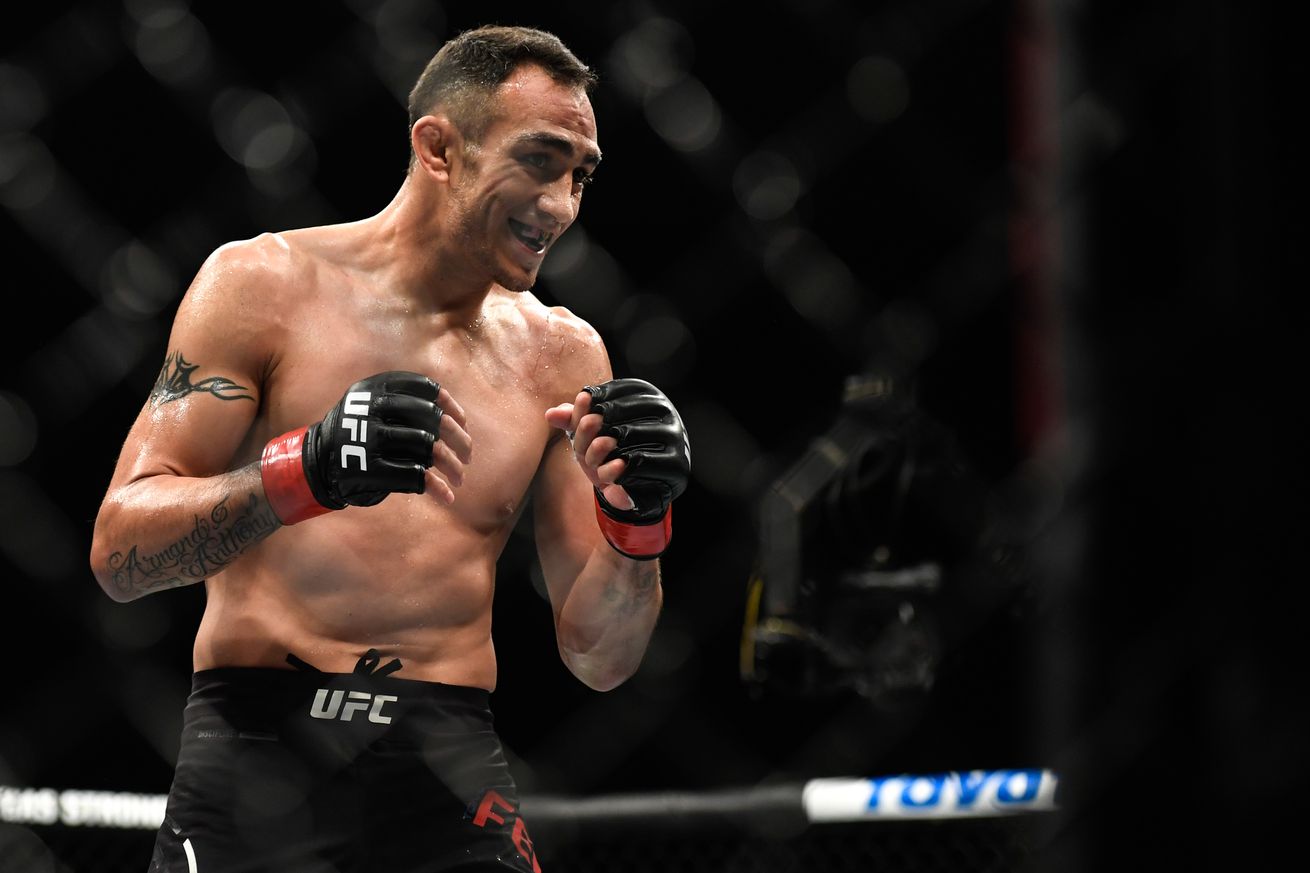 Check out the numbers behind UFC 256 s co-main event. There are questions about Tony Ferguson heading into his UFC 256 co-main event matchup opposite Charles Oliveira. Most of those questions stem from how his most recent fight, an interim title scrap opposite Justin Gaethje, ended.

MMA is the ultimate what have you done for me lately sport. Before the loss to Gaethje, Ferguson had won 12 consecutive fights in the UFC s lightweight division. Despite that, the brutal beating Gaethje doled out in May the fight ended with a fifth-round TKO win for Gaethje has left the soon to be 37-year-old Ferguson with a huge question mark hanging over his head.

Current lightweight champion Khabib Nurmagomedov told ESPN, Nobody can be the same for a long time one day, somebody gonna beat you, something gonna happen, God doesn t give nobody the power, reaction, mental, one level, always. One day you re going to go down and his day come. It was May. Tony Ferguson is finished now. He s gonna come back, and someone gonna beat him again, I believe. Because when you take damage like this, you ll never going to be the same. Never. Even if you re Tony Ferguson.

Ferguson gets the chance to prove his doubters wrong on Saturday at the UFC Apex in Las Vegas when he faces Oliveira, who hopes a win over the former interim champion will earn him a shot at the UFC 155-pound belt.

Oliveira has won his past seven fights and is coming off a March submission win over Kevin Lee. All seven of those victories have come by way of stoppage. The Lee fight was the first time Oliveira went to the third round during that stretch of victories, which began in 2018 with a first-round submission win over Clay Guida.

Before UFC 256 takes place at UFC Apex, here are some facts, stats and numbers for Ferguson vs. Oliveira.