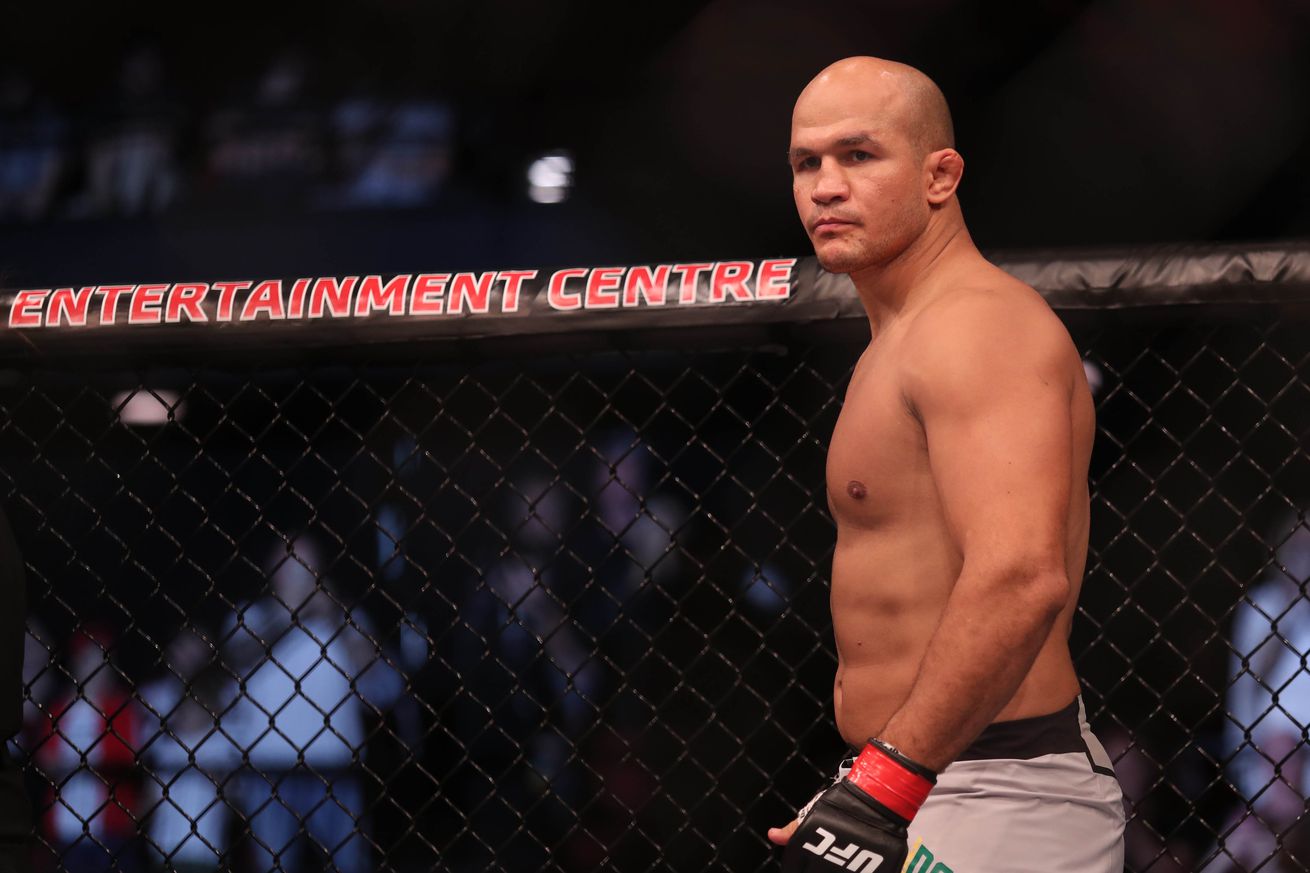 Former heavyweight champion Junior dos Santos expects a tough fight against Ciryl Gane at UFC 256. Former UFC heavyweight champion Junior dos Santos still believes he can take on the most dangerous up-and-comers that the hardest-hitting division in MMA has to offer. Paired up against kickboxer turned mixed martial artist Ciryl Gane for a battle of generations at UFC 256, JDS expects the this trip to the Octagon to end like so many others, with a knockout win.

In an interview with Combate, Cigano explained why he is not too worried about his opponent s game, and how experience has taught him to keep focus on himself, rather than his opponent. Most notably, JDS pointed to his fight against Jairzinho Rozenstruik, which he believes was a good outing for him at least up until the ending.

I ve always trained everything. I ve always prepared well for my fights, Dos Santos explained. In life, I learned we shouldn t emphasize what our opponents will do too much, we need to focus on ourselves. Impose the way we want to fight, not just defend from our opponent s strong suit. That has always been my mindset and will continue to be. Like the fight against Jairzinho. I trained a lot to take him down and fight on the ground, but I felt so good on the feet, everything was working. He didn t touch me in the first round, it was great, until his hand landed. I m prepared for anything. Once again, I ll impose my will.

When it comes to what threats Gane brings to the table, JDS is aware of the dangers in the Frenchman s arsenal, but still expects another knockout win. In fact, Cigano believes the matchup should make for what could be one of the most thrilling fights of the card.

He s dangerous, versatile. He moves well, he s pretty tough, Dos Santos revealed. He kicks hard, he has long arms, elbows, and an arsenal of submissions. So you could see some ground work in this fight. Depending on how the fight goes, he might try to take me down. I think it s a good fight, very exciting and interesting. Especially for the fans watching.

I ll show everything I ll have to show, he continued. I m ready for anything, but my intention is always to get a knockout. Obviously.

Currently on a three-fight losing skid, Junior dos Santos 21-8 was TKO d by Francis Ngannou, Curtis Blaydes, and Jairzinho Rozenstruik in his most recent outings. Before that, the 36-year-old was on a three-fight wining streak, with victories over Blagoy Ivanov, Tai Tuivasa and most recently, in March 2019, Derrick Lewis.

UFC 256 goes down on December 10, at the UFC Apex, in Las Vegas, NV. The card is scheduled to be headlined by a flyweight title fight between the champion, Deiveson Figueiredo, and top contender Brandon Moreno.