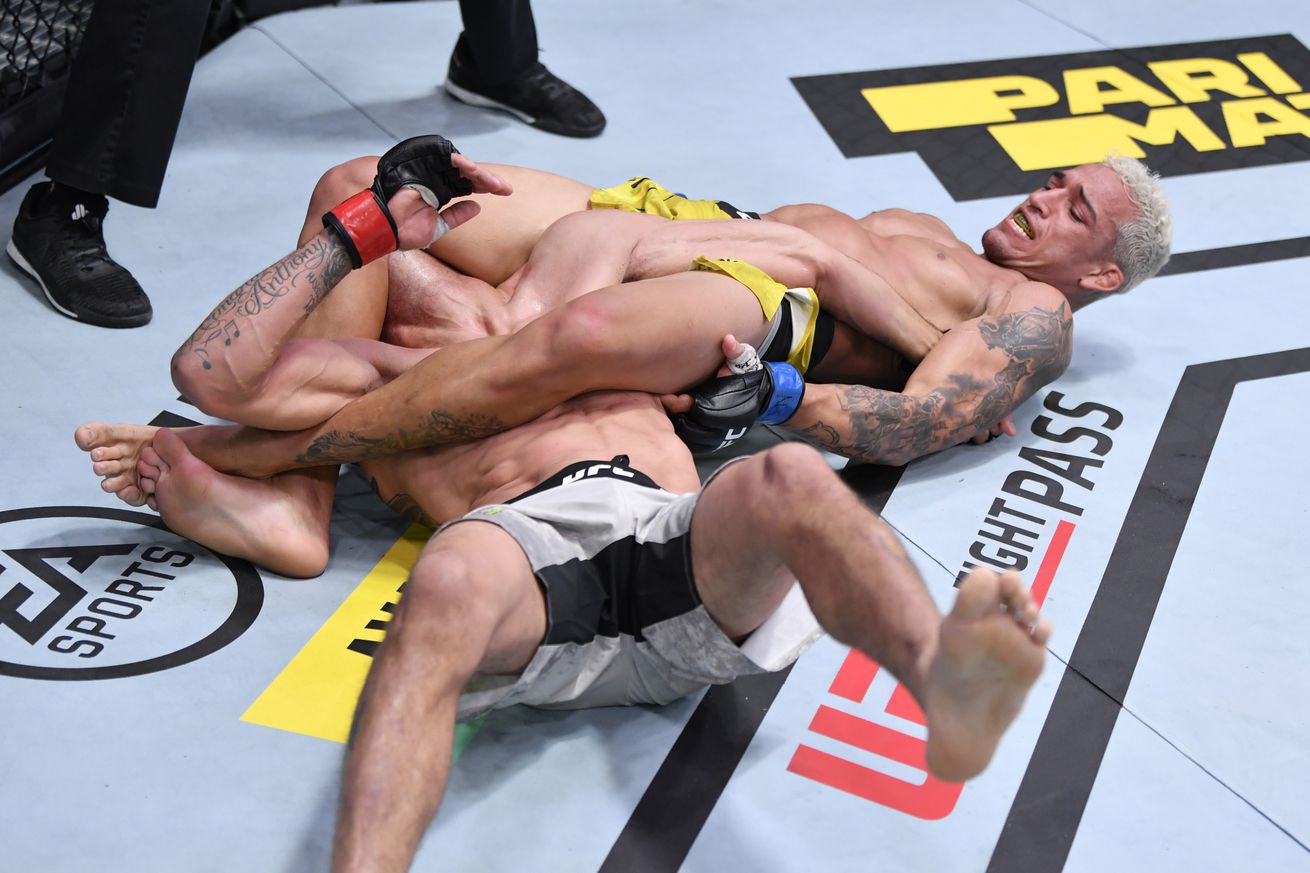 Oliveira dominant in win over Ferguson in the co-main event of UFC 256 Heading into Saturday s UFC 256 co-main event, no fighter had ever racked up more than 10 minutes of control time over Tony Ferguson. The highest control time Ferguson s previous opponents secured was the 9:29 Danny Castillo earned when he faced Ferguson in 2014. Ferguson won that fight by a split decision. At UFC 256, Charles Oliveira left his bout opposite Ferguson with 11:39 of control time in the 15-minute contest. Watching the fight, it felt like more. Oliveira won the contest by three scores of 30-26.

Entering the bout, Ferguson was the betting favorite, but there were questions about his age and how much his previous opponent, Justin Gaethje had taken from the soon to be 37-year-old Ferguson. Those questions remain because Saturday s scrap left it unclear if Ferguson had deteriorated or if everything had come together perfectly for Oliveira, who recently turned 31.

Oliveira began his UFC career in 2010. Over the first seven years of his time with the promotion, he went 10-8-0-1. In the past two years, the Brazilian has put together an 8-0 run with seven stoppage wins. Oliveira s win over Ferguson was his first bout to enter the third round during that stretch.

Oliveira dominated the entire fight opposite Ferguson. If current UFC lightweight champion Khabib Nurmagomedov is retired, Oliveira put himself in a prime spot to fight for the vacant title with his win over Ferguson.

Below, take a look at the final fight stats for the matchup between Ferguson and Oliveira.