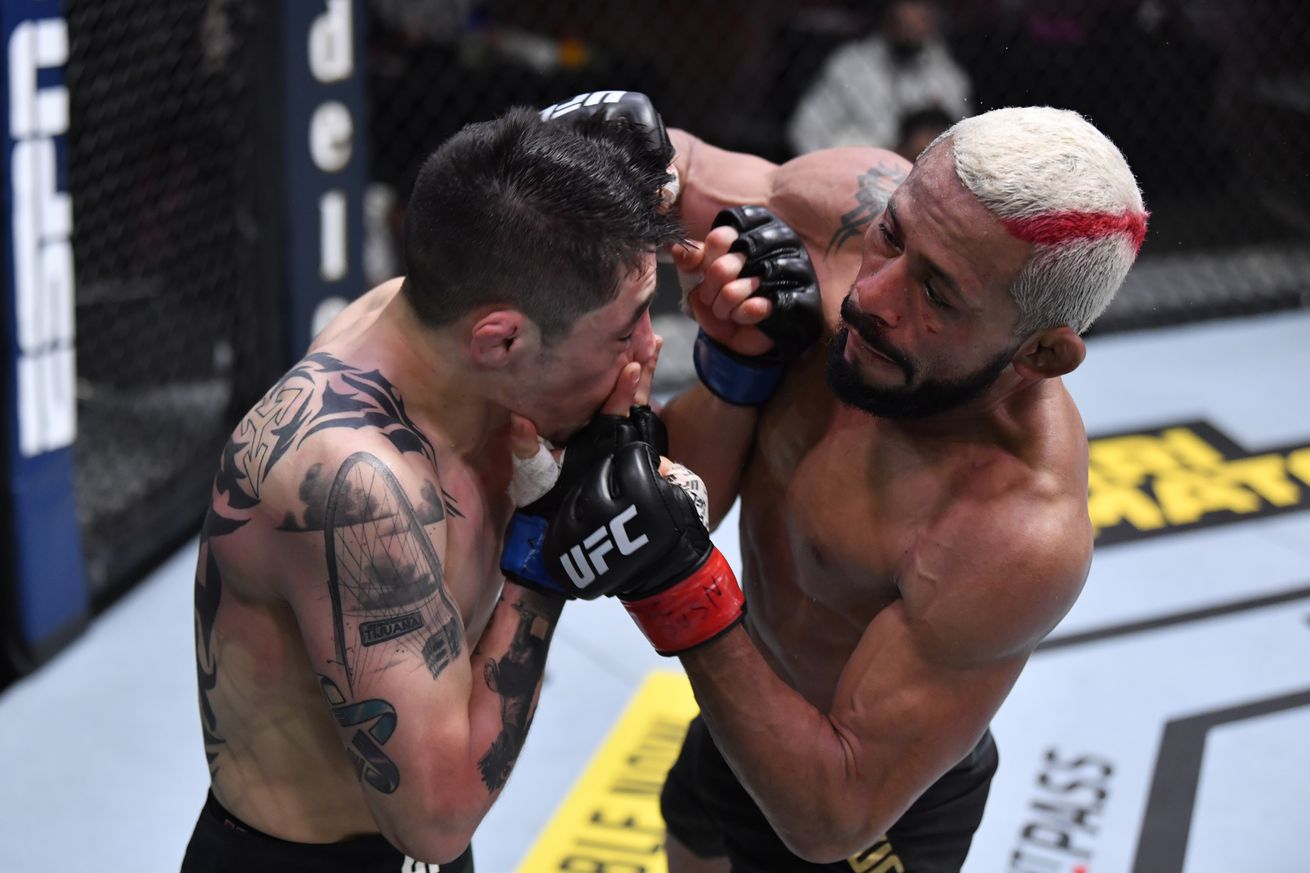 Which fighter dominated the stats in one of the best flyweight fights in UFC history? How good was the main event of UFC 256? Good enough that the bout between UFC flyweight champion Deiveson Figueiredo and challenger Brandon Moreno received accolades from fans and pundits before UFC commentator Joe Rogan interviewed Moreno after the fight ended.

The praise ranged from calling the contest the best fight of 2020 to saying the scrap was the best flyweight fight in UFC history. Wherever it falls in the history books, the matchup between Figueiredo and Moreno was, at the very least, an exciting and tense title fight. It was an excellent closing bout for the final UFC pay-per-view of the year.

Figueiredo retained his title with the fight ending by majority draw after five hard fought rounds. What made the contest all the more awe-inspiring is that the UFC booked it not long after Figueiredo and Moreno both won at UFC 255, which took place on November 21 at UFC Apex. The matchup came together on short notice after visa issues forced bantamweight titleholder Petr Yan out of his bout opposite Aljamain Sterling.

After the bout, UFC president Dana White said a rematch between the two 125-pound competitors was in the cards for 2021.

You absolutely, positively do that rematch, White said. That s another fun fight for us all to look forward to in 2021.

Referee Jason Herzog deducted a point from Figueiredo in the third round of the contest for a low blow, it was that point that resulted in two judges giving scores of 47-47 for the fight. Two of the judges scored the fifth and final round in favor of the champion, while one judge scored that round for the challenger. Had the judge who scored that round in favor of Moreno agreed with the two other judges, Figueiredo would have won the fight.

The stats in the final round favored Figueiredo, who doubled the significant striking output of Moreno and scored a takedown.

Below is a look at how the final fight stats played out for Figueiredo vs. Moreno, which took place at UFC Apex in Las Vegas.