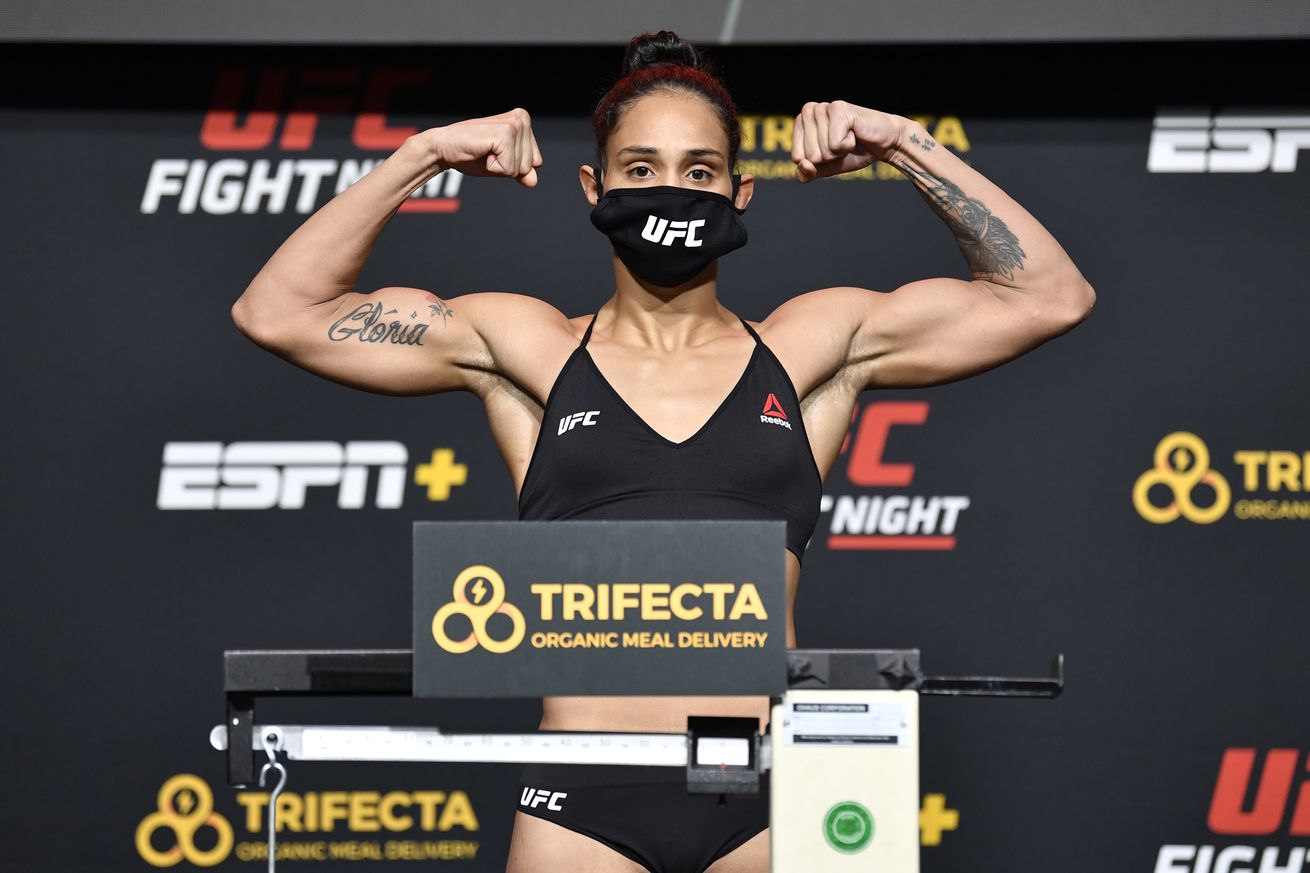 Flyweight Taila Santos will look to knock out grappler Gillian Robertson at UFC Vegas 17. In a battle of styles at the female flyweight division, Brazilian striker Taila Santos knows exactly what the best case scenario would be for herself. Paired up against Brazilian jiu-jitsu blackbelt Gillian Robertson at UFC Vegas 17, the Brazilian will be looking to end the fight on the feet at all times.

In an interview with Combate, Santos revealed she already had a gameplan for Robertson ready ever since June, when they were first expected to meet. Ever since that pairing fell through for undisclosed reasons, Taila only needed to perfect an already established strategy.

Robertson is on a nice win streak, including wins over Brazilians. Taila said. She s a good grappler, it s going to be an interesting fight. Since I was going to fight her in June and then it changed to Molly McCann, we had a gameplan pretty ready for her. I m sure Robertson will look for a ground fight, so we ll try to keep it standing and look for the knockout.

Originally scheduled to take on Montana De La Rosa back at UFC Vegas 16 just two weeks ago, Santos saw her fight get cancelled merely hours prior to the event, when her opponent s coach tested positive for COVID-19. Other than the frustration, though, Taila guarantees she will be 100 prepared to meet Robertson on Saturday, despite the short period between weight cuts.

I had just made weight. I was resting in my room, getting hydrated, then my coach came in and told me what happened. I got pretty upset at first, because I had already made weight and was ready to fight. Then I relaxed when I got another date, to fight Robertson. It s not the first time, so it wasn t too different for me. We just continued to work on something we had already been doing. I went straight into another diet, we continued our training camp. Nothing changed. We went back to the gym and kept at it.

Back in July, Santos 16-1 scored her first UFC win when she bested Molly McCann via unanimous decision. Before that, in her Octagon debut, the 27-year-old dropped a split decision to Mara Romero Borella, in February 2019.

Now, Taila Santos is expected to meet Robertson at UFC Vegas 17, on December 19, at the UFC Apex, in Las Vegas. The card is scheduled to be headlined by a welterweight bout between top contenders Stephen Thompson and Geoff Neal.