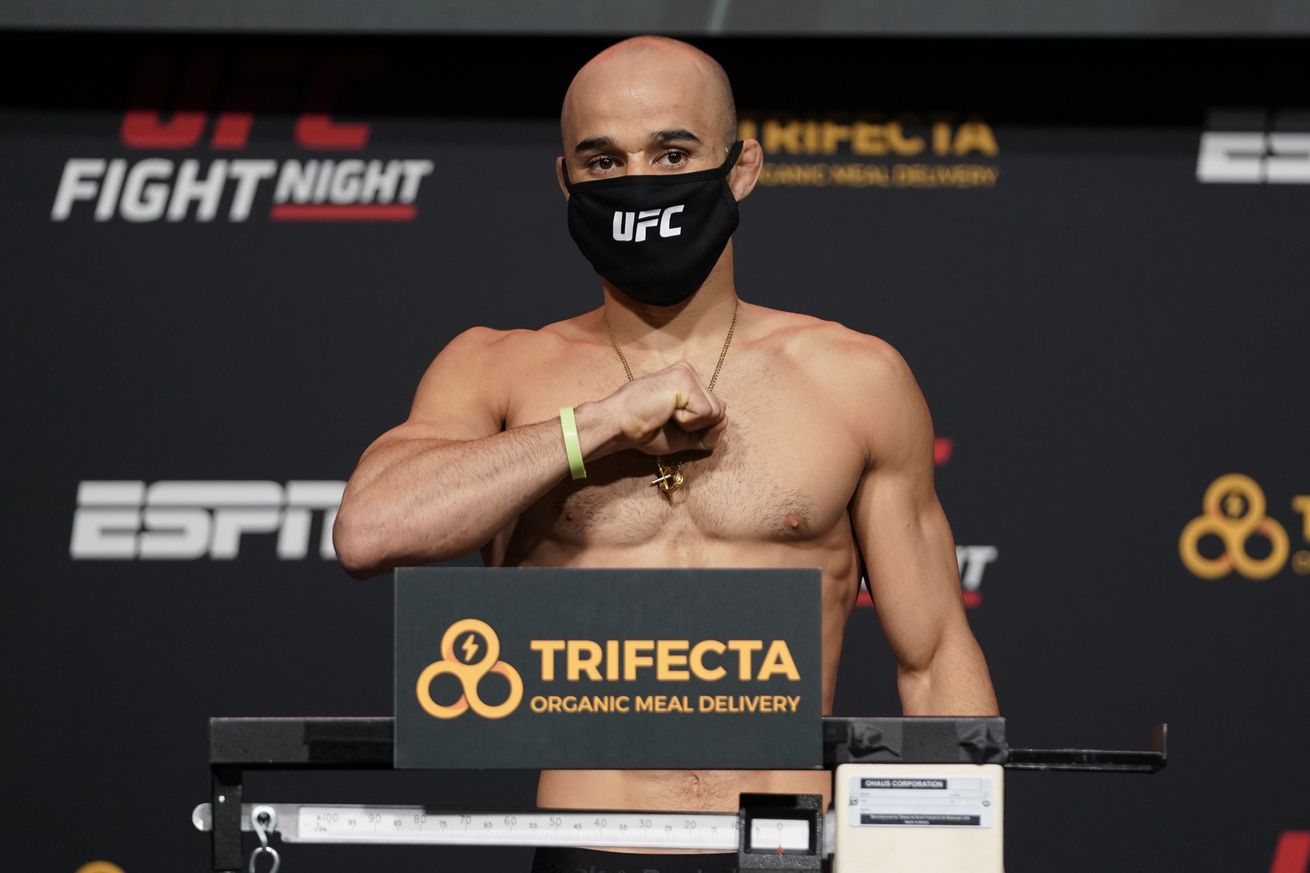 UFC Vegas 17 s Marlon Moraes would like a new opportunity to fight for UFC gold in the near future. Bantamweight knockout artist Marlon Moraes is ready to begin a new title run in the Octagon, starting at UFC Vegas 17. Paired up against Rob Font for tonight s show, the Brazilian expects to put on an impressive performance to bounce back from his recent loss to Cory Sandhagen.

In an interview with Combate, Moraes pointed how he feels more developed and well-rounded as a fighter nowadays, due to his move to American Top Team. At the new gym, Magic believes it will be only a matter of time before a new opportunity arises, so he wants to be ready for it.

I ve been evolving. I see myself as a much more complete fighter. I see that the change was good for me, my family, my profession. I m a happy guy. I m very prepared and thirsty for a win. I m in the mix for those who are not afraid of taking risks. Sooner or later the opportunity will come knocking and we need to be ready. I ve had my shot, but I m in search of a new one.

That s what I ve been searching for. he continued. A new opportunity within this year. After my last fight, that s what I asked for. To go out there again and have a new ending. As soon as the fight with Sandhagen was over, I was asking for a new opportunity. I wanted to come back this year and face someone in the top 10. Rob Font is a top 10 guy, too, even though he s number 11. There are some guys in the rankings who aren t even around anymore. It s a hard fight, but an opportunity to go out there and have a different ending. I m very motivated for this fight.

A fellow striker, Rob Font poses a threat for Moraes on the feet, even though that is also the Brazilian s specialty. Because of his opponent s longer reach, Moraes knows he will need to be intelligent to avoid getting caught up in Font s preferred distance, which is why Magic does not plan to respect Font s gameplan at all.

He s well-rounded. He has submissions wins, knockout wins. But he prefers to fight on the feet, to box, using the distance. That s the gameplan, to not respect his distance and bring him to my gameplan. Be faster and better than him on the feet. If I have the chance, I ll use my grappling, too. Not just to finish the fight, but to mix things up, as well. It s an MMA fight, so we need to be able to do it all in there.

Back in October, Marlon Moraes 23-7-1 suffered a unanimous decision loss to Cory Sandhagen. The defeat came right after a narrow split decision victory over former featherweight champion Jose Aldo, back in December 2019.

Now, Marlon Moraes is expected to take on Rob Font at UFC Vegas 17, at the UFC Apex, in Las Vegas, on December 19. The card is scheduled to be headlined by a welterweight bout between top contenders Stephen Thompson and Geoff Neal.