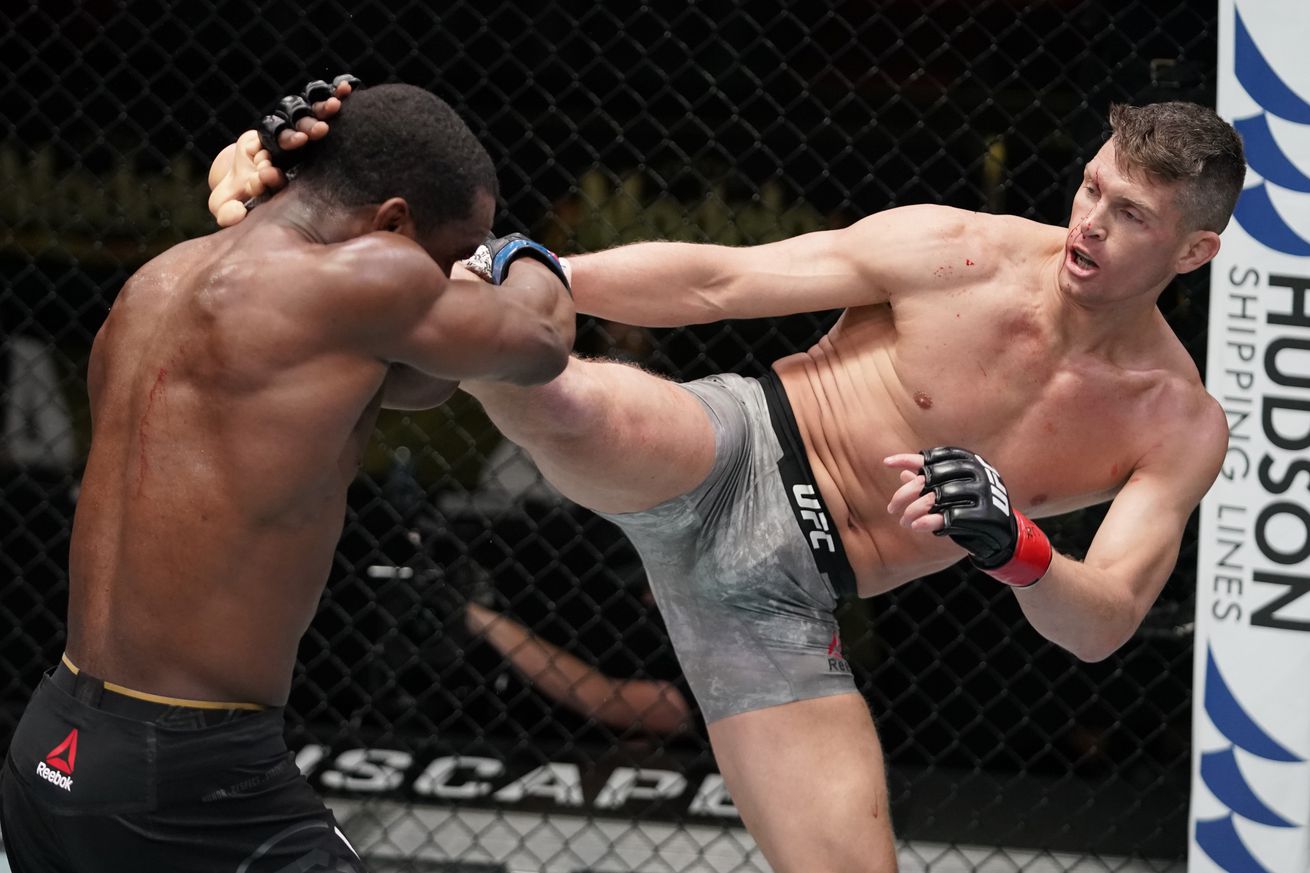 Stephen Thompson set a personal record in defeating Geoff Neal. Stephen Thompson made things look relatively easy on Saturday night in scoring a unanimous decision victory over Geoff Neal. Yes, left the octagon with a swollen right knee and a cut over his right eye, but neither of those injuries significantly slowed Thompson on his way to sweeping Neal on the scorecards.

Thompson didn t score a knockdown during the 25-minute contest, but over the first four rounds he more than doubled the landed significant strikes of his opponent. Thompson accomplished this through kicks and punching combinations that kept Neal on the outside for most of the contest. Thompson's performance was nearly a master class in how to frustrate an opponent and not allow them to get close enough to do any damage.

That brings up the injuries that Thompson sustained. The cut resulted from a head clash. The cut was in a bad spot, but Thompson s defense prevented Neal from exploiting that injury. The same could not be said of the cut that opened above Neal s right eye during that clash of heads. Thompson used his punches to cause the blood from that wound to run into Neal s eye.

The knee injury seemed to happen at the end of the fourth round. Thompson s knee was swollen before the last round began, but that did not slow him. The fifth round was Thompson s most productive. He landed 49 strikes on 115 attempts during those five minutes.

The 171 significant strikes Thompson landed against Neal was a personal best for him under the UFC banner. The former title challenger landed those strikes on 406 attempts for a significant striking percentage of 42 percent.

UFC Vegas 17 took place at UFC Apex in Las Vegas. Below are the full fight stats from the matchup between Thompson and Neal.