White wants Zhang s next fight to be in Asia 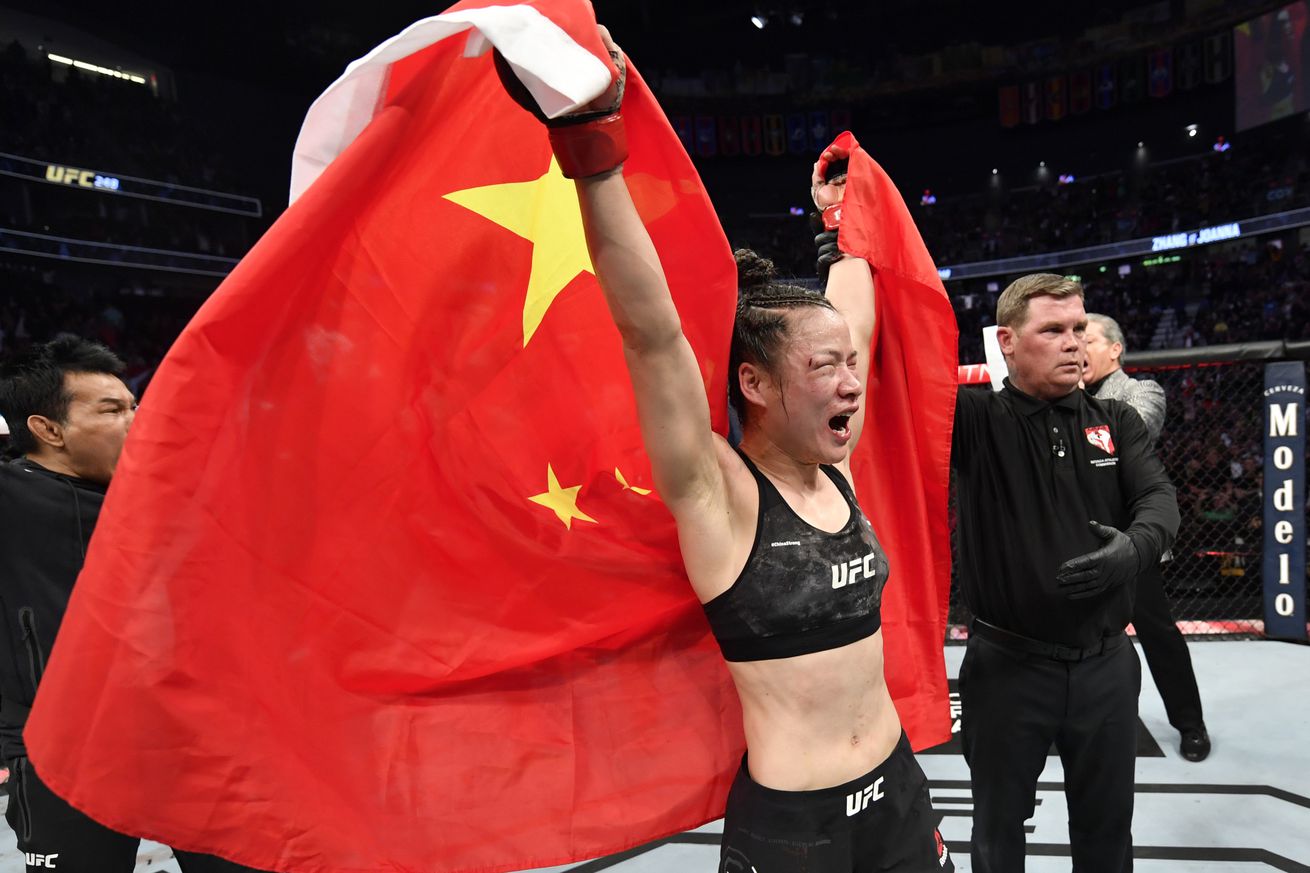 The next fight for strawweight champion Zhang Weili is in the works, according to UFC President Dana White. The return of Zhang Weili has remained a topic of conversation since her last show-stopping performance against Joanna Jedrzejczyk at UFC 248 last year. With Zhang inching closer to a year of inactivity since then, there is now some clarity on when she can be expected to appear inside of the Octagon again.

During an interview with Brett Okamoto of ESPN, UFC President Dana White shed some light on when Zhang is supposed to fight again as well as who it will likely be against and where it will be hosted.

We re working on her, too, said White. Obviously, the fight that everybody wants to see is her and Rose Namajunas . Hopefully we can get that done. If not, the next one in line would probably be Carla Esparza. So, we re looking at doing that fight this year and in Asia.

Namajunas, who solidified herself as the No. 1 contender at strawweight following a split decision victory over Jessica Andrade at UFC 251, seemed to be the name the UFC brass heavily considering for the next title challenger for Zhang. However, in recent weeks, there were rumblings that the UFC would be moving on from Namajunas as White stated she does not want a title shot .

Namajunas and her team refuted that statement and revealed they are still in talks with the UFC.

As for the location of Zhang s next title defense, it should be noted that this would be the first time the UFC has opted to hold an event outside of Las Vegas and Abu Dhabi since the start of the coronavirus pandemic. It is well-known that Zhang is quite the star in her native China. In 2019 she made history by becoming the first Chinese UFC champion.