Ribas wants fans to remember her fight at UFC 257 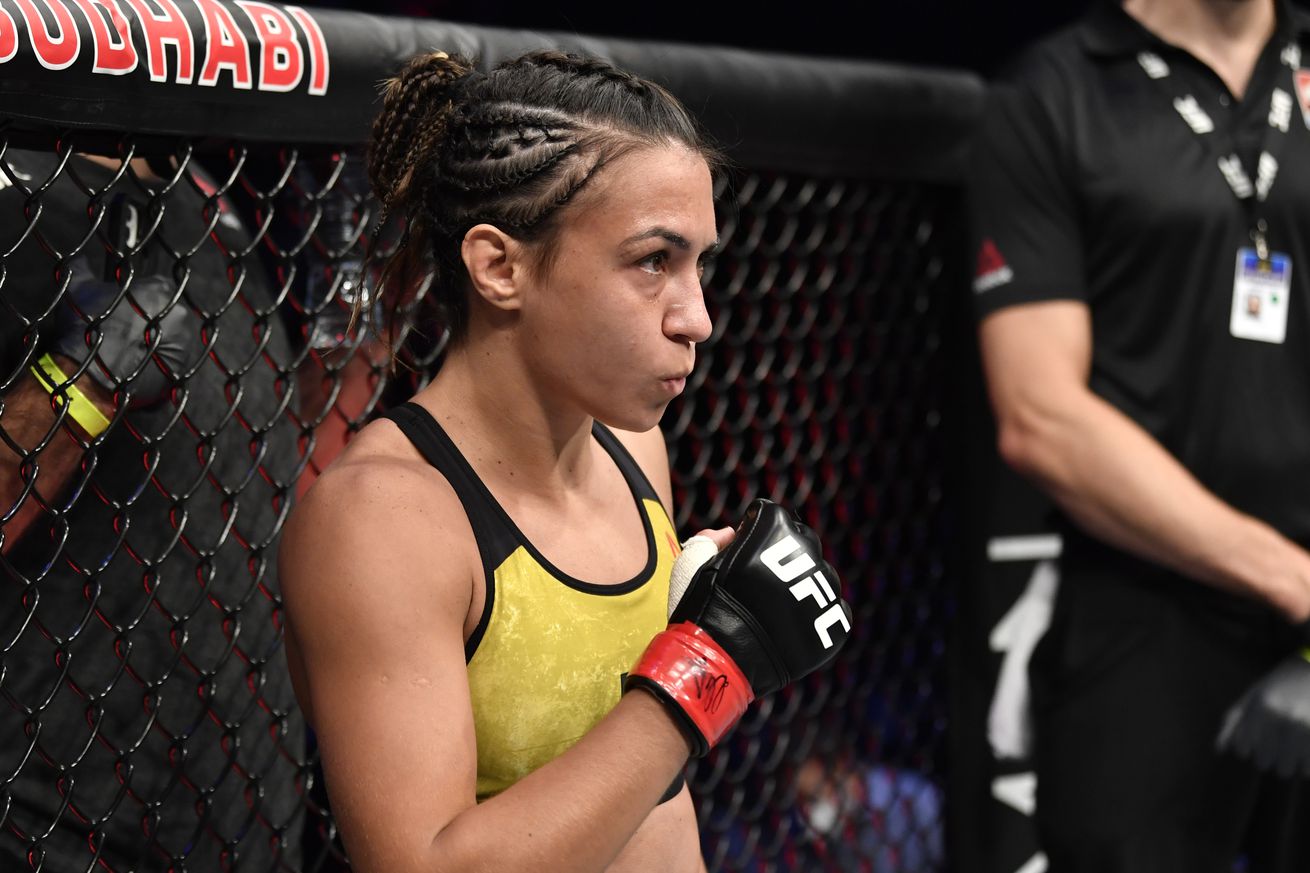 Strawweight Amanda Ribas plans to leave her mark against Marina Rodriguez at UFC 257. Strawweight hot prospect Amanda Ribas is ready to keep the hype going ahead of her fifth UFC outing. Paired up against fellow Brazilian Marina Rodriguez, on a card headlined by none other than Conor McGregor, the 27-year-old knows she needs to do something special to make the watchers remember her fight.

In an interview with Combate, Ribas hinted at what she may do against Rodriguez on January 24. Although she is both a judo and Brazilian jiu-jitsu blackbelt, with four of her 10 professional MMA wins coming by way of submission, Ribas said she might try to surprise Rodriguez on the feet in order to send a message to the fans and the rest of the division.

On paper, it would be safer for me to take the fight to the ground. But I ve been training so much muay thai that I want to showcase some of my striking, too. Marina is so good at muay thai, she s so complete as a striker, that I think it would be a way to show that my muay thai is good, too. I don t think her wrestling is bad. She can get up, pull guard. When she goes to the fence, she uses her elbow to make you forget about the takedown.

People have been talking a lot about Conor McGregor and Dustin Poirier when discussing this card. I want them to remember my fight. she continued. In order to be different, I need to do something nobody expects. Everyone expects me to go to the ground. I ll try to do something different.

Still undefeated in the Octagon, Ribas 10-1 currently rides a four-fight winning streak in the UFC. So far, the 27-year-old gathered victories over Emily Whitmire, Mackenzie Dern, Randa Markos and most recently, back in July 2020, Paige VanZant. Her last and only loss dates back to a November 2015 KO loss to Polyana Viana.

Now, Ribas is expected to take on Marina Rodriguez at UFC 257, on January 24, at the UFC Apex, in Las Vegas. The card is scheduled to be headlined by a lightweight bout between former double champion Conor McGregor and ex-interim title-holder Dustin Poirier.