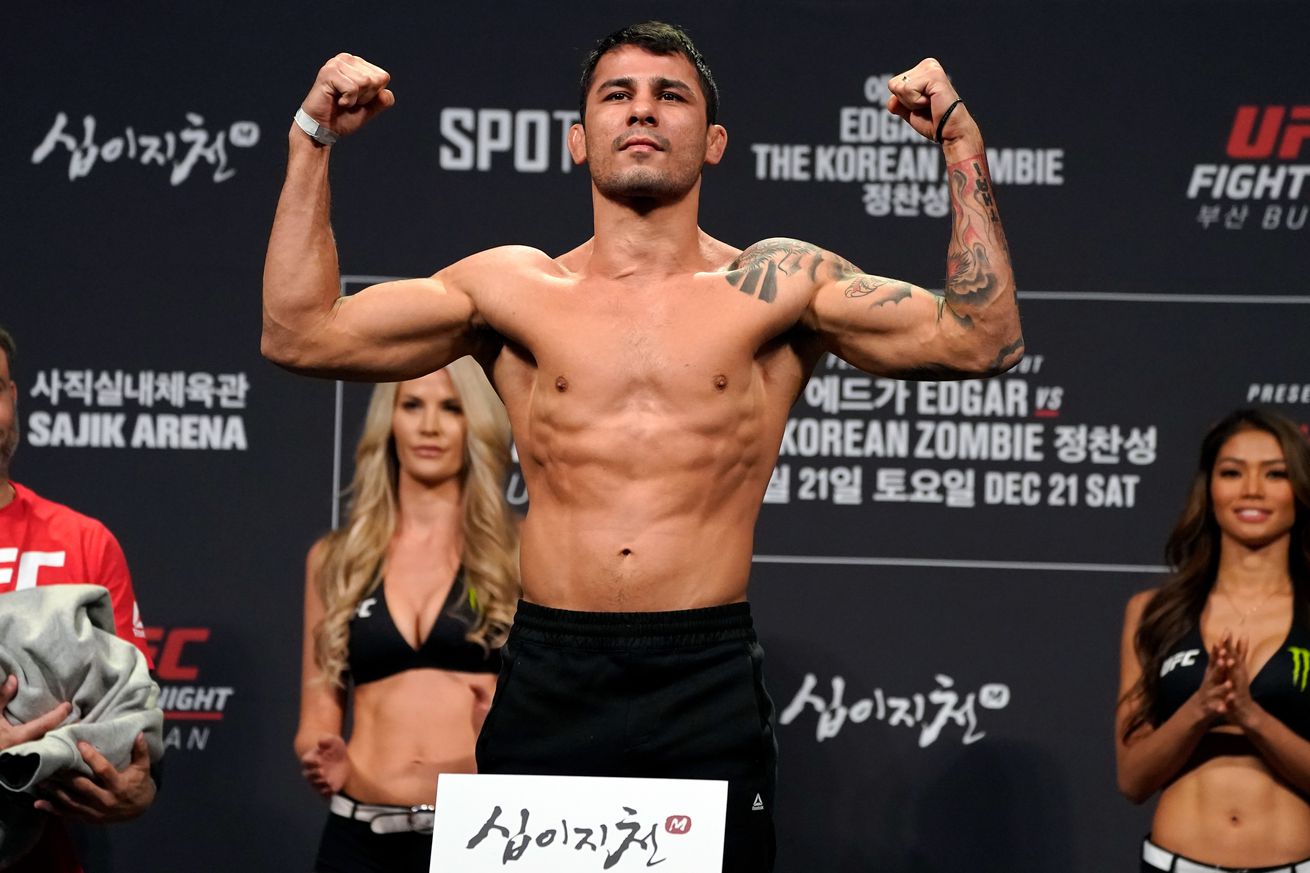 UFC flyweight Alexandre Pantoja is excited to share the Octagon with former Rizin champion Manel Kape. UFC flyweight contender Alexandre Pantoja is looking forward to his next challenge in the Octagon. Paired up against the former Rizin Fighting Federation champion, Manel Kape, at UFC Vegas 18, the Brazilian has high expectations for an action-packed battle and hopes to score a bonus along the way.

In an interview with Combate, Pantoja had nothing but praise for his opponent. As the number 5 man in his division, Pantoja knows how much the UFC expects from Kape by throwing the ex-Rizin champ straight into the division s top 5, so the Brazilian hopes to not disappoint.

Manel is a champion, I m very happy with this fight, it s a great challenge. They matched him up with me as a test. Straight into the top 5 and against an aggressive guy, just like him. The UFC expects a great show on Saturday, and that s what we re going to deliver. Who knows, it might even be Fight of the Night. He s a young fighter, very explosive. He likes to walk forward and has heavy hands.

Despite being a champion in another organization, with scary knockout power for a flyweight, Kape still has holes in his game, says Pantoja. From where the Brazilian stands, he says it s easy to notice Manel s lack of a ground game, which Pantoja plans to capitalize on when they meet.

I did see some flaws. He has almost no jiu-jitsu, even though he has some submissions on his record. I believe those wins were against guys even less skilled on the ground than him. It could be a path for me. But I do like a wild fight. I enjoy striking. I even get frustrated when I want to strike and the other guy wants to hold me all the time. You can grapple, but you need to develop it, not just hold me.

Should Pantoja emerge victorious, he hopes to meet the now undisputed champion Deiveson Figueiredo, again who bested Pantoja via unanimous decision back 2019. With a win over Kape, Pantoja believes he would be close to having his wish granted and ready to show he can take Daico out in a rematch.

I want to have a really good outing on Saturday night and aim for the top. I really want to fight Deiveson again and I ll be ready for it. I sincerely hope I can face him in Brazil. Deiveson is a really good champion, I ve had the privilege of fighting him once and it was a great fight. I really hope I can face him again. If it s for the belt, even better, but it doesn t matter. As a fighter, I d really like to face him. In his Brandon Moreno fight, I thought he won even with the point deduction. No doubt about it, I think Deiveson wins the rematch before it goes to the judges.

In his last outing, Alexandre Pantoja 22-5 dropped a unanimous decision to Askar Askarov, back in July 2020. Before that, the 30-year-old scored a knockout victory over Matt Schnell, in December 2019.

Now, Alexandre Pantoja is expected to meet Manel Kape at UFC Vegas 18, at the UFC Apex, in Las Vegas, on February 6. The card is scheduled to be headlined by a heavyweight bout between contenders Alistair Overeem and Alexander Volkov.