Khabib is an inspiration to me, says UFC 258 s Rodolfo Vieira 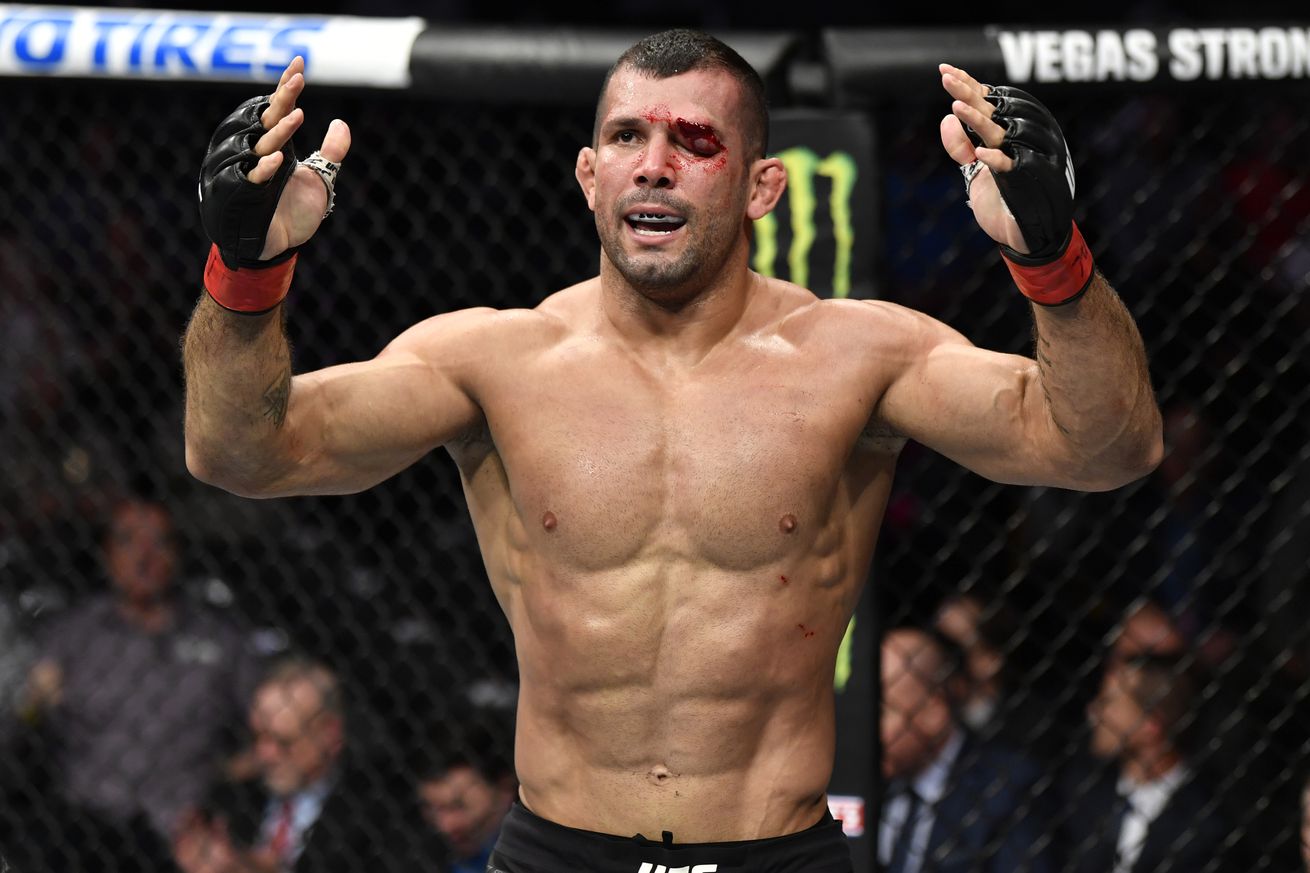 Brazilian jiu-jitsu star Rodolfo Vieira wants to become as dominant as Khabib Nurmagomedov in the UFC. Four-time Brazilian jiu-jitsu World Champion Rodolfo Vieira still is still looking to improve his grappling while his mixed martial arts career develops. Paired up against Anthony Hernandez for a middleweight bout at UFC 258, the 31-year-old wants to show fans he has more than just ground skills, though.

In an interview with Ag Fight, Vieira explained his strong suit will always be jiu-jitsu, but does not want opponents to take his striking for granted, too. Although Rodolfo knows his evolution is a slow process, he is confident fans will witness his best version so far in this next outing.

I won t hide from anybody that I intend to use my jiu-jitsu, Vieira said. I can t. It s where I feel the safest and where I can really show my skills. I ll use it in all of my next fights until somebody stops me and and forces me to strike. Then I ll show that part of my game. It s been working, so there s no reason to do something different. But you can expect a much better Rodolfo than the one from my last fight, that s for sure. I feel more comfortable, more confident. My striking is improving, my jiu-jitsu is more adapted to MMA. I feel like I m evolving and you ll see a change.

On his path to become a better mixed martial artist, Vieira only takes inspiration from the best to ever do it. While he trains to become a well-rounded athlete and aims at the division s top 15, Rodolfo eyes to become as dominant as former lightweight champion Khabib Nurmagomedov, who the Brazilian calls his biggest role model alongside Demian Maia.

Khabib is an inspiration to me, Vieira said. I think his style is fantastic. The dominance, the pressure he puts on his opponents every round. Every moment he spends in the Octagon, he is going after his opponent and trying to establish his gameplan. To do what he does is next level. It s what I want. I work hard at the gym to come close to that. I want to have a jiu-jitsu like Demian Maia and his Khabib s control, takedowns and ground and pound. If I can come close to their level, I think I ll be pretty successful. If I get just a little close, I ll be happy.

Still undefeated, Rodolfo Vieira 7-0 will look for his third UFC win against Hernandez. So far, the 31-year-old tapped out both Oskar Piechota and Saparbek Safarov via arm-triangle choke in both of his Octagon showings.

Now, Rodolfo Vieira is expected to take on Anthony Hernandez at UFC 258, at the UFC Apex, in Las Vegas, on February 13. The card is scheduled to be headlined by a welterweight title fight between the champion, Kamaru Usman, and top contender Gilbert Burns.