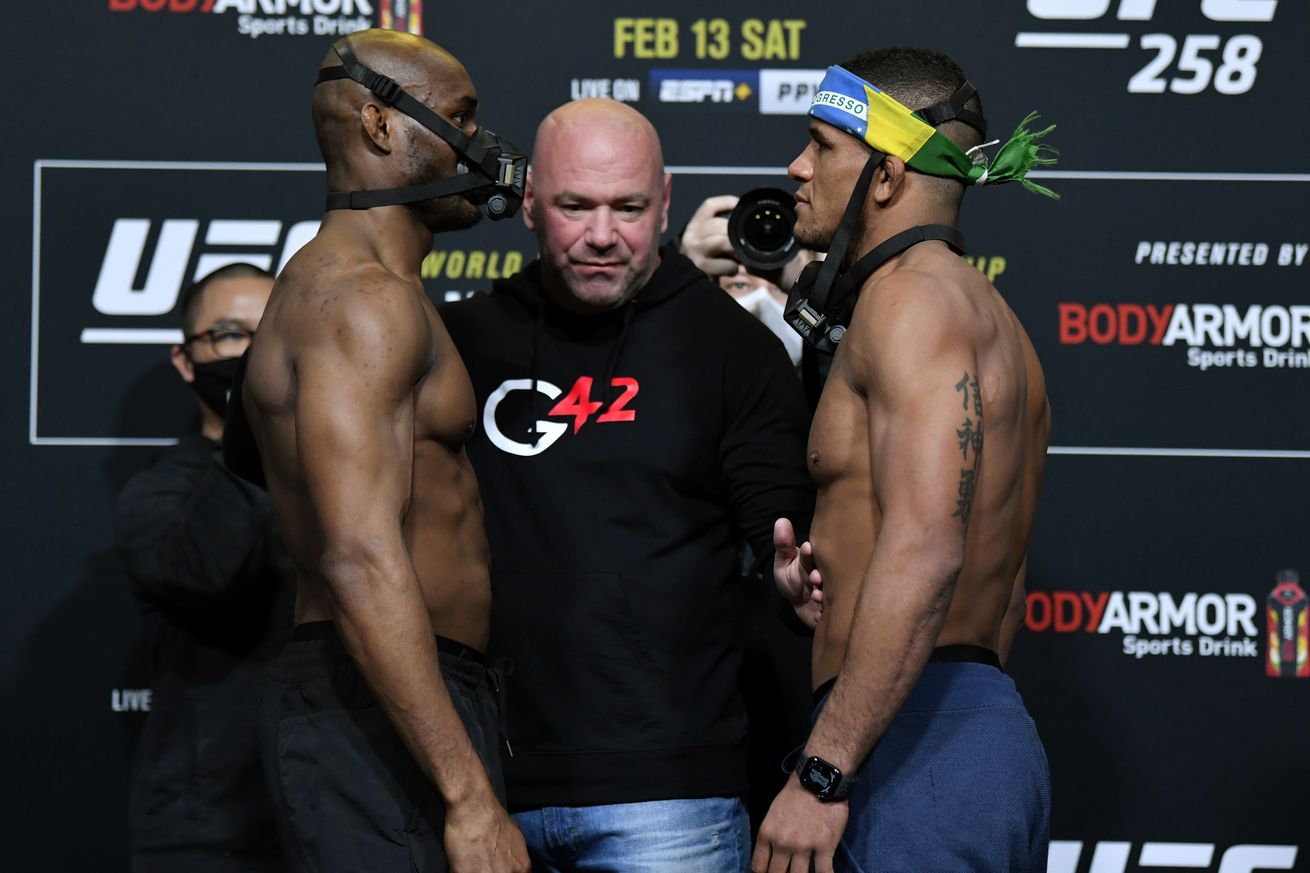 Today s show will be headlined by a welterweight title fight between former teammates, when champion Kamaru Usman meets top contender Gilbert Burns. The co-main will come in the women s flyweight division, with Maycee Barber making her return from injury to face Alexa Grasso.

This post will cover the preliminary and main card right up to the main event. The headliner will have a standalone play-by-play post.

Today s show is a standard PPV. There are two Fight Pass fights, which should kick off around 7pm ET 4pm PT. Things will move to ESPN and ESPN for four more fights at 8pm ET, and then we ll go over to PPV at 10pm ET as per the norm. Bobby Green vs. Jim Miller is off the card now due to Green s backstage collapse after the weigh-ins.

EDIT - Gillian Robertson vs. Miranda Maverick was just removed from the card as well. So we ll probably start things a half hour later than expected.