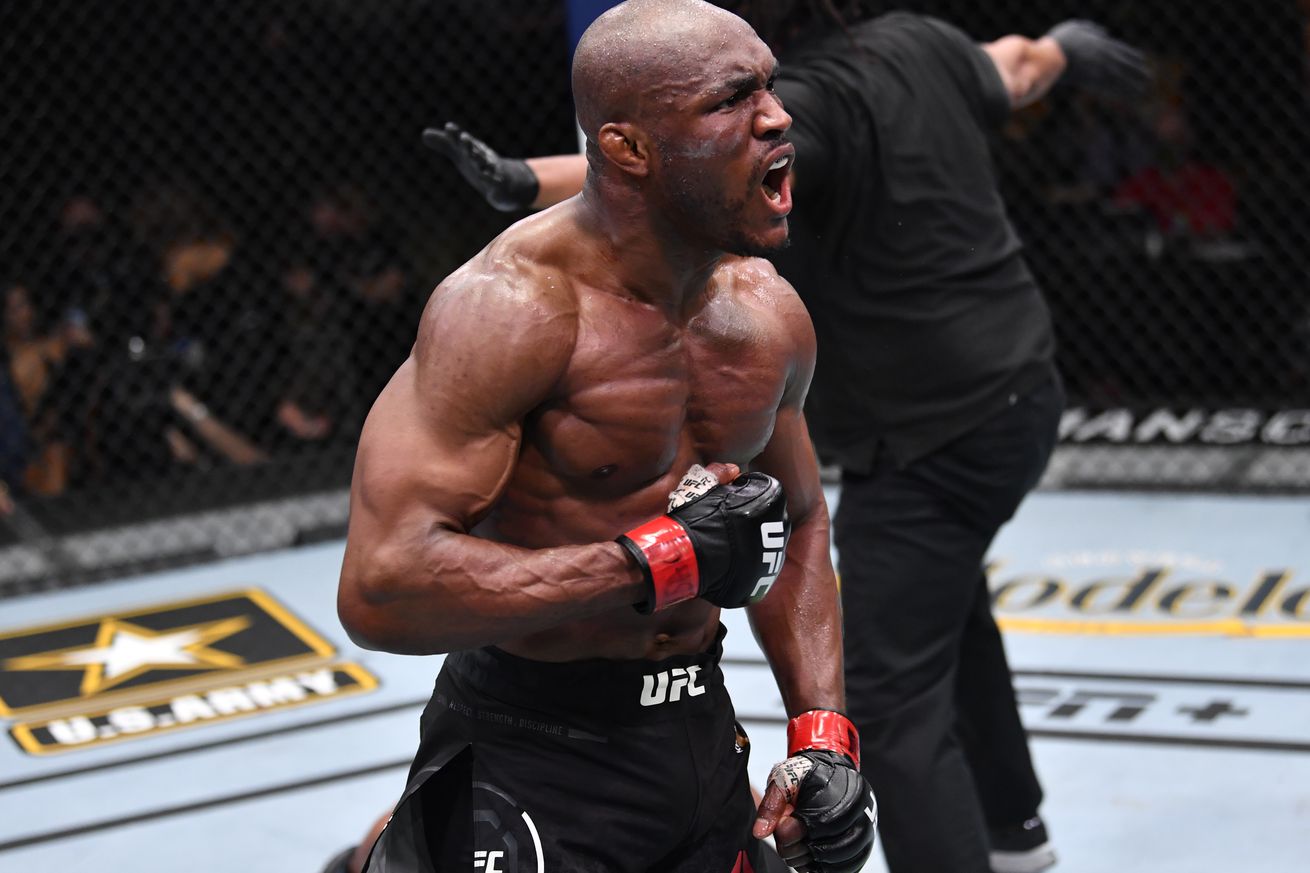 Kamaru Usman had a rough start but he recovered and got the stoppage win over Gilbert Burns at UFC 258. Gilbert Burns rocked Kamaru Usman early in their welterweight matchup on Saturday night, but Usman quickly righted the ship and defended his UFC welterweight crown with a third-round TKO win over his former teammate. The bout served as the main event of the UFC 258 pay-per-view card.

Burns had a power advantage in his strikes, but Usman remained focused and chipped away at the No. 1 ranked contender with a piston-like jab. It was that jab that led to a knockdown early in the third round. Once Burns hit that mat, Usman finished the fight with ground strikes. He wrapped things up 34 seconds into the third stanza.

With the win, Usman broke a tie with former two-division champion for longest winning streak in UFC welterweight history. Usman, who debuted with the promotion in 2015, has won 13 fights in a row under the UFC banner. The win over Burns was his third defense of the 170-pound crown he won in 2019 with a decision victory over Tyron Woodley.

UFC 258 took place at UFC Apex in Las Vegas. The main card streamed on ESPN pay-per-view following prelims on ESPN and ESPN and an early prelim bout on ESPN and UFC Fight pass.

Below are the final fight stats for the matchup between Usman and Burns.