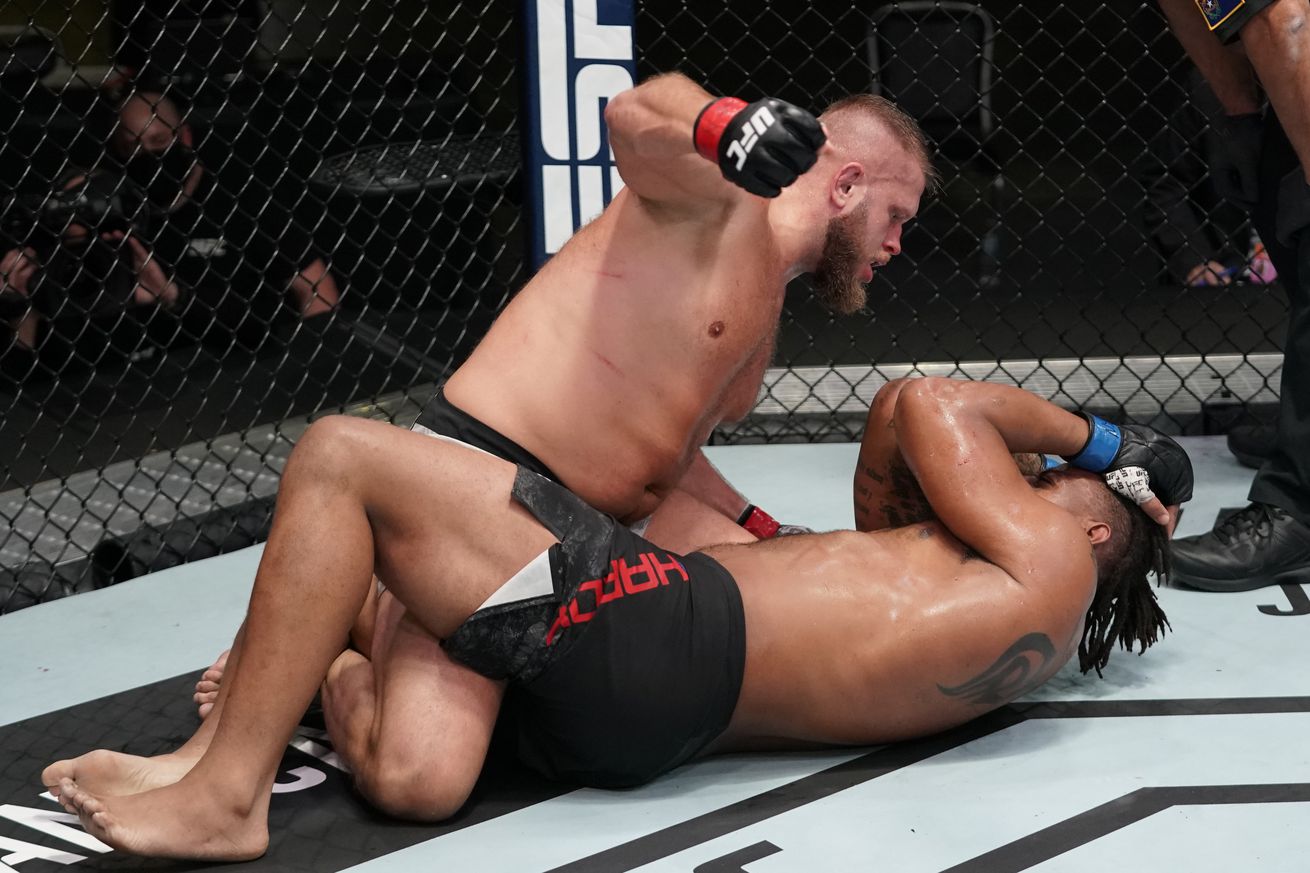 Get the Full StoryPhoto by Cooper Neill Zuffa LLC

WP SportoweFakty reports that a fight between Marcin Tybura and Blagoy Ivanov is agreed to for this March 27th pay-per-view in Las Vegas. No official UFC announcement has been made as of yet.

Tybura 21-6 is on a four-fight winning streak, with all of those victories coming in 2020. After getting decisions over Sergey Spivak, Maxim Grishin, and Ben Rothwell, the native of Poland overcame a rough first round to hand Greg Hardy a second-round TKO defeat via ground-and-pound strikes. Now even though he s won four straight, he s still two spots below Ivanov in the official UFC rankings #15 vs. #13 .

Ivanov 18-4-1 NC has been a bit unlucky with the judges over his past two fights. The Bulgarian was on the wrong end of split decisions against both Derrick Lewis and Augusto Sakai. On the other hand, he was perhaps a bit fortunate to get a unanimous decision versus Ben Rothwell in his favor back in 2019. Still, with a 2-3 mark in the UFC, the former WSOF PFL heavyweight champion is in must-win territory.

UFC 260 features a pair of title fights, with the aforementioned heavyweight championship between Stipe Miocic and Francis Ngannou in the main event, while men s featherweight king Alex Volkanovski takes on Brian Ortega in the co-main.