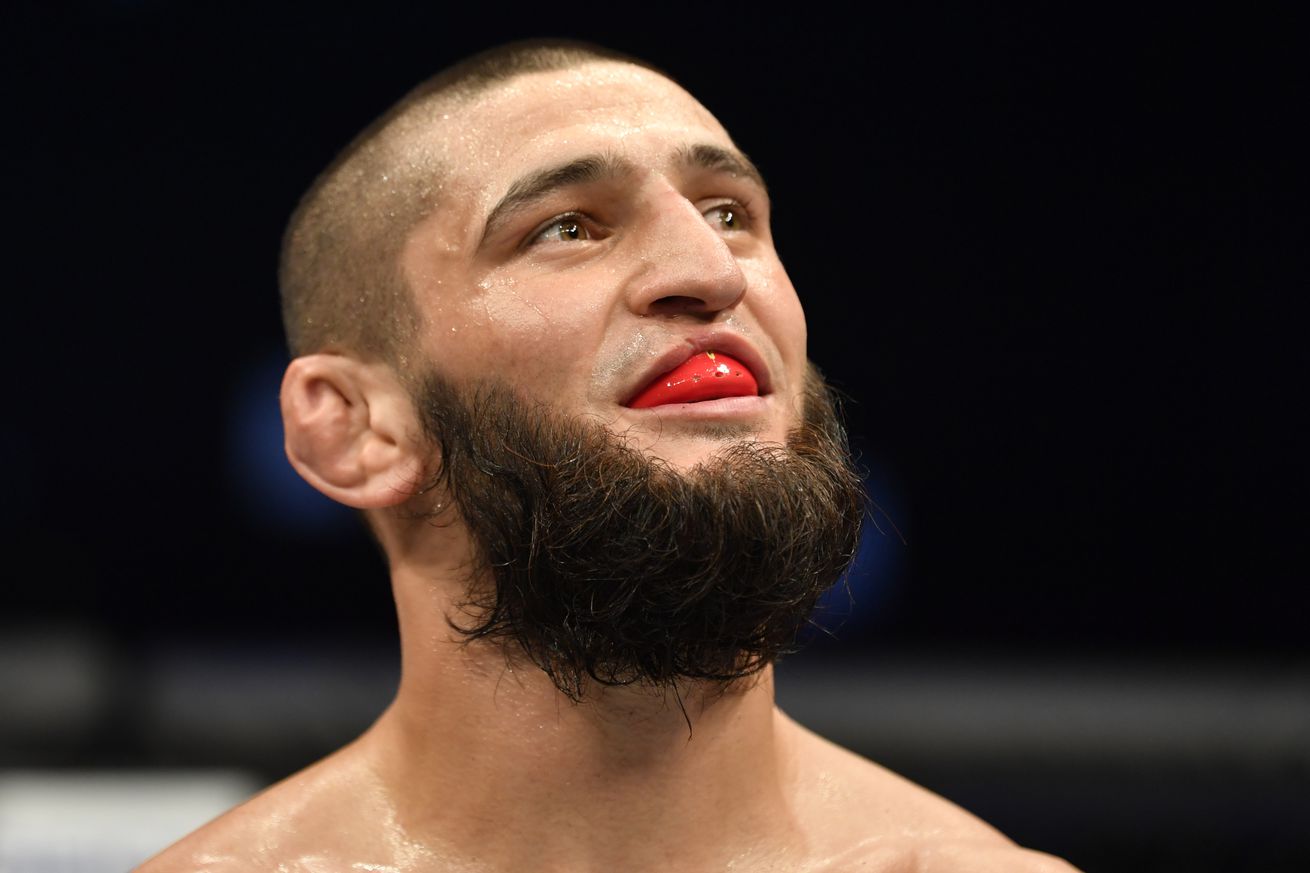 More than 50 UFC fighters have tested positive for COVID-19, why is only one getting special attention? In December, Khamzat Chimaev tested positive for COVID-19. The positive test forced him from a scheduled January bout against Leon Edwards. Chimaev s manager, Ali Abdelaziz, said his fighter s lungs had not recovered from his bout with COVID-19 and that was the reason for the withdrawal from January 20 event. Chimaev s positive test came not long after Edwards dropped out of a December 19 contest opposite Chimaev after he contracted the novel coronavirus. Edwards reportedly lost over 10 pounds in four days after he fell ill. A few days ago, Chimaev s team said the fighter had attempted to train and he thought he was going to die. He was really bad.

Majdi Shammas, the CEO of Allstars Training Center, went into more detail, It s crazy. I have no words, Shammas told Front Kick. He insisted that he wanted to train, then we tried and it failed. He was really bad. He didn t even do two rounds straight. He did one round, rested, then he started coughing and started feeling ill again. We had to cancel the training, even had an ambulance to the hospital.

According to Abdelaziz, who spoke to ESPN, the 26-year-old Chimaev is on his way to Las Vegas to get care in the U.S.

On a micro-level, we should applaud the UFC for attempting to get Chimaev the care he needs, but when the lens is opened wide, there are over 50 other UFC fighters who did not get the care the UFC is offering Chimaev. That s an enormous concern and once again points to the fact the UFC often plays favorites.

Yes, from what we know, Chimaev is the UFC fighter who is struggling the most with his recovery from COVID-19, but he is not the only UFC fighter who has suffered from the long-term effects of the virus.

According to ESPN, Cody Garbrandt, who was forced out of a 125-pound title shot in October, was suffering from vertigo, body aches and fatigue months after he tested positive for COVID-19. The former bantamweight champion was also on medication to deal with blood clots, another long-term issue associated with COVID-19.

Earlier this week, Bloody Elbow reached out to the UFC to see what it had done or was planning to do for fighters who had suffered from COVID-19 or were dealing with the long-term effects of COVID-19. The promotion did not respond.

The UFC does not offer health insurance to its fighters. The coverage the promotion offers, as far as the best information available, is the promotion s insurance covers injuries and not illness while preparing for a booked fight. The injury coverage includes a per incident deductible.

With the UFC running more than 40 events in 2020 and the assumption the promotion will attempt to hold close to that number in 2021, the UFC should provide at the very least some type of pandemic related health insurance. If the promotion expects fighters to train in proximity to others during the COVID-19 pandemic, the UFC should be willing to help the fighters if they fall ill while preparing to fight on a UFC card. The defense for not doing so will probably be the UFC is not forcing its athletes, who are independent contractors, to fight during the pandemic. However, that leaves out the fact the fighters don t get paid unless they compete. So, those fighters who are living only on their UFC wages most likely need to fight under the current circumstances. That s not only unfair, but unhealthy.

I understand the UFC is doing a good thing for Chimaev and that on the surface should be applauded, but in the big picture that leaves every other fighter on the roster to fend for themselves if they do test positive for COVID-19. If the UFC wants to do the right thing, it would offer every fighter on the roster the same courtesy and care it s offering Chimaev.