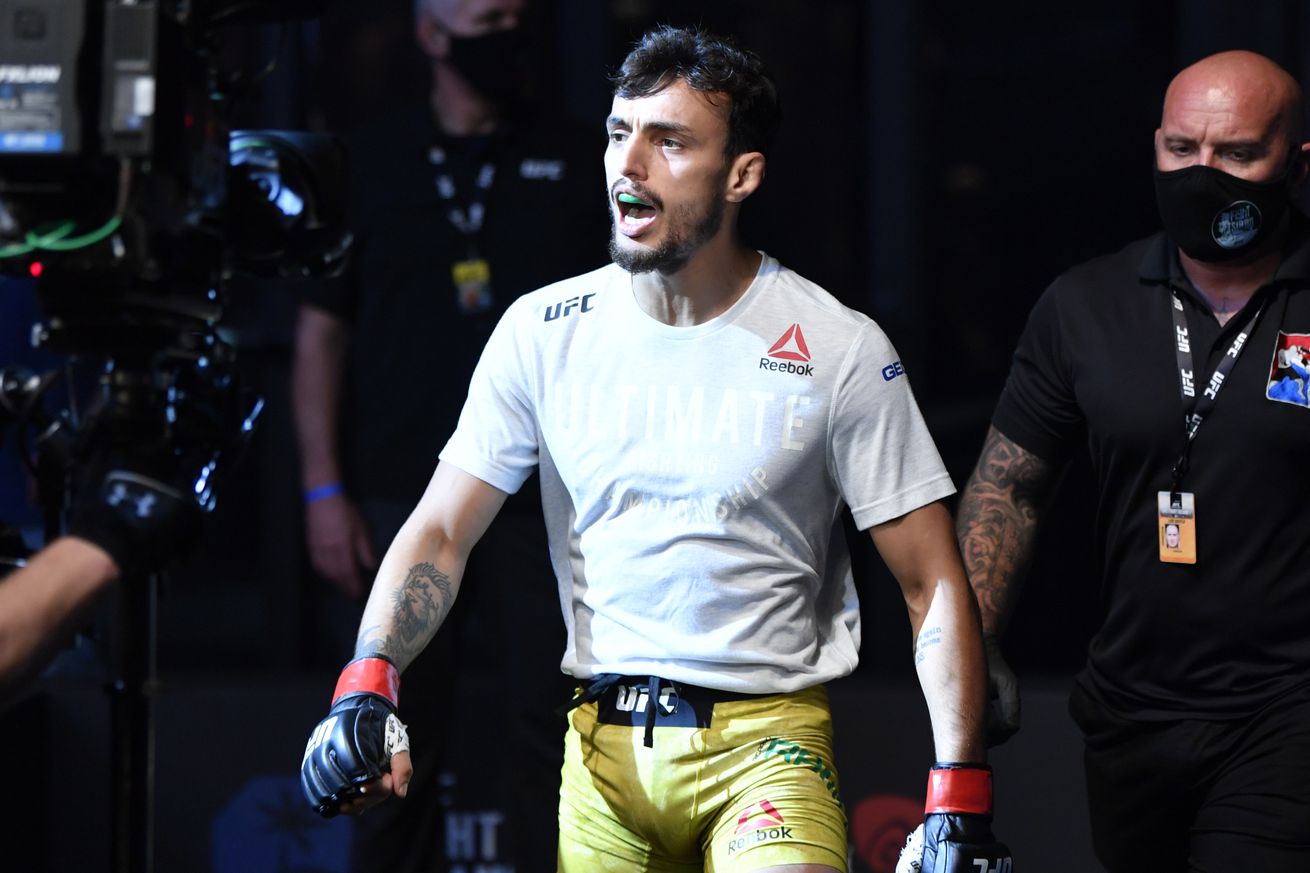 A featherweight and a flyweight bout between Brazilians and Russias were added to the upcoming March 13 card. A bit of a Brazil vs. Russia rivalry will be going on at the upcoming UFC Vegas 21 card. Per UFC Brazil s official Instagram account, featherweights Ricardo Ramos and Zubaira Tukhugov, as well as flyweights Matheus Nicolau and Tagir Ulanbekov will all square off at the March 13 event.

Looking to bounce back from his only 2020 outing, where he got TKO d by Lerone Murphy in July, Ramos 14-3 will try to avoid a dreaded losing skid. Before that, the 25-year-old was on a two-fight winning streak, with victories Luiz Eduardo Garagorri and Journey Newson.

Much like his opponent, Tukhugov 19-5-1 will also try to recover from his last bout of 2020. Back in July, not only did Warrior miss weight by four pounds, he also dropped a split decision to Hakeem Dawodu. The 30-year-old s last win happened February of the same year, when he TKO d Kevin Aguilar.

In the flyweight division, returning TUF Brazil 3 champion Nicolau will look to begin his second UFC stint by winning his third fight in a row. In his last couple of outings, the 28-year-old defeated Felipe Efraim and Alan Gabriel, respectively in August and May of 2019. The Brazilian s last loss happened in July 2018, at UFC on Fox 30, when got knocked out by Dustin Ortiz and consequently released from the promotion.

On the other side of the Octagon, Ulabenkov 13-1 will look to defeat his second Brazilian in a row and remain undefeated in the UFC. In his last outing, the Dagestanian bested Bruno Silva by unanimous decision in his debut, back in October 2020. The 30-year-old s sole defeat happened in August 2018, when he dropped a majority decision to now fellow UFC fighter Zhalgas Zhumagulov.

The four athletes are expected to perform at UFC Vegas 21, at the UFC Apex, in Las Vegas, on March 13. The card was expected to be headlined by a welterweight bout between Leon Edwards and Chamzat Chimaev. However, complications stemming from a case of COVID-19 removed Borz from the card. So far, no replacements were officially announced by the UFC.