Miguel Berchelt vs. Oscar Valdez live streaming results, round by round updates 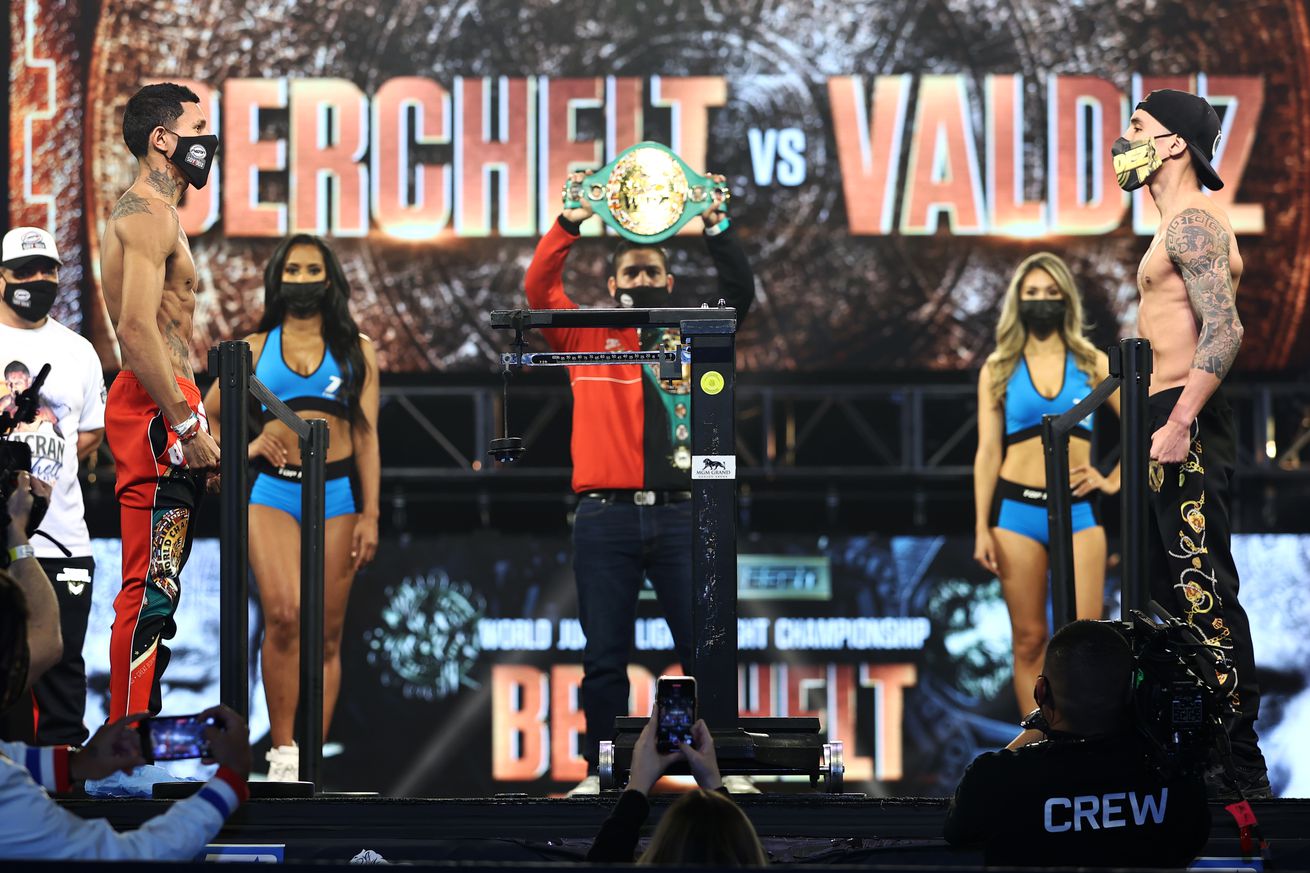 Check out our live coverage of the WBC super-featherweight title fight between Mexican sluggers Miguel Berchelt and Oscar Valdez at 10 PM ET 7 PM PT on ESPN and ESPN . Top Rank Boxing is back with a main event that promises to be action packed.

Berchelt has held that version of the 130 lbs title since 2017 and has wrecked nearly all of his opposition in subsequent defenses. He is a whirlwind of offense who can lead the dance and work off the counter, all while firing off combinations that attack the head and body and usually leave his opposition in a world of pain. Valdez is a former featherweight champion who s recent move up in weight did have the intrigue of this fight potentially happening. Well now after a two-month delay due to Berchelt s positive COVID-19 test, this fight is now reality.

While not as aggressive as Berchelt, Valdez is a willing scrapper and his recent efforts to rebrand himself as a more methodical boxer-puncher figure to be at odds with the fact that Berchelt will make you work at all times. It should be not just a great fight but if we re lucky it s a classic.

How to Watch, Start Time

International viewers can catch this card on Fite.tv.

Here s the full lineup. We will have play-by-play, results, and highlights for the main event: