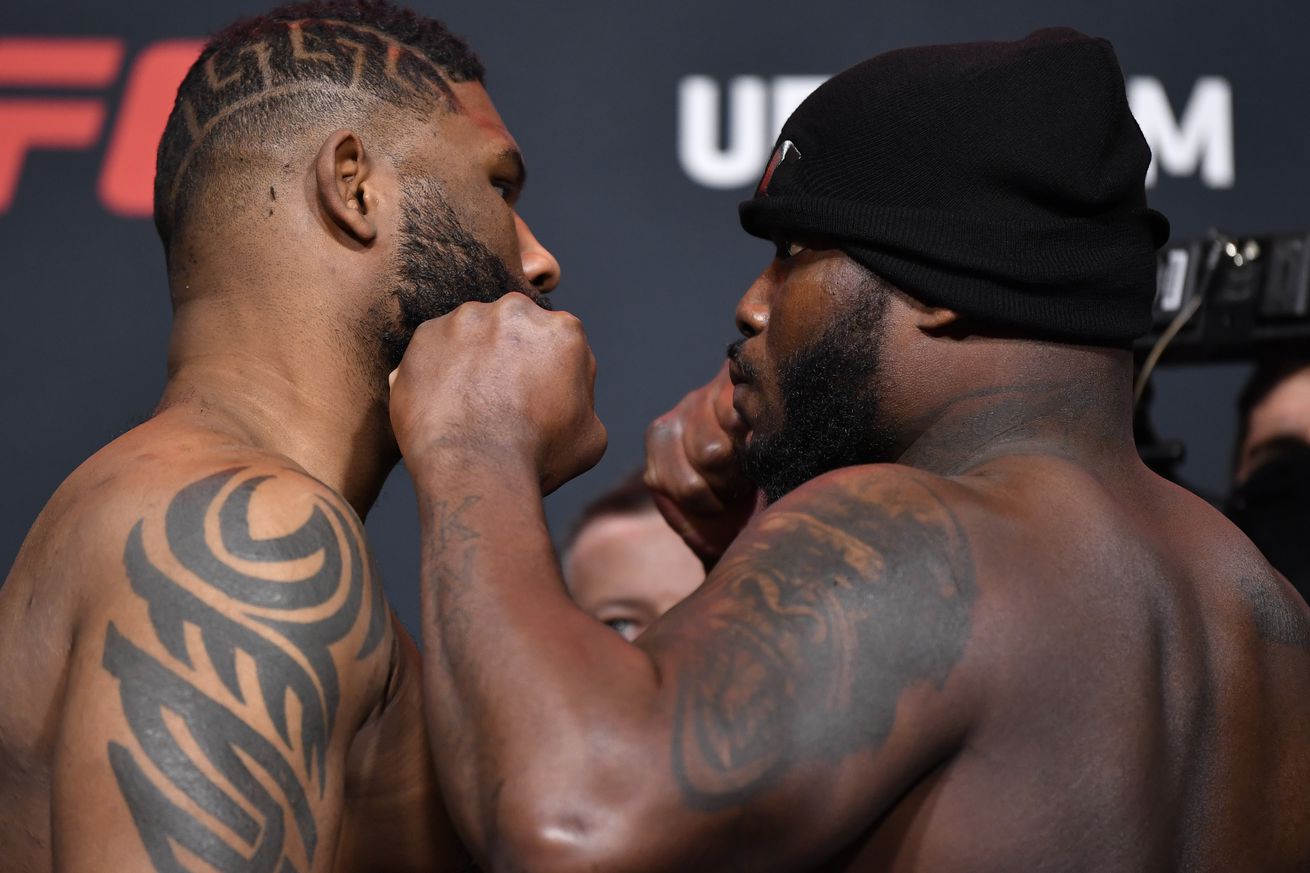 Can Derrick Lewis become the first UFC fighter to score 12 knockout wins when he faces Curtis Blaydes? Two fighters with entirely different styles face off in the main event of Saturday s UFC Vegas 19 fight card. That bout features the wrestling based style of Curtis Blaydes opposite the knockout power of Derrick Lewis.

Blaydes has his name all over the takedown stats in the UFC heavyweight record book, including the most takedowns in UFC heavyweight history with 59. Lewis has fewer appearances in the record book, but on Saturday night he could become the first fighter in UFC history to score 12 knockout victories. Lewis is currently tied at 11 in that department with Anderson Silva, Matt Brown, Anthony Johnson and Thiago Santos.

Before UFC Vegas 19, both fighters said they would rely on the style that put them in the record book.

If I win the exact same way, I would be fine. Because guess what, it s another win, it s a win bonus, said Blaydes. I don t know if a lot of people care, but I have a family. I m trying to feed my family. I don t care if you want me to risk my win bonus, which is 100,000, to stand and bang with a guy who has terrible wrestling. I m just not going to do it. Unless you defend every takedown attempt, I m not going to stop trying to wrestle you. You have to deter me, and I don t think Derrick is going to deter me.

This fight right here is going to be very violent and very bloody. I feel I could break Curtis by the third round and that s what s going to happen, Lewis said. This is going to be a very intense battle, we both want the title shot right after this and I believe I could get the job done.

Below is a look at where the two fighters appear in the UFC record book.