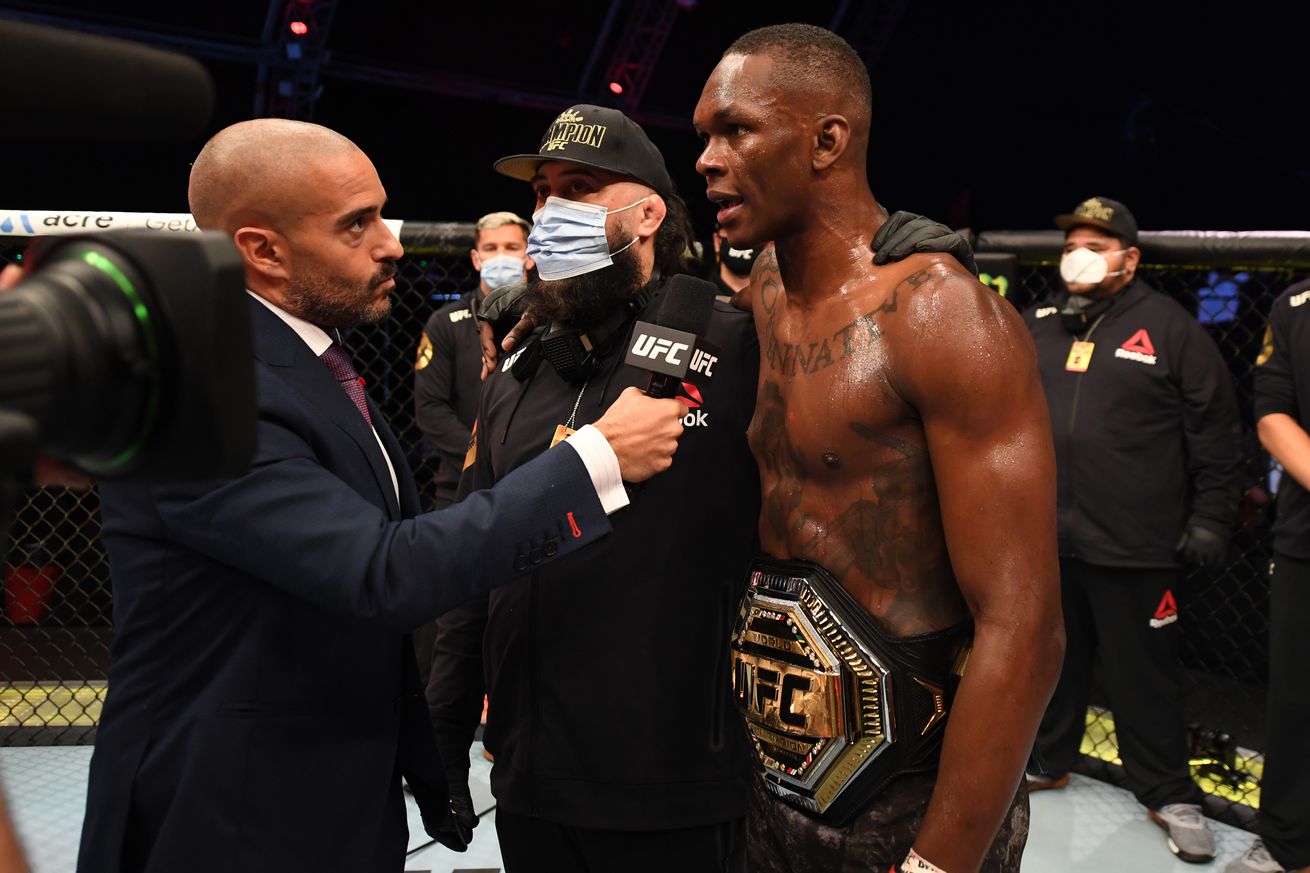 Get the Full StoryPhoto by Josh Hedges Zuffa LLC

Dive a little deeper into just how Jan Blachowicz and Israel Adesanya compare in key stats heading into UFC 259. Three title fights are on the line at the top of the UFC 259 pay-per-view card. The first of those bouts sees Petr Yan putting his bantamweight crown up for grabs against Aljamain Sterling. After that, Amanda Nunes faces Megan Anderson in the co-main event of the card. In that contest, Nunes looks to defend her featherweight title. The headlining bout of the March 6 ESPN streaming fight card finds UFC middleweight champion Israel Adesanya moving up to 205 pounds to see if he can become a two-division champion when he meets light heavyweight titleholder Jan Blachowicz.

Adesanya is 20-0 as a pro. He joined the UFC in 2018. In his sixth fight with the promotion, Adesanya defeated Kelvin Gastelum to win the interim middleweight crown. A few months later Adesanya unified the 185-pound titles with a knockout win over Robert Whittaker. Adesanya has defended the title twice. His most recent win was a September TKO victory over Paulo Costa.

Blachowicz started his UFC career on a rough run. In his first six fights with the promotion, Blachowicz put together a 2-4 record. He righted the ship in 2017. In his past nine fights, Blachowicz has gone 8-1. The biggest win of his career came in September when he captured the vacant light heavyweight title with a TKO win over Dominick Reyes. Blachowicz will put his belt on the line for the first time when he faces Adesanya.