Nunes on women s 145 division potentially folding: I m okay with it 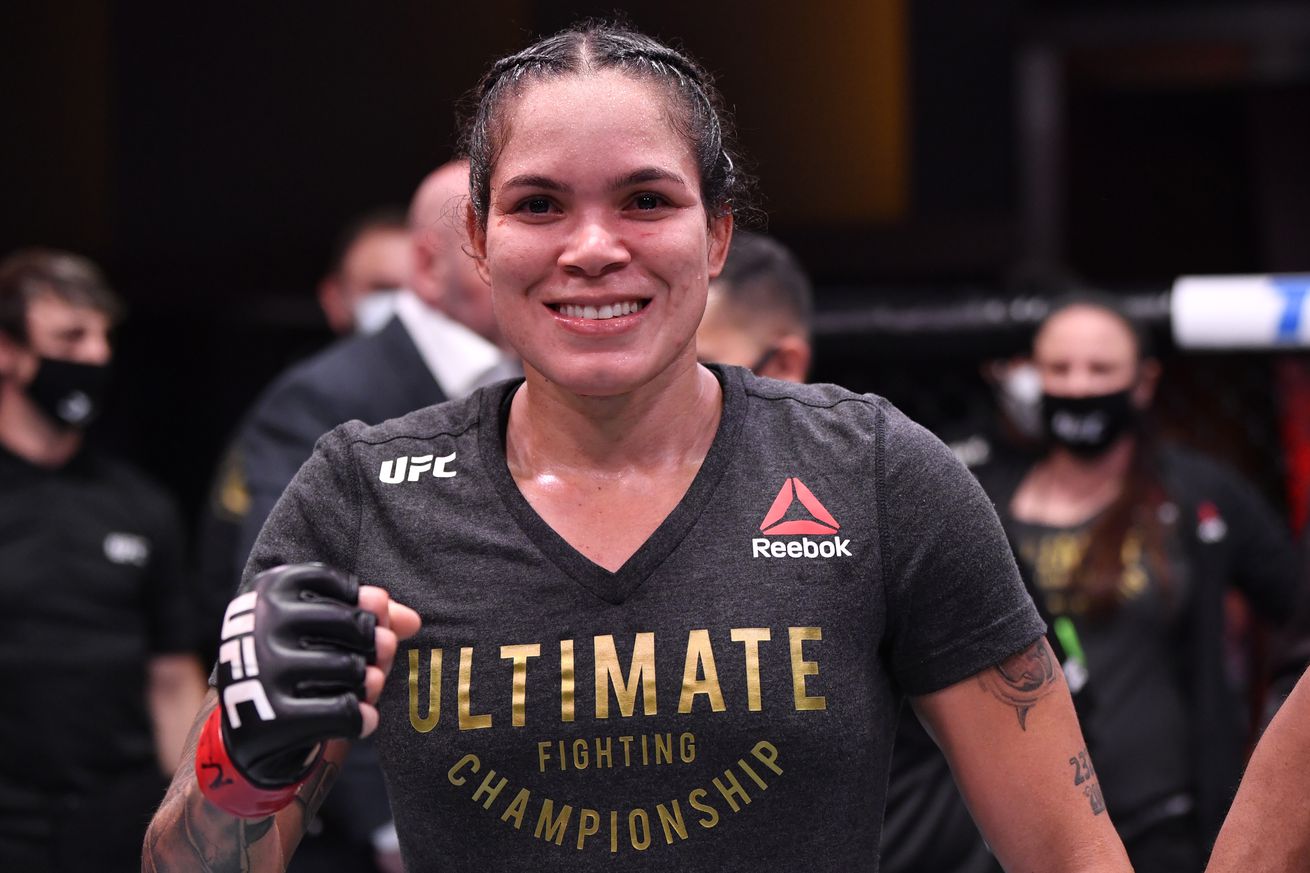 Get the Full StoryAmanda Nunes is expected to face Megan Anderson at UFC 259. Photo by Jeff Bottari Zuffa LLC

Amanda Nunes will be ready if the UFC decides to end one of her divisions after UFC 259. The UFC s female bantamweight and featherweight champion is ready to get back to business for her first outing of 2021. Paired up against Megan Anderson to defend the 145-pound title at UFC 259, Amanda Nunes is not taking her competition lightly and expects a difficult match on Saturday night.

In an intervew with Combate, Nunes sang Anderson s praises and called the former Invicta FC champion a dangerous opponent. In fact, Amanda said Megan s superior reach and height advantage are weapons the Australian knows how to use very well and should not be underestimated in the cage.

Anything can happen in MMA. A strike lands and you might end up submitted or knocked out. I think Megan is an extremely dangerous athlete. I can t say this is going to be an easy fight. There s no such thing. She s dangerous. She s coming off two wins and she has nothing to lose. She wants what s mine and I need to be careful. She s a very tall fighter and she knows how to use her reach very well. I need to be careful and make the right decisions at the right time so nothing goes wrong.

Although Amanda is set to defend the featherweight title for the second time in a row, the champion says she did not forget about her bantamweight belt. In fact, Nunes still wants to defend it at least one more time before deciding what is next. For now, the Lioness is just watching the title picture develop to see who might be a fitting challenger in the near future.

I ve been following the division and I do intend to defend the belt. I don t know how my body is doing. I think I ll have to suffer a little to make weight, but I do want to defend it at least one more time. The title picture is developing, with Kunitskaya and Pena. Some interesting names are emerging, let s see what the UFC will do. We have Pena facing Holm and we ll see what they do with Kunitskaya.

Germaine has no fights booked, so they ll surely make that fight. I look at the division and I know what could happen, Things could get interesting if, for example, Pena or Kunitskaya were to win. Then only Holm and Germaine remain. When Valentina was still around, it was Holm, Germaine and Valentina. Let s see if we can shake things up now. I m very excited for those fights.

Although Amanda spoke about suffering to cut weight back to the bantamweight division, she does not seem too nervous about women s featherweight becoming an extinct weight class. In an interview with BT Sport, Nunes seemed at ease if the UFC decides to end the division after the Megan Anderson bout.

In her last outing, in June 2020, Amanda Nunes 20-4 defeated Felicia Spencer via unanimous decision and extented her win streak to 11 fights in a row. The impressive run includes wins over Ronda Rousey, Cris Cyborg, Valentina Shevchenko and Holly Holm, among others. The 32-year-old s last loss happened in September 2014, when she got TKO d by Cat Zingano.

Now, Amanda Nunes is expected to take on Megan Anderson at UFC 259, on March 7, at the UFC Apex, in Las Vegas. The card is scheduled to be headlined by a superfight for the light heavyweight belt, between champion Jan Blachowicz and the middleweight title-holder, Israel Adesanya.