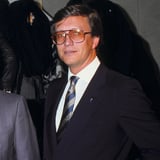 Get the Full StoryRidley Scott's House of Gucci, a crime drama about the murder of Maurizio Gucci, is officially in the works, and there are stylish pictures to prove it! Adam Driver will portray the late Gucci successor, and Lady Gaga stars across him as Gucci's ex-wife, Patrizia Reggiani. And in case you were wondering, yes, House of Gucci is very much based on a true story - the murder of the former Gucci brand head indeed shook up the media in the '90s.

The Story of Maurizio Gucci's Life

Maurizio Gucci was the last of the Gucci family to head the brand. Gucci was actually the grandson of Guccio Gucci, the original founder of the world-famous fashion house. He married Patrizia Reggiani in 1972, and the pair lived a luxurious life while raising their two daughters. When Gucci's father died in 1983, he received his father's 50 percent stake in the company. When he worked as the CEO, he dismissed and even exchanged lawsuits with other relatives and tried to repair Gucci's status, only to lose millions in the next few years. Eventually, the couple split, and Gucci sold the company to Investcorp for over 100 million. He moved in with a younger woman named Paola Franchi and later invested in a casino in Switzerland.

The Day of Maurizio Gucci's Murder

After heading up to his office on March 27, 1995, Maurizio Gucci was shot four times - three times in the back and once in the head - by a mysterious gunman. His building doorman Giuseppe Onorato was also shot twice, but he survived the shooting. Investigators went down many leads, including Gucci's scorned relatives and his casino dealings. Almost two years later, Gucci's ex-wife and four others were eventually arrested in connection with his death on Jan. 31, 1997.

During the trial, the media started calling Reggiani Vedova Nera, or the "Black Widow," as she was charged with arranging Gucci's assassination. The evidence and revelations in court didn't favor Reggiani. Psychic Giuseppina Auriemma accused Reggiani of paying her to contact the killers. Reggiani's lawyers said that while she outwardly wished her husband to be dead, she never acted upon her words. She claimed that she did pay her psychic and former best friend 365,000 in fear of being framed. Though interestingly, Reggiani said that it was worth every lira.

Prosecutors also dug up Reggiani's oddly suspicious diary entries. In one, she wrote, "There is no crime that money cannot buy." On the day her ex-husband died, she wrote a single word: "paradeisos," the Greek word for "paradise."

In 1998, the hired hitman, Benedetto Ceraulo, faced a life sentence. Ceraulo always maintained his innocence. Auriemma received 25 years in prison. Hotel porter Ivano Savioni, who helped Auriemma contact the killers, was given a 26-year sentence. Orazio Cicala, the driver of the getaway car, was given a 29-year sentence. Reggiani, who never admitted to ordering the murder, was sentenced to 29 years in prison; her sentence was eventually shortened to 26 years on appeal. Her time was shortened even further when she started a work release program in 2014, gaining back her status as a free citizen in 2017.