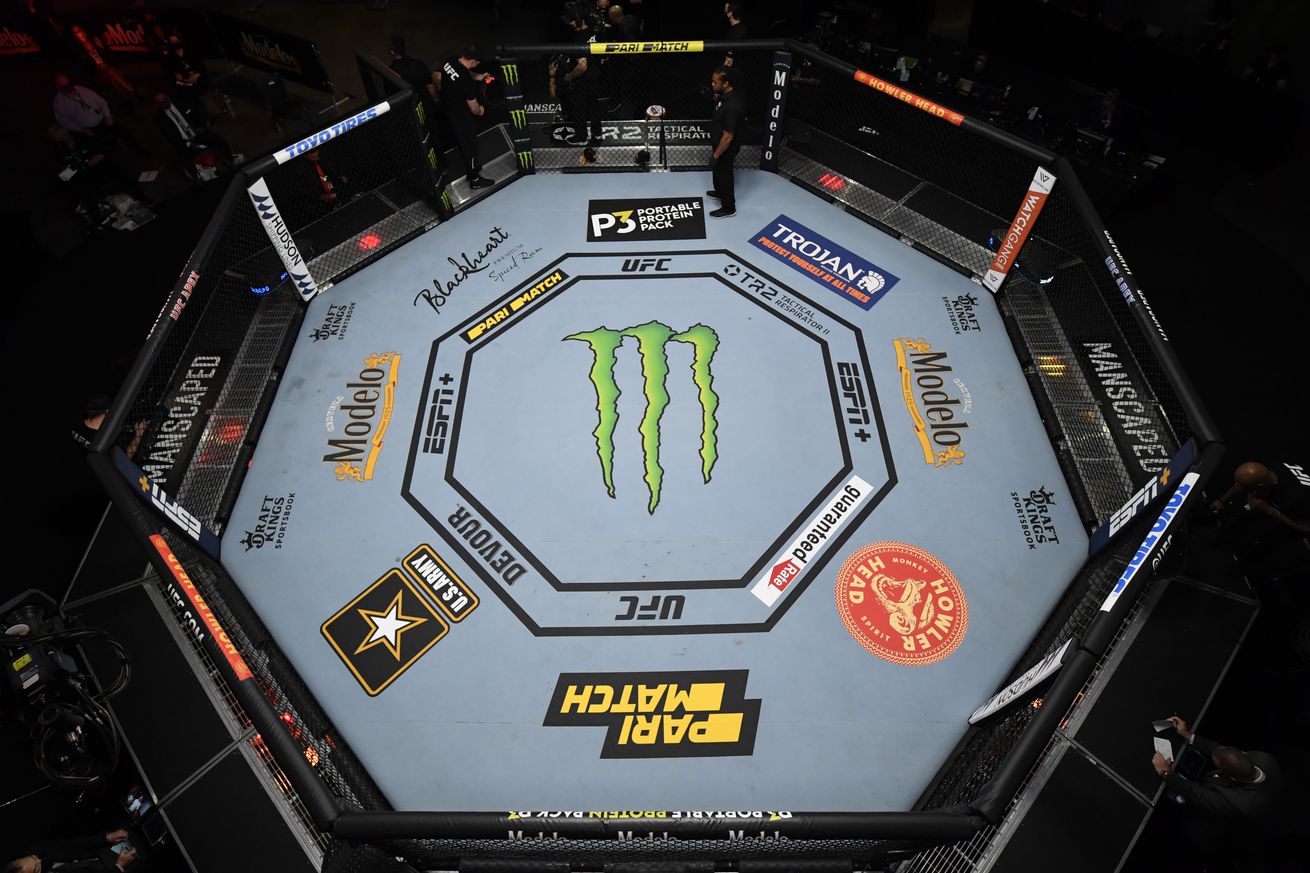 Get the Full StoryAn overhead view of the UFC Octagon at the Las Vegas Apex facility. Photo by Jeff Bottari Zuffa LLC

Folks are taking to Twitter to give their thoughts on the UFC s new outfitting deal with Venum, which doesn t even reach the Reebok payout levels when factoring for inflation. The Reebok era has come to a close for fans of the Ultimate Fighting Championship. A partnership that started back in 2014 saw the UFC essentially detonate the MMA sponsorship market with the removal of banners from fight corners and an exclusive uniform deal that removed any and all with the exception of a few select Monster Energy logos patches from fighters in-cage outfits.

With the promotion s Reebok contract now expired, the athletes of the Octagon will now be adorned in Venum fight gear for the foreseeable future; a new chance for improved designs, better fits, more exciting styles. Unfortunately, however, it doesn t appear to be a chance to make more money.

New pay tiers have been released to fighters and their management teams. And while the numbers appear to be just a little better at first glance as On The Road Fighter Management partner Shu Hirata notes , a little deeper inspection suggests the actual figures don t match the value Reebok brought to the table back in 2014, once you adjust for inflation. At least, not once you get to the higher tiers of the deal.

The UFC and its owners have always been big into freedom - but only as long as it's their own freedom to make money. The idea of Jon Jones are Amanda Nunes getting 42k for repping Venum is whole pile of unicorn shit. Should never happen. https: t.co JDPTp2RNti Philip O'Connor philipoconnor April 1, 2021

So does this mean if u fight 16-20 times in the UFC without ever challenging for a title, u wont even make 20k in sponsorship money from Venum for wearing their products as you fight and televise their product in action? Thats kinda... sorta... whack https: t.co oFcZoiLPiE TheBlaze ZombieBlaze April 1, 2021

A UFC history lesson.Was a time, not that long ago before fighters got screwed by UFC Reebok, that Venum would pay 5K just to wear their shorts on fight night as one of many sponsors.In 2021 as title sponsor their paying guys w 9 UFC fights a measly 6k for ENTIRE week! pic.twitter.com GtyfOJ2O0h Jordan McCreery MMAAdvertising April 1, 2021

The new Venum gloves that will be used in the UFC are sexy pic.twitter.com ffaOFFY5Sh MMA Eejit MMAEejit April 1, 2021

While few of the UFC s fighters have weighed in on the deal at this point, bantamweight Louis Smolka gave his thoughts. Namely that he d like to get a piece of that upcoming Endeavor IPO.