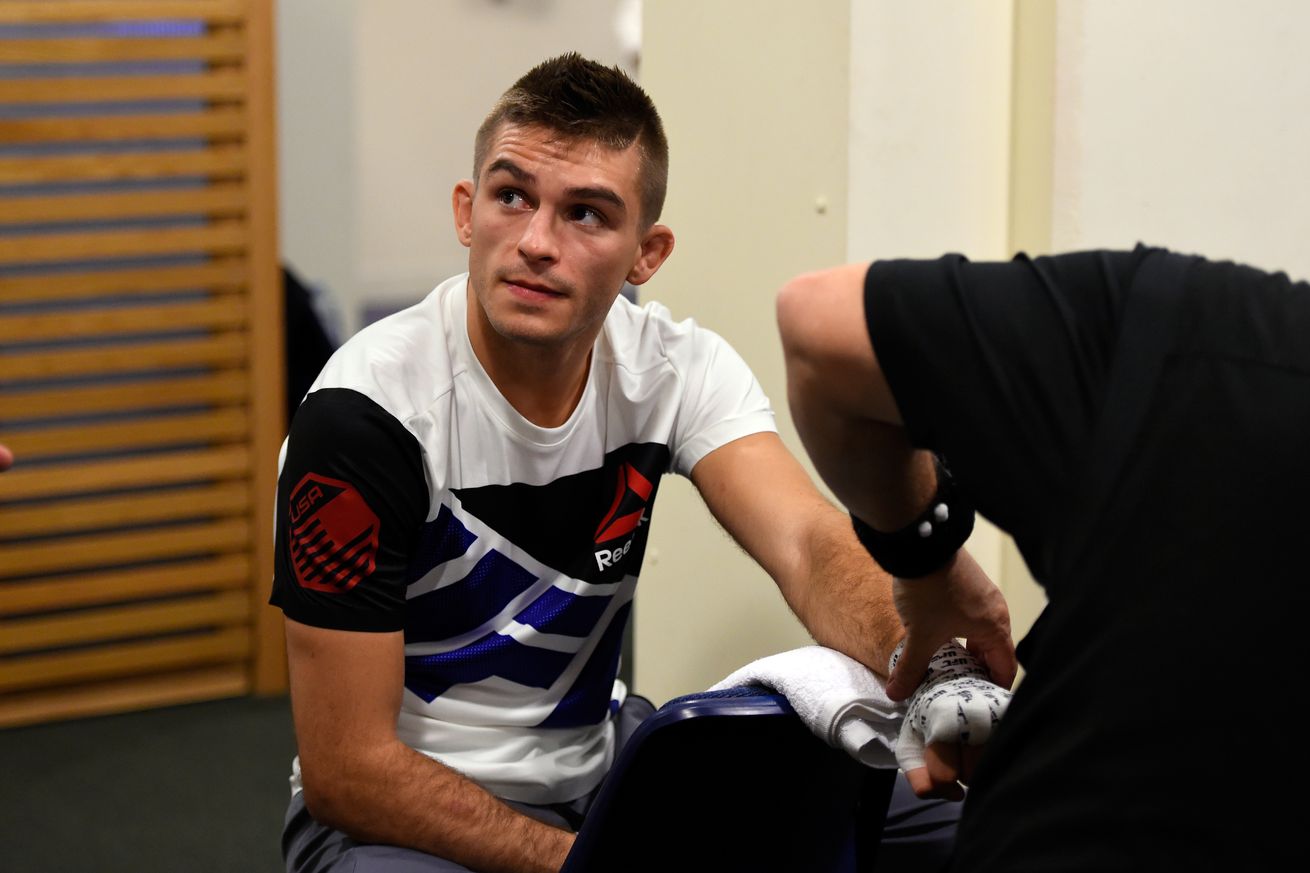 Get the Full StoryJohnny Case at a UFC event in 2016. Photo by Josh Hedges Zuffa LLC Zuffa LLC via Getty Images

TMZ is reporting that the suspected victim in this case is a female MMA fighter.

After a long career in and around the Iowa and Minnesota regional scenes, where he went 18-4, Case was signed by the UFC in 2014. His debut came in Saitama, Japan opposite Kzauki Tokudome, whom Case defeated by technical submission.

Case won his next three UFC bouts, scoring a TKO over Frankie Perez and unanimous decisions versus Francisco Trevino and Yan Cabral. In 2016 he lost a Fight of the Night to Jake Matthews in Brisbane.

After that loss he was defeated by Anthony Rocco Martin. He was then cut by the UFC.

After a single bout in the PFL in 2018, Case signed up with RIZIN FF. He won his RIZIN debut by TKO doctor stoppage against Yusuke Yachi. He won his next RIZIN fight, too, versus Satoru Kitaoka by TKO corner stoppage .

In 2019 Case entered RIZIN s Lightweight Grand Priz. He beat Roberto de Souza in the quarter finals, but was then lost in the semi-finals to Tofiq Musayev.

In 2020 Case was announced as a member of the PFL s 1 million lightweight tournament field. He is scheduled to face Loik Radzhabov in the first round of that competition on April 23.