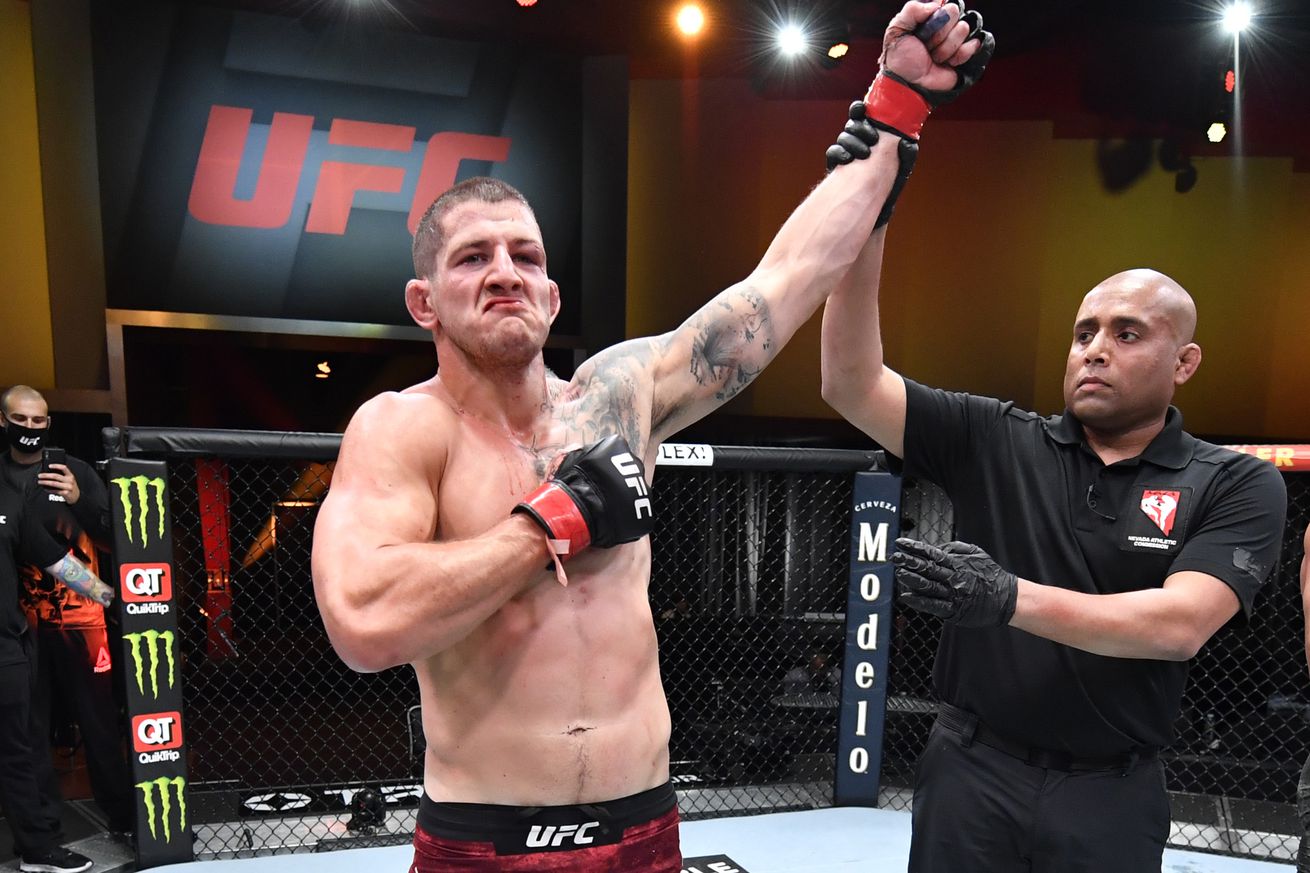 Get the Full StoryJerin Valel is in hot water after leaving Manitoba to officiate UFC 260 in Las Vegas. Photo by Jeff Bottari Zuffa LLC

Jerin Valel lost his title with the Manotiba provincial government after leaving the province to officiate at UFC 260 in Vegas. MMA referee Jerin Valel got in some trouble when he returned home to Manitoba, Canada after a stint officiating UFC 260 in Las Vegas last month. Valel, a civil servent with the provincial government, had travelled to Vegas despite a travel ban imposed on government employees on February 1 per CBC .

The ban was instituted after a number of civil servants were caught going on vacation despite the government s insistence that people only travel for essential trips during the COVID-19 pandemic.

As punishment for his trip to Nevada Valel has been stripped of his interim assistant deputy minister of transformation title, which he assumed in early March. CBC reports that Valel remains as the province s director of technology transformation for the priorities and planning secretariat, a role he was hired for in February 2020.

Blake Roberts, Manitoba Premier Brian Pallister s director of media relations, told CBC that Valel s travel to the US occurred within the recognized public health protocols of a professional sports bubble and did meet cross-border public health rules. Even so, Roberts said the travel was contrary to the intent of the province s travel directive.

There has been a question over whether or not Valel was given permission by superiors to break the travel ban. However, Roberts stated that the premier was not aware of the travel .

Roberts said that Valel moving back to his previous position in government is an appropriate action and that Valel has agreed to not travel outside of Manitoba until the travel ban is lifted.