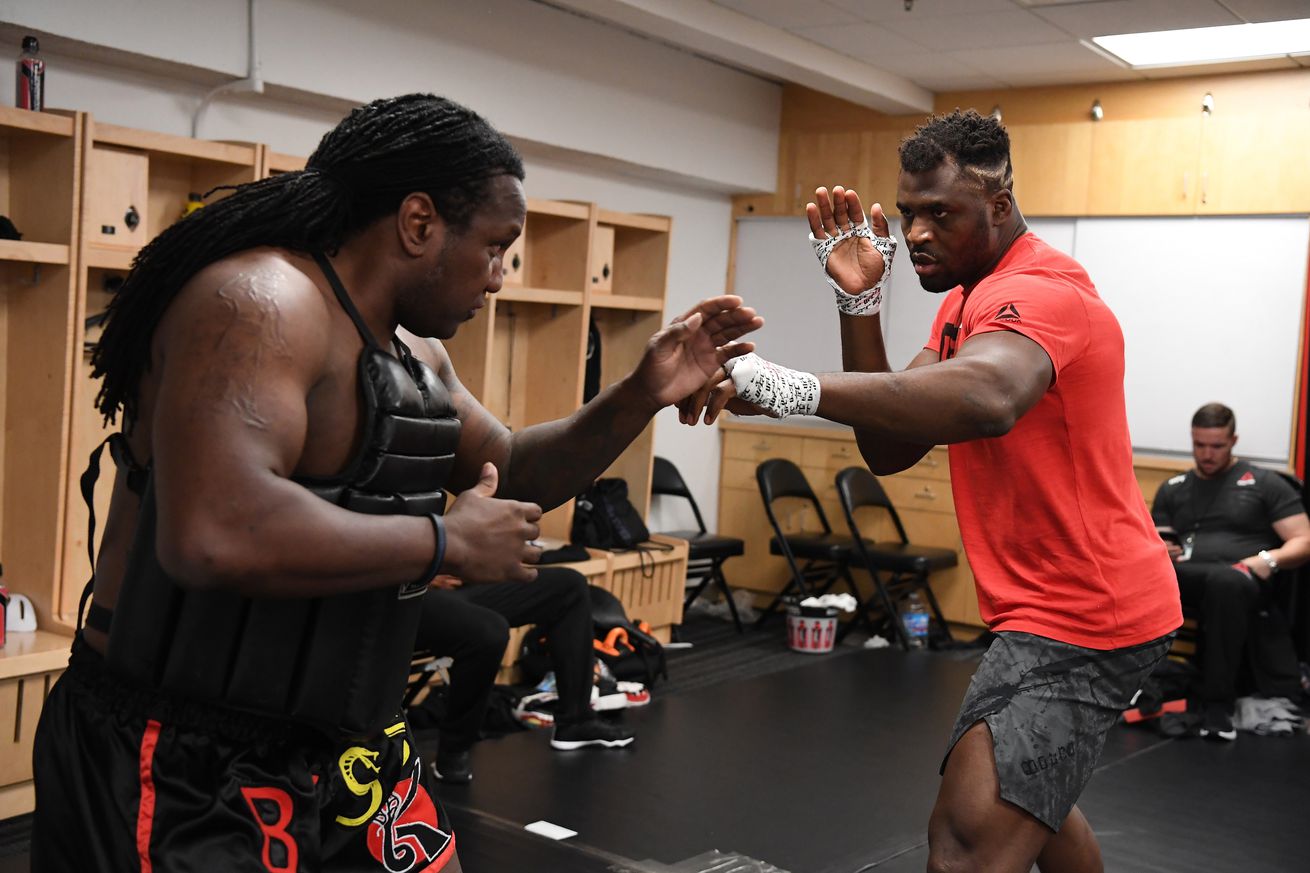 Get the Full StoryFrancis Ngannou warms up backstage before his fight against Junior dos Santos at UFC on ESPN 3. Photo by Mike Roach Zuffa LLC Zuffa LLC via Getty Images

Cooper, who trains Ngannou out of Las Vegas at the UFC Performance Institute, believes that, with the right preparation, The Predator could conquer the world of boxing as well as MMA.

Tyson Fury, right now, is the best boxer in the world, Cooper told RT Sport following Fury s comments about Ngannou being easy work h t MMA Fighting . Tyson Fury is difficult for any heavyweight because of the attributes, the speed, the boxing ability, the good defense, the confidence, the swagger of Tyson Fury. Tyson s a real one. Tyson s a tough fight for anyone in boxing, but Francis definitely could fight any heavyweight, with time and amending the training a little bit.

He could definitely do it because Francis does have power, however, with a boxing glove the power will decrease a little bit compared to what it is with an MMA glove because an MMA glove is only four ounces when a boxing glove is 10 ounces. So that makes a difference, you know, a lot of little intangible things. But to answer your question, of course he can box and of course he could eventually beat someone like a Tyson Fury, for sure. It just, you need to go into a straight boxing format.

Ngannou has the power to finish just about anyone in MMA but replicating that success in the boxing ring against a fighter of Fury s caliber is a huge question mark.

The Cameroonian knockout artist recently knocked out Stipe Miocic at UFC 260 to become the new heavyweight champion and is expected to defend his title against Jon Jones later this year.

Fury, on the other hand, is pitted for a champ vs. champ superfight against fellow Brit Anthony Joshua. After if he beats Joshua, The Gypsy King is coming for Ngannou.