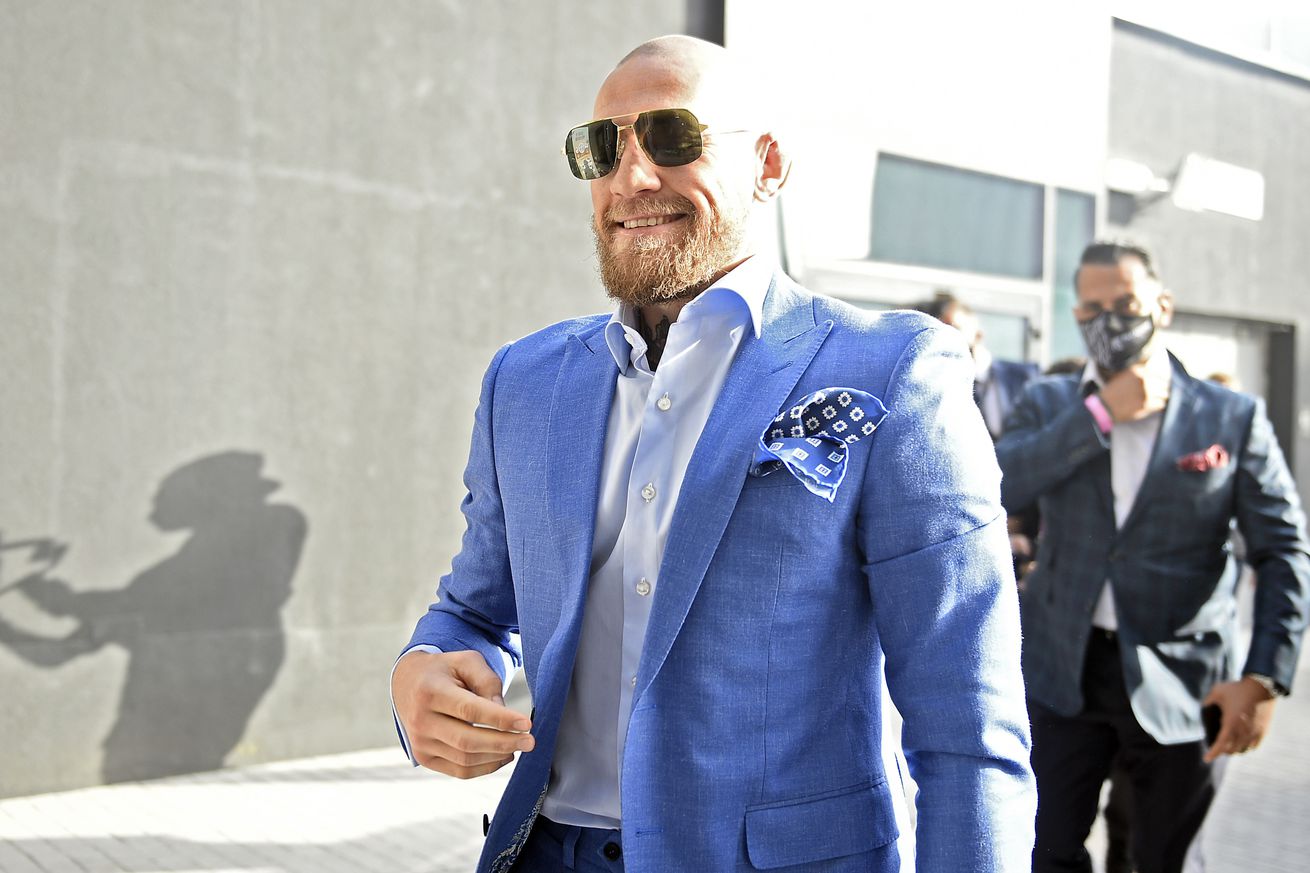 Get the Full StoryConor McGregor ahead of his bout against Dustin Poirier at UFC 257. Photo by Chris Unger Zuffa LLC

It looks like Conor McGregor has found at least one bar that he ll never get thrown out of. Irish news site The Currency reports that Conor McGregor is in the process of purchasing the Marble Arch pub in Drimnagh, Dublin, Ireland. The Notorious UFC superstar made headlines at the establishment back in 2019, when video surfaced of an altercation between McGregor and another patron at the establishment.

The incident occurred just a few months after the release of McGregor s signature Proper 12 Irish Whiskey. Reportedly, the former double-champ wanted to buy everyone in the bar a round of his new brew, but when one of the patrons refused, he took it as a personal affront.

I was in the wrong, McGregor said in a statement after being formally charged with assault. That man deserved to enjoy his time in the pub without having it end the way it did.

McGregor was eventually fined 1,000 for the attack, and reportedly came to a private settlement with the victim, the details of which have not been disclosed.

If McGregor had an especially strong wave of contrition, in the face of an impending legal battle, however, those feelings don t seem to have lasted too long. Shortly after news of his upcoming purchase broke, McGregor appeared to confirm the report, suggesting as well that the guy he punched will be barred from entry.

The purchase of the Marble Arch will reportedly cost McGregor somewhere in the neighborhood of 1.5-2 million.

The SBG Ireland fighter is expected to compete once again this summer, in a trilogy fight against Dustin Poirier. Poirier became the first man to stop McGregor with strikes this past January at UFC 257, when they re-matched for the first time since McGregor defeated Poirier in 2014. UFC 264 is expected to take place in Las Vegas, NV. Outside of the lightweight main event, a welterweight top contender s bout between Gilbert Burns and Stephen Thompson has been penciled in for the PPV card.