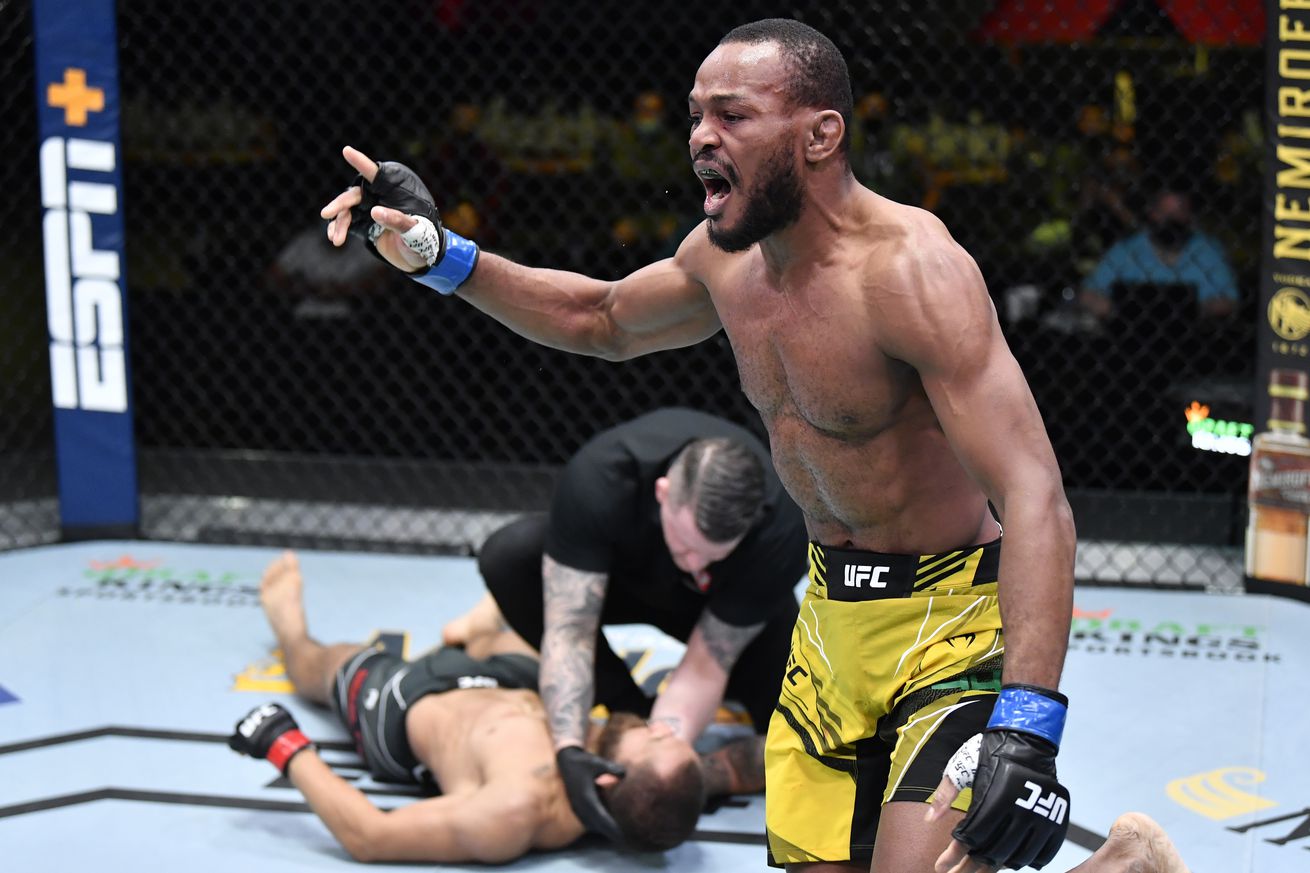 Get the Full StoryCarlston Harris reacts after his submission victory over Christian Aguilera in a welterweight fight during the UFC Fight Night event at UFC APEX on May 08, 2021 in Las Vegas, Nevada. Photo by Chris Unger Zuffa LLC

The featured prelim honours were handed down to L udovit Klein and former TUF winner Mike Trizano who was sporting a mullet that would put Mike Pyle to shame , with Trizano getting the nod from the judges after three rounds. The fight was contested mostly on the feet with both men showing off some polish in the striking department. Both men also stung the other a couple of times, Trizano with his lead punches and Klein with kicks and the odd backfist. Klein was able to land four takedowns, but he didn t do much with them. Trizano was able to make him pay for stalling on the ground, with some pointed ground strikes from the bottom. Trizano was also moments away from getting the finish via a guillotine with Klein looking like he was about to pass out as the final seconds of round three expired.

Foot on the gas! TheLoneWolfMMA came out swinging in round 3 . #UFCVegas26 pic.twitter.com Cr7cts4Inw UFC ufc May 8, 2021

Jun Yong Park overcame two low blows, an eye poke and what looked like staph infection to outlast and outpoint Tafon Nchukwi. This fight was mostly a stalemate on the feet, but Park s versatility in going for takedowns and submissions was far more impressive than Nchukwi s reliance on plodding forwards with telegraphed two-strike combos. Nchukwi s strength and explosiveness helped him out in the first two rounds, as he powered out of bad positions. But in the third, he gassed and Park turned him into a bloody mess on the ground. The Korean moved to three straight wins in the Octagon with the decision victory.

Carlston Harris became the first UFC winner from the country of Guyana when he choked Christian Aguilera out cold with an anaconda choke to open the show. He slept Aguilera quickly with the choke, but referee Marc Goddard was a tad slow to step in. Either way, it was a very impressive debut for Harris, who was also able to sting Aguilera on the feet before the fight ending submission.