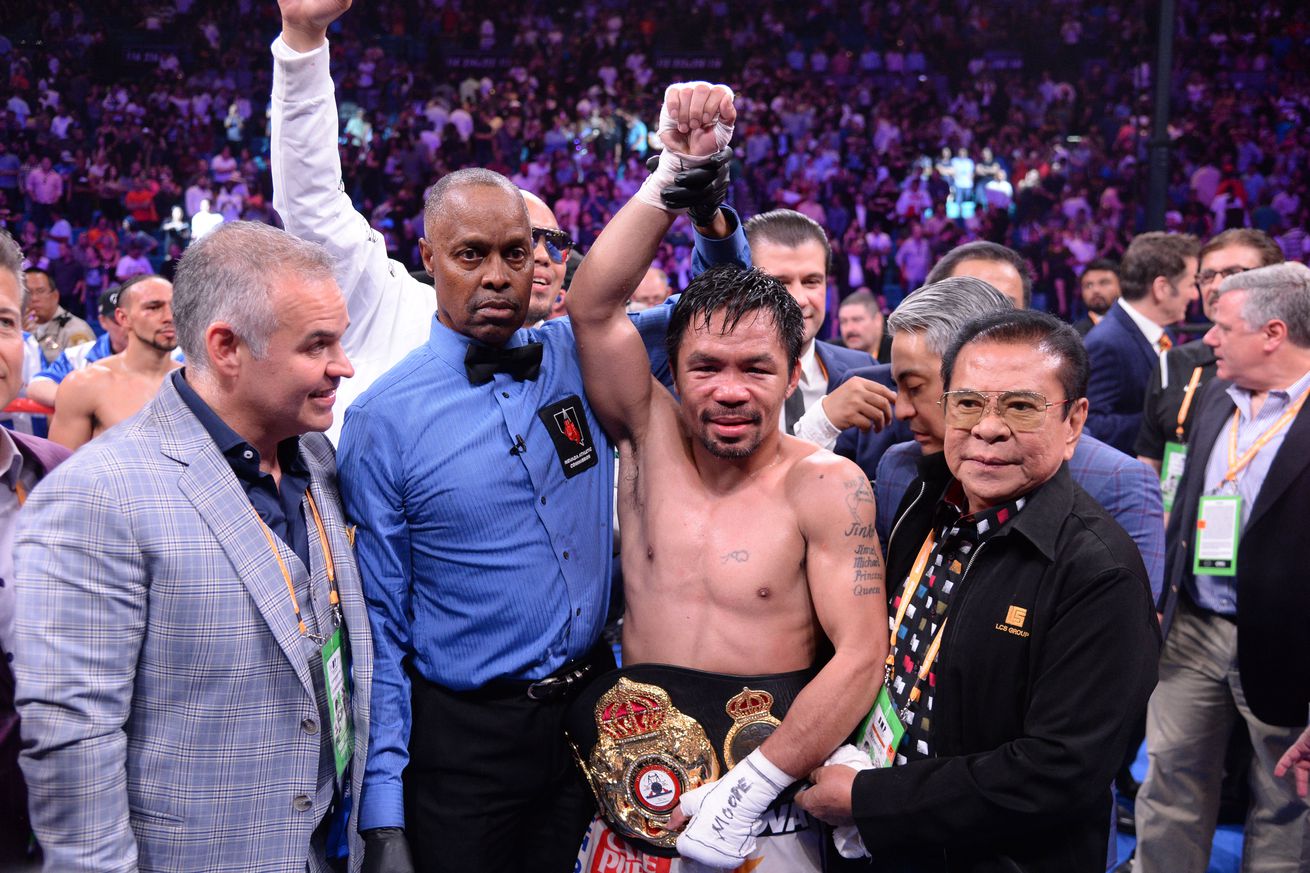 Bet you didn t see this fight coming. More than two years removed from his last fight, legendary eight-division world boxing champion Manny Pacquiao is coming back into the ring for yet another daunting challenge.

In a surprise announcement on Friday, Pacquiao confirmed that he will be taking on unified WBC and IBF welterweight champion Errol Spence Jr on August 21st in Las Vegas.

You might be skeptical given Tyson Fury s announcement that the Anthony Joshua fight was on before it quickly derailed, but this one seems legit. The Athletic s Mike Coppinger reported that Pacquiao signed the contract and that this is a done deal for a PBC on FOX PPV.

Pacquiao 62-7-2, 39 KOs is one of the greatest boxers of all-time and his accomplishments span over 20 years and across eight weight classes. His last fight saw him win a thrilling split decision over Keith Thurman to become the WBA welterweight champ, having put Thurman down for the first time in his career. The pandemic obviously shut off any fights for him in 2020, but he was linked to possible matchups against Ryan Garcia, Mikey Garcia, and Terence Crawford before this swerve to Spence surfaced. At 42 years old he may not be in his prime anymore, but if he were to pull off the upset against Spence it would be one of the greatest achievements of his already heavily decorated career.

Spence 27-0, 21 KOs became the IBF champion back in 2017 when he stopped Kell Brook in Brook s hometown of Sheffield, England. Successful defenses against Carlos Ocampo, Lamont Peterson, and Mikey Garcia soon followed before he unified titles in an entertaining split decision over then WBC champion Shawn Porter back in 2019. Two weeks after beating Porter, Errol was fortunate to be alive after getting into a single-car accident while intoxicated. He finally returned to the ring last December and defended his belts by unanimous decision against Danny Garcia.

This is no doubt the highest profile matchup of Errol s career and we ll see just how much Pacquiao has left in the tank. It should be a fascinating fight.