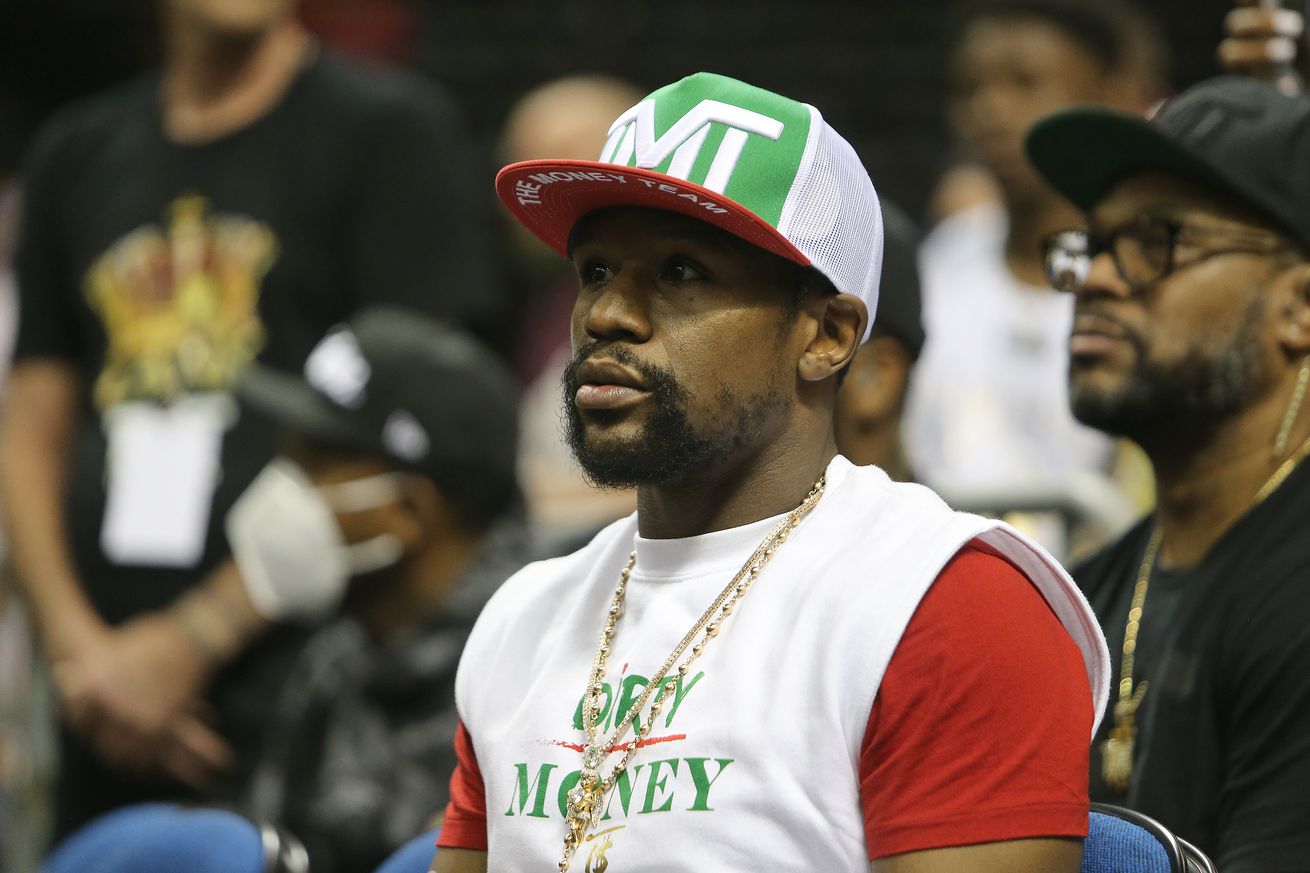 During Thursday s media scrum, Floyd Mayweather extended an offer to train Tyron Woodley for the Jake Paul fight in August. Back in 2018, talks about Floyd Mayweather s supposed first jump into mixed martial arts had spread around. And at the time, then UFC welterweight champion Tyron Woodley revealed that he was in talks with The Money Team about doing some wrestling training to help with Floyd Jr s transition.

Floyd Mayweather is interested in taking a mixed martial arts bout, maybe a few of them. So who better than The Chosen One to teach him the ropes on how we get off the ropes and get on the cage?

We re getting it set up.

Mayweather s now 44 and it doesn t look like this move is happening any time soon, maybe not ever. But he is willing to return the favor and train The Chosen One for the latter s upcoming boxing match with Jake Paul.

Give me Tyron Woodley, Mayweather told reporters Thursday during his media scrum ahead of his fight with Logan Paul this weekend. I mma make sure I get in his camp and I mma train him for this fight. I want Tyron Woodley to come to Las Vegas and work with us.

Woodley apparently received a message from Mayweather s team beforehand, and as expected, he accepted the offer without thinking twice.

They just texted me. Let s do it, Woodley said in his own media interview after his face-off with Jake Paul. I just talked to him today, so for sure.

Why would I not train with the greatest boxer of all time? He s already my dog, we ve been talking about training, anyway. So, for sure. Definitely gonna take him up on that.

Woodley and Jake Paul will meet inside the boxing ring on August 28th under Showtime Boxing.