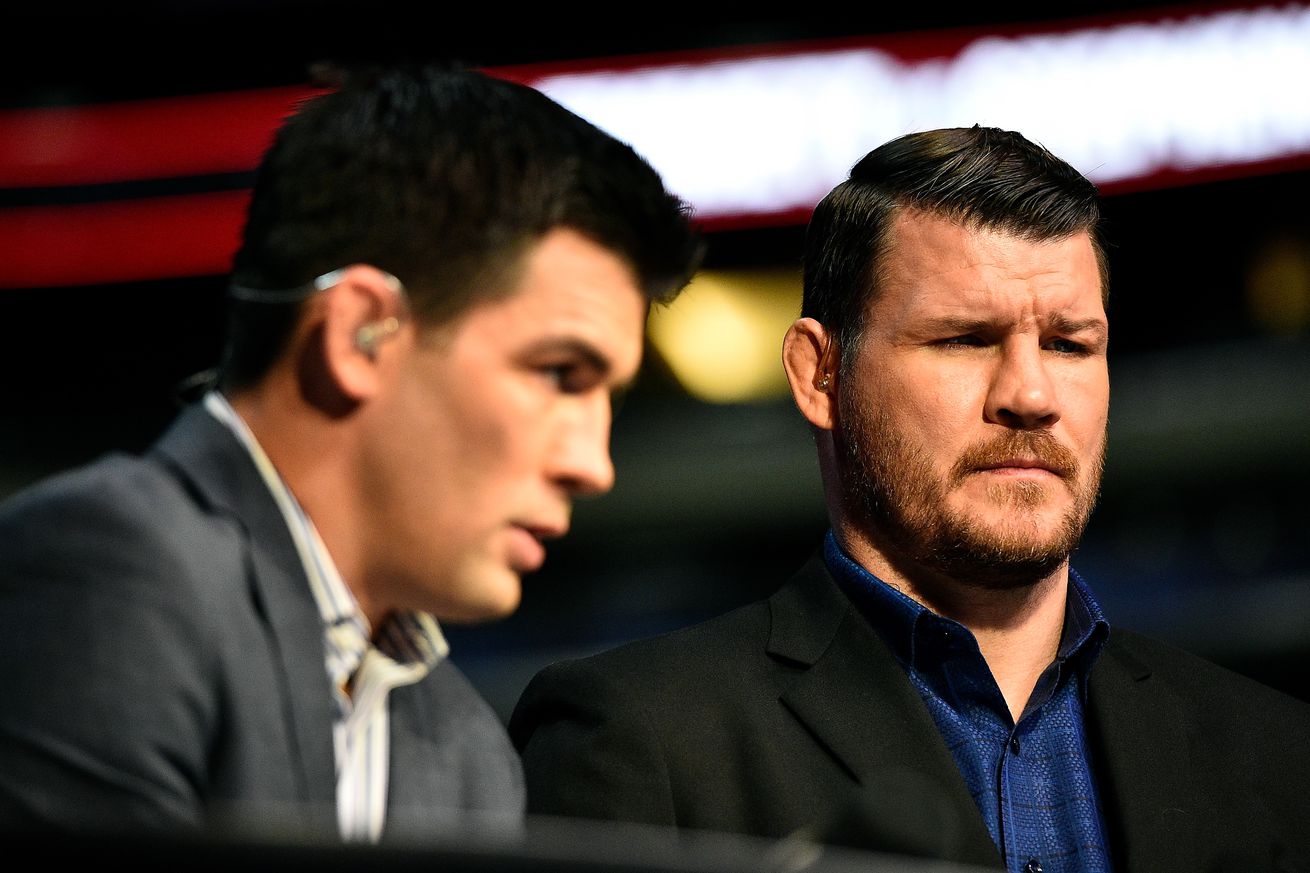 Two former UFC champions had a lively debate over how takedown attempts should be scored in MMA, leaving behind more questions than answers. It didn t take long for the UFC commentary team to get around to discussing MMA judging on Saturday night in Las Vegas. Early on the UFC Vegas 28: Rozenstruik vs. Sakai undercard, during a featherweight fight between Sean Woodson and Youssef Zalal, former UFC champions Dominick Cruz and Michael Bisping found themselves in the midst of a lively discussion.

With about three minutes left in the contest, Cruz called the action, commending Woodson s takedown defense: He s keeping Zalal on his heels and he s stuffing the takedowns, it s a much different fight by this third round than it was in the first.

A simple enough statement, but one that prompted Bisping to ask a followup question. It s just interesting to know how the judges score it when somebody s trying to take you down against the fence and you re defending, Bisping posited. Because on one hand they may say they are controlling the octagon, they re controlling the action. But, for my money, Woodson s stopping him Zalal from achieving what he wants, which is getting the takedown.

After some more back-and-forth, Bisping got back to an important point about scoring, Well, at the end of the day, we re trying to damage our opponent, it s as simple as that.

It wasn t an unusual exchange, all things considered. Both men spoke with authority on the subject, and if someone were unfamiliar with the scoring criteria in an MMA fight, the conversation would have sounded perfectly reasonable. But it does bring up a couple key misconceptions that have much more direct answers.

First and most importantly, fans, commentators, and fighters everyone, really should get the idea that defense is a scoring criteria in MMA out of their heads. Just erase it.

Here s what the Unified Rules of Mixed Martial Arts say about defense and scoring:

In other words, fighters are expected to defend strikes and submissions in MMA and they don t score for doing what is expected of them. By those standards, a fighter stuffing takedowns isn t getting credit from the judges for that move. Not getting taken down is its own reward, since it stops the initiating fighter from creating successful offense.

On the flip side, controlling the Octagon is very much a scoring criteria. Listed in the rules as Fighting Area Control :

Fighting area control is assessed by determining who is dictating the pace, place and position of the match. Fighting Area Control shall only to be assessed if Effective Striking Grappling and Effective Aggressiveness is 100 equal for both competitors. This will be assessed very rarely.

To break that down, judges can only take controlling the Octagon into account when all other criteria each considered separately are unable to distinguish a winner between two fighters. To get to where a judge would consider fighting area control, the two fighters in the cage would have to be even in all the other criteria. As the rules state, that s an exceptionally rare occurrance one not even worth discussing in a fight that someone is ahead in effective grappling or striking or aggression.

That brings up another point that needs constant reiterating. Not all scoring criteria in an MMA fight are equal. Judges only consider the next criteria for scoring a fight down the list if they feel the superseding scoring criteria were a draw. As the rules state:

Effective Striking Grappling shall be considered the first priority of round assessments. Effective Aggressiveness is a Plan B and should not be considered unless the judge does not see ANY advantage in the Effective Striking Grappling realm. Cage Ring Control Plan C should only be needed when ALL other criteria are 100 even for both competitors. This will be an extremely rare occurrence.

The scoring potential of failed takedown attempts almost certainly had much less to do with Woodson s split decision win here than his busier total striking numbers and his aggressive grappling. Both of which would have been considered primary criteria in each round.

For Woodson, the victory was his second inside the Octagon, bouncing back after a loss to Julian Erosa last June. For Zalal the loss was his third straight decision setback.