I m going in here to stop him : Leon Edwards predicts finish against Nate Diaz 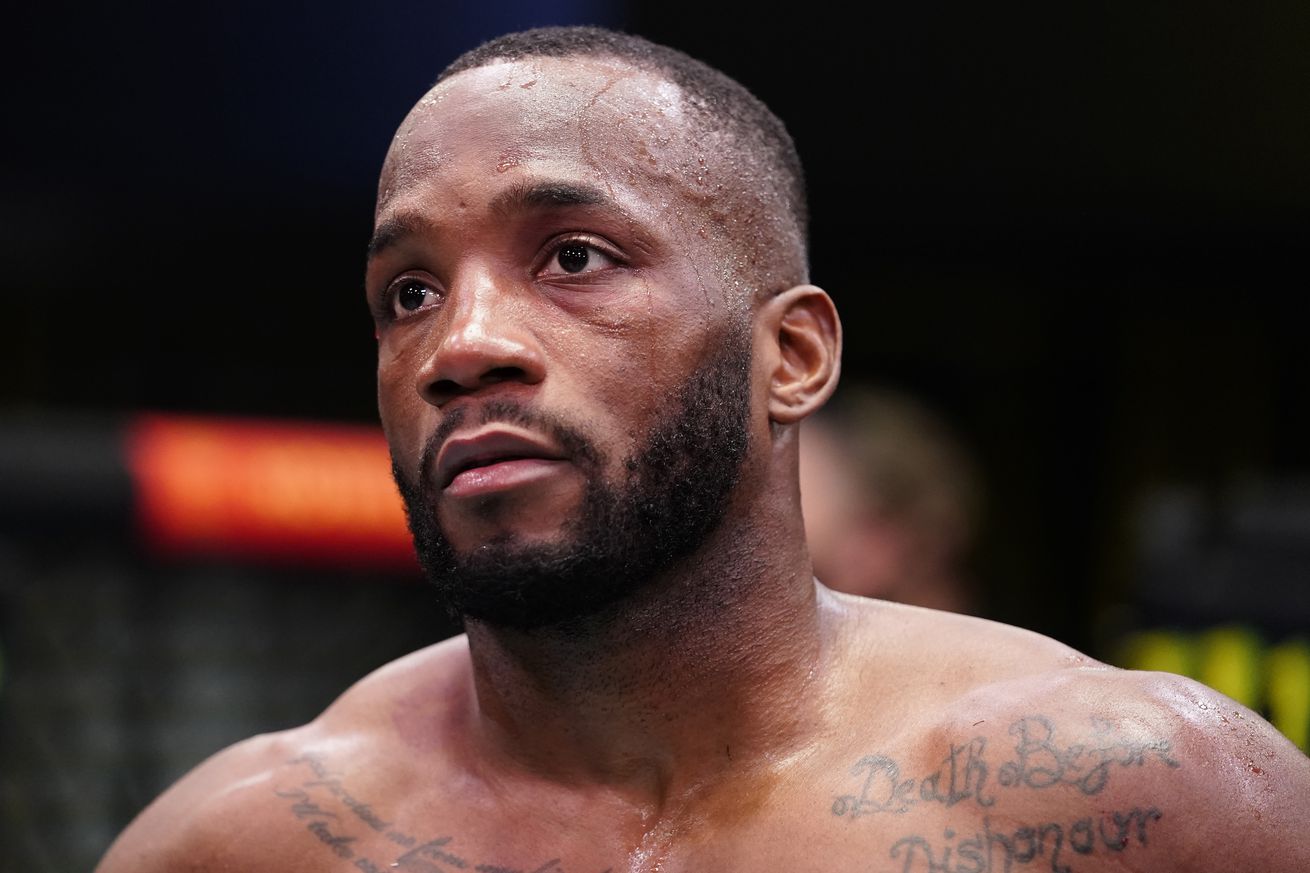 Get the Full StoryLeon Edwards reacts after his controversial No Contest against Belal Muhammad at UFC Fight Night 187 at the UFC APEX in Las Vegas, Nevada. Photo by Jeff Bottari Zuffa LLC via Getty Images

I m going in here to stop him. I don t think he can take as much as they think he could over five rounds. Surging welterweight Leon Edwards will welcome Nate Diaz back into the Octagon this Saturday at UFC 263, and the Brit is predicting a stoppage win despite the latter being notoriously difficult to finish.

Diaz has proven to be one of the toughest fighters in the division, but Edwards is prepared for everything his opponent brings to the table and is confident he will give The Ultimate Fighter 5 winner a beating to remember on June 12.

I m going in here to stop him, Edwards added. I don t think he can take as much as they think he could over five rounds. I know he s probably relying on me getting tired and like I said with Jorge Masvidal, he s going to climb on top of him for rounds four and five.

Let s say I go out there and batter you from pillar to post for rounds one to three I ve never been stopped in my career. Every time I ve fought all five rounds, I ve got the decision. I ve never been submitted. Never been knocked out. Nothing. I m looking forward to it. I m going in there just where I left off in March and I will carry on like that to get the victory. I will test him and push him in every single way I can to get the victory. To claim my world title shot after this fight.

Edwards is on an impressive eight-fight win streak with standout victories over Rafael dos Anjos, Vicente Luque and Donald Cerrone. Diaz, on the other hand, hasn t fought since his TKO loss doctor stoppage against Jorge Masvidal at UFC 244, which saw Gamebred crowned the promotion s first ever BMF champion.

UFC 263, which will features Edwards vs. Diaz on the main card, takes place this Saturday, June 12 at the Gila River Arena in Glendale, Arizona.