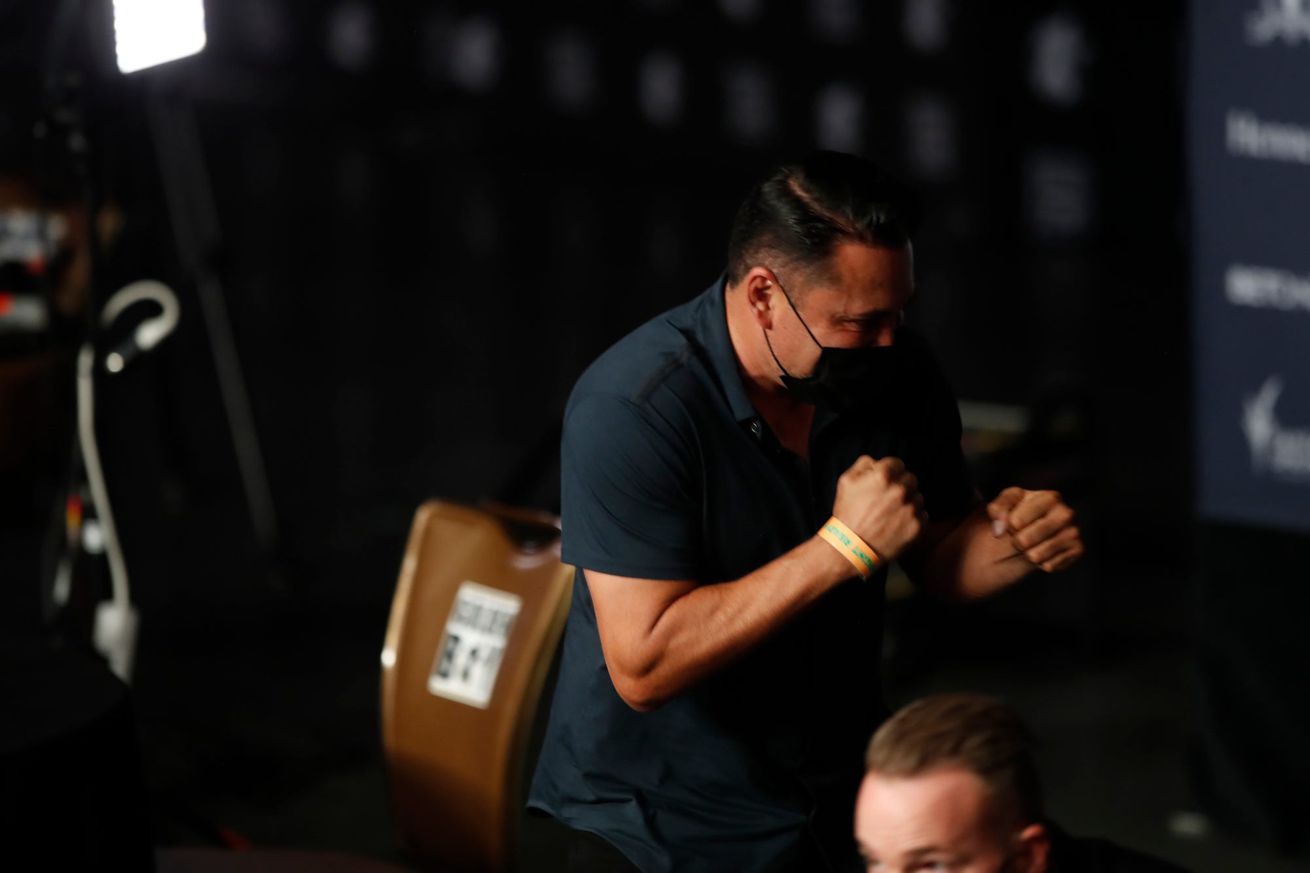 Mike Coppinger is reporting that the all-time boxing great and the UFC legend will meet in a Triller pay-per-view. Oscar De La Hoya s return to the boxing ring will reportedly occur on Mexican Independence Day weekend.

The Athletic s Mike Coppinger reports that De La Hoya, who hasn t fought since he lost to Manny Pacquiao in 2008, will face former UFC champion Vitor Belfort in an exhibition on September 18th in Las Vegas. Belfort was supposed to fight on this weekend s Teofimo Lopez pay-per-view against The Real Tarzann, but Lopez s positive COVID test postponed the entire event to at least August.

According to MMA Fighting, this Triller event will also include musical performances on the card and a Verzuz rap battle the day before the fight.

De La Hoya 39-6, 30 KOs has long been teasing a comeback and reportedly there were talks for him to box an MMA fighter. Anthony Pettis, Eddie Alvarez, and Georges St-Pierre also surfaced as potential options but never materialized. Now in steps the 44-year-old Belfort to face the 48-year-old Oscar. Vitor s only previous boxing experience exhibition or otherwise occurred in 2006 when he knocked out Josemario Neves in Brazil. Belfort signed with ONE Championship after his UFC career ended by KO to Lyoto Machida, but he s yet to compete for the Asian MMA promotion.

It is very much worth noting that Mexican Independence Day weekend typically doubles as a Canelo Alvarez weekend. The super-middleweight champion is targeting his next fight for September, potentially an undisputed title showdown vs. IBF champ Caleb Plant. Canelo split from De La Hoya s Golden Boy Promotions last year and fought under Eddie Hearn s Matchroom Boxing in his previous two bouts.

Details on the undercard and full rules for this circus exhibition will be revealed in the coming weeks.