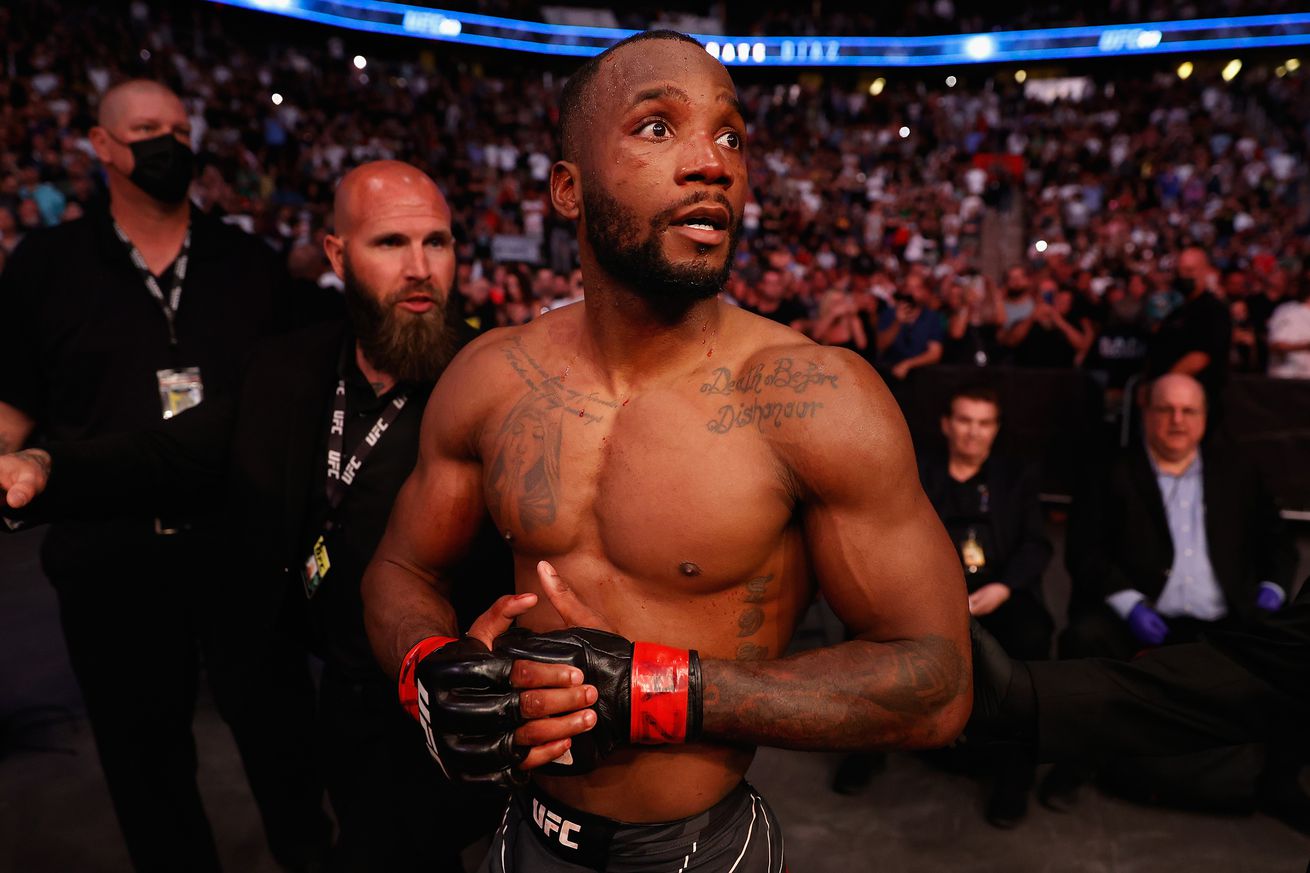 Get the Full StoryLeon Edwards exits the cage following his victory over Nate Diaz at UFC 263.

I think Leon Edwards lost the shot just because he didn t get a finish. He wasn t hungry . Gilbert Burns thinks Leon Edwards fought too safe against Nate Diaz at UFC 263 and that the Brit s reluctance to pull the trigger and finish his opponents is a real cause for concern.

Edwards dominated Diaz for most of the contest but the main highlight of the fight was when Diaz wobbled Rocky in the fifth round and had the top-three welterweight on queer street for the final minute of the fight.

And I think Leon Edwards lost the shot just because he didn t get a finish, Burns told SCMP MMA in a recent interview h t MMA News . He wasn t hungry. Not even criticizing the guy. I think he fought very good. He s a very smart fighter. But he s not a finisher. If you go all day and sometimes just, as they say, bite the mouthpiece, and go forward, and finish the fight, sometimes you re gonna get the shot.

But if you just kinda point-fight, winning the fight, that s good for you. You make more money, you re changing contracts, you re getting better, getting famous. But at the end of the day, the real fans, the real guys, the crazy guy with the Just Bleed, those are the real fans. And they want to see violence. They want to see a finish. They go crazy when someone does a crazy knockout. And I just think he lost the shot with that performance.

Edwards is willing to sit out and wait to fight the winner of the upcoming title rematch between Kamaru Usman and Colby Covington. The Team Renegade product is on a nine-fight win streak and hasn t lost since he dropped a unanimous decision to The Nigerian Nightmare almost six years ago at UFC on FOX 17.

Burns will look to rebound from his title loss to Usman when he takes on Stephen Thompson at UFC 264 on July 10 at the T-Mobile Arena in Las Vegas, Nevada.