Wonderboy: McGregor should move like a Karate guy again to beat Poirier 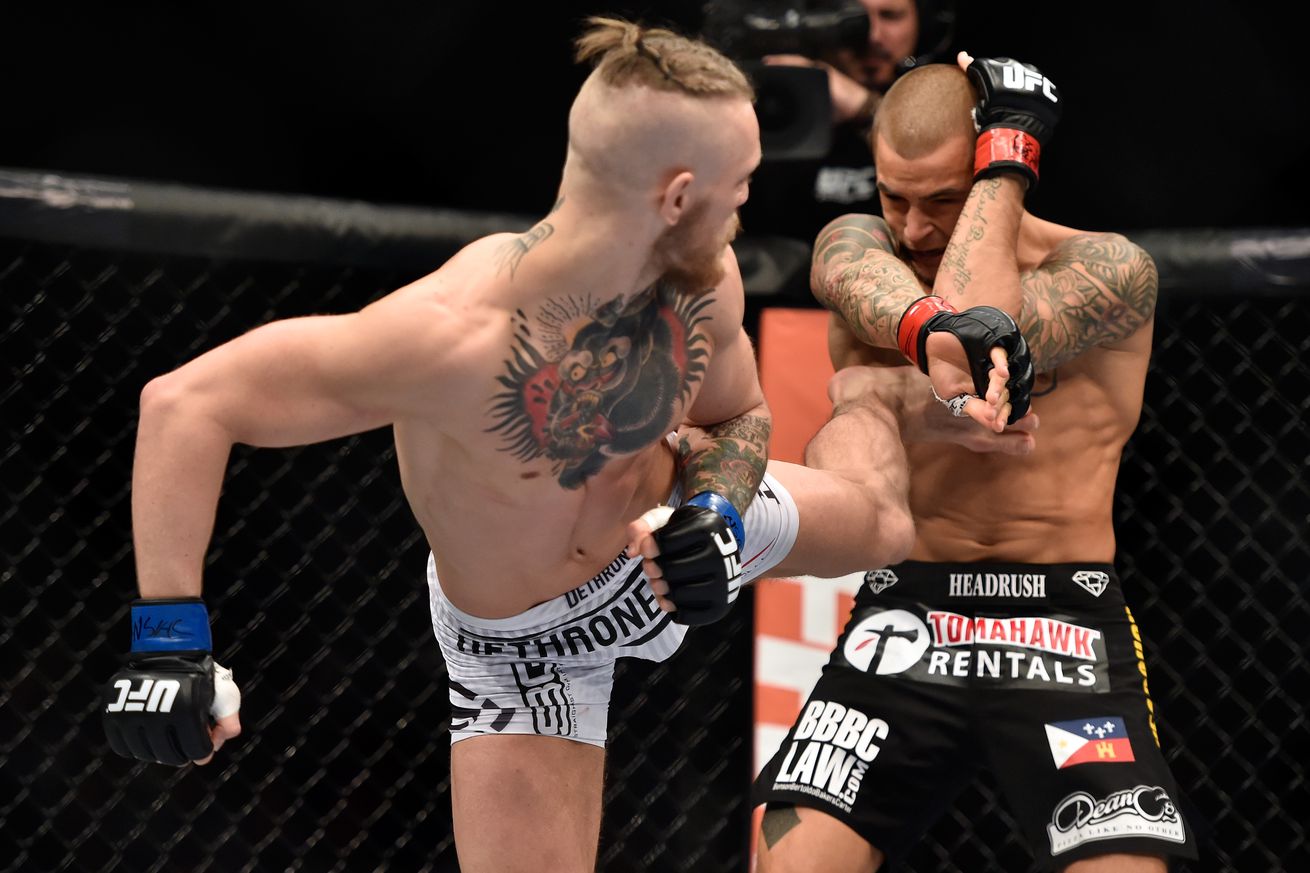 Get the Full StoryConor McGregor showed a more versatile set of attacks in his first fight with Dustin Poirier in 2014.

But in January, we saw a more subdued version of The Notorious who took on a more boxing-heavy approach. McGregor ended up losing via second-round TKO, a first in his relatively young but already notable career.

Now that he s set to face The Diamond for the third time at UFC 264, he needs to make some adjustments to bounce back. And for Stephen Wonderboy Thompson, McGregor could start by going back to his roots.

I think the person that has to do more changing of the fighters is definitely Conor, Thompson said recently on Submission Radio. I mean, Dustin Poirier has been fighting pretty much the same way for the longest time. He s got great boxing, good timing, he s tough as nails, he likes to sit in the pocket and he s intelligent.

I think Conor kind of lost something in his last fight. I think it was all the boxing that he was doing. He doesn t have that movement anymore that you normally saw. Like when he fought Jose Aldo. It was the movement that won him that fight. And he was kind of standing there in front of Dustin Poirier and he took a lot of low calf kicks, and that s what settled it, sealed the deal.

And him being such a good counter puncher, can counter off of that. So out of the two, Conor s got to get back to that. So, don t know how hard that is and how long he s been doing the boxing stuff, but he s got to get out of that and get back to his movement.

If he can do that, Conor can win.

UFC 264 takes place on July 10 at the T-Mobile Arena in Las Vegas, the first event in the said venue since UFC 248 last March. Wonderboy will be co-headlining the card against former title challenger Gilbert Burns.