Boxing preview: Can Lomachenko bounce back from Lopez loss? 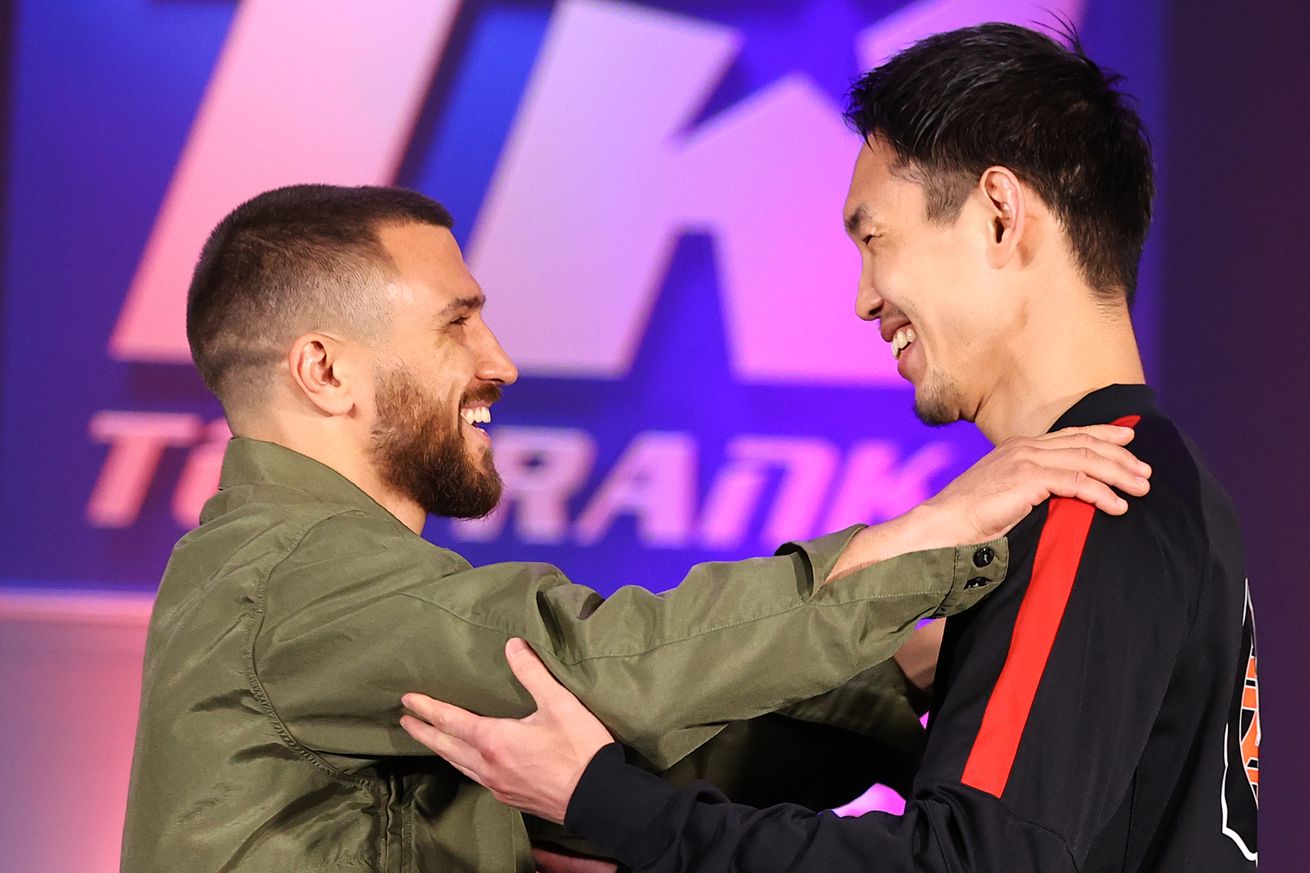 Former top pound for pound fighter Vasiliy Lomachenko returns to the ring following his first loss in over 6 years. Vasiliy Lomachenko 14-2, 10 KOs returns to the ring following his loss to Teofimo Lopez last October. He will be facing steak-tough Japanese contender Masayoshi Nakatani 19-1, 13 KOs who is coming off of a spectacular comeback KO win over the now imprisoned Felix Verdejo.

Lomachenko had one of the greatest amateur careers in history, in which he won two Olympic titles, two world titles and went a reported 396-1 in the unpaid ranks more on that here . He turned pro following the London games, won a world title in his third fight despite a setback to Orlando Salido in his second, and established himself as one of the top pound for pound fighters in the world over the next few years. Lopez ended his reign with a great performance, using calculated pressure and Lomachenko s vulnerability to straight rights to the body to keep the champion very gunshy in the early rounds. Lomachenko wasn t dominated because he s great defensively but lost a clear decision despite a much better effort in the later rounds.

Nakatani had a solid career at the domestic level in Japan and started to fight stateside in 2019 when he lost to Lopez, but he impressed by becoming the first man to last the full 12 rounds with Lopez. He got another chance in the US against Verdejo and climbed back from the canvas twice to get the stoppage in the ninth round. He is a very tall fighter for the weight class and if he is a bit limited technically, he makes up for it in heart and toughness.

Lomachenko should be too much defensively for Nakatani and unless the reach troubles him more than anticipated, he should dominate the former OPBF champion.

The co-main event is a very solid middleweight fight between Zhanibek Alimkhanuly 9-0, 5 KOs and former WBA regular champion Rob Brant 26-2, 18 KOs . Alimkhanuly was amateur world champion in 2013 and turned pro after a quarterfinal exit in the 2016 Olympic games. He is a southpaw boxer very much of the Kazakh boxing mold, combining a very solid straight left with a very active lead hand to harass the lead side of opponents.

Brant scored a huge upset in 2018 when he dominated 2012 Olympic champion Ryota Murata for the WBA belt. However, he got stopped in the rematch. He is a good outside boxer if a bit standard in his style. Good footwork, a solid one-two and a high guard but lacks any outstanding attributes. He is good enough to be tough fight for most but unlikely to find consistent success against the elite. Whether Alimkhanuly is elite as a pro remains to be seen but he s a bigger puncher and Brant s style is something he s seen countless times in the amateurs and that makes him the favorite in my mind.