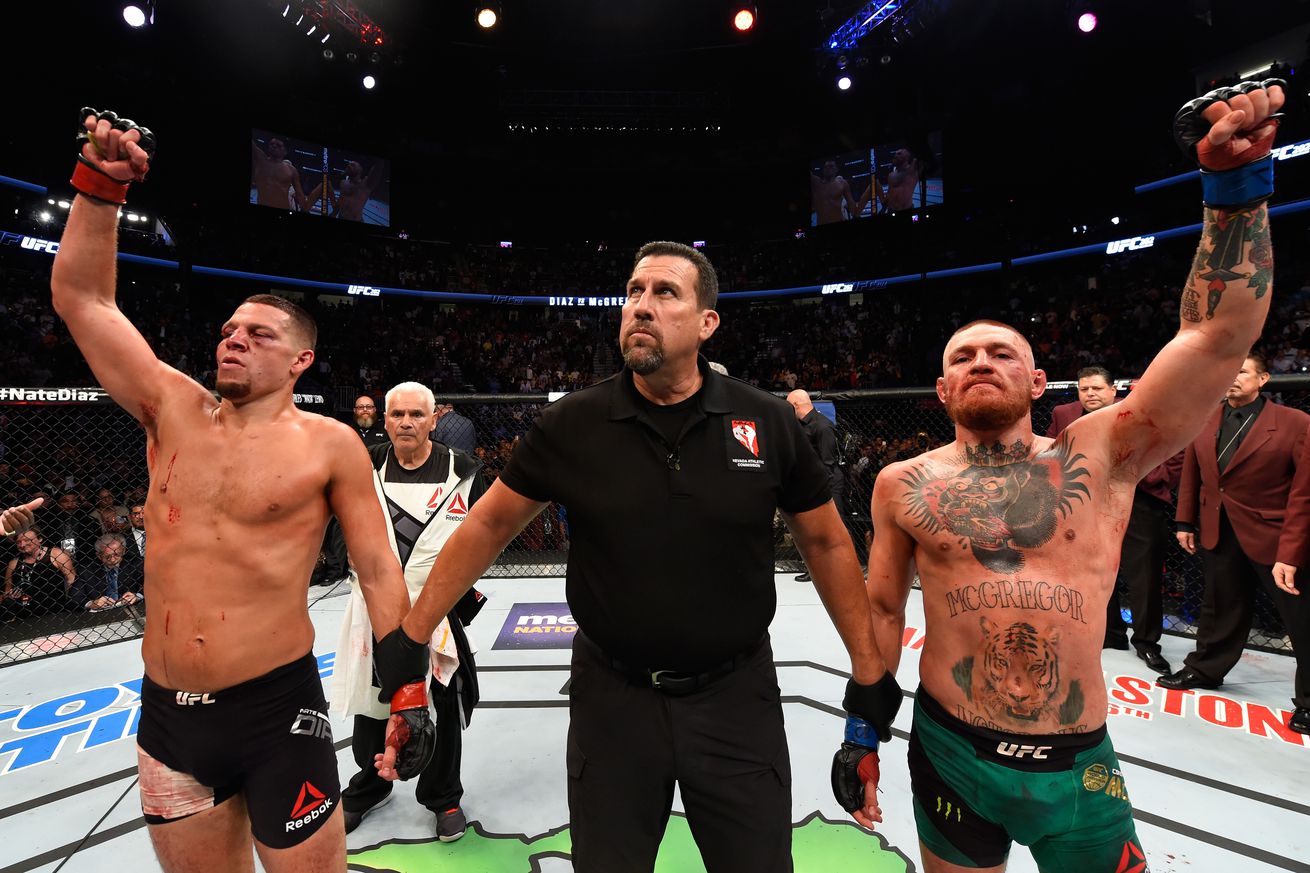 Get the Full StoryConor McGregor and Nate Diaz after their rematch at UFC 202. Photo by Josh Hedges Zuffa LLC Zuffa LLC via Getty Images

On Tuesday afternoon, the UFC uploaded the rematch between McGregor and Nate Diaz that took place at UFC 202 to their YouTube channel, which is now available to watch for a limited time.

McGregor and Diaz first met in a short-notice fight at UFC 196, where the latter pulled off one of the most shocking upsets in the history of the sport when he submitted the former with a rear-naked choke in the second round. A rematch was immediately set for UFC 200, but did not happen until UFC 202 just a month later.

Because the first fight took place in the welterweight division, the second fight was also contested at 170 pounds and it was again a Fight of the Night awarded affair. McGregor and Diaz fought for all five rounds in the rematch, with both men having hurt each other with significant strikes. It was a close one, but McGregor edged Diaz by majority decision and now they were 1-1 after two classic fights.

McGregor has shown he can bounce back after a devastating loss and looks to do the same in the third and final Poirier fight. When they met earlier this year, the Irishman was stopped in the second round by way of knockout. McGregor and his team immediately vowed to correct the mistakes that were made so he can come back and put a definitive end to the trilogy.

UFC 264 takes place on Saturday, July 10, 2021 at the T-Mobile Arena in Las Vegas, Nevada. Also featured on the card is a welterweight fight between ranked contenders and former title challengers Gilbert Burns and Stephen Thompson.