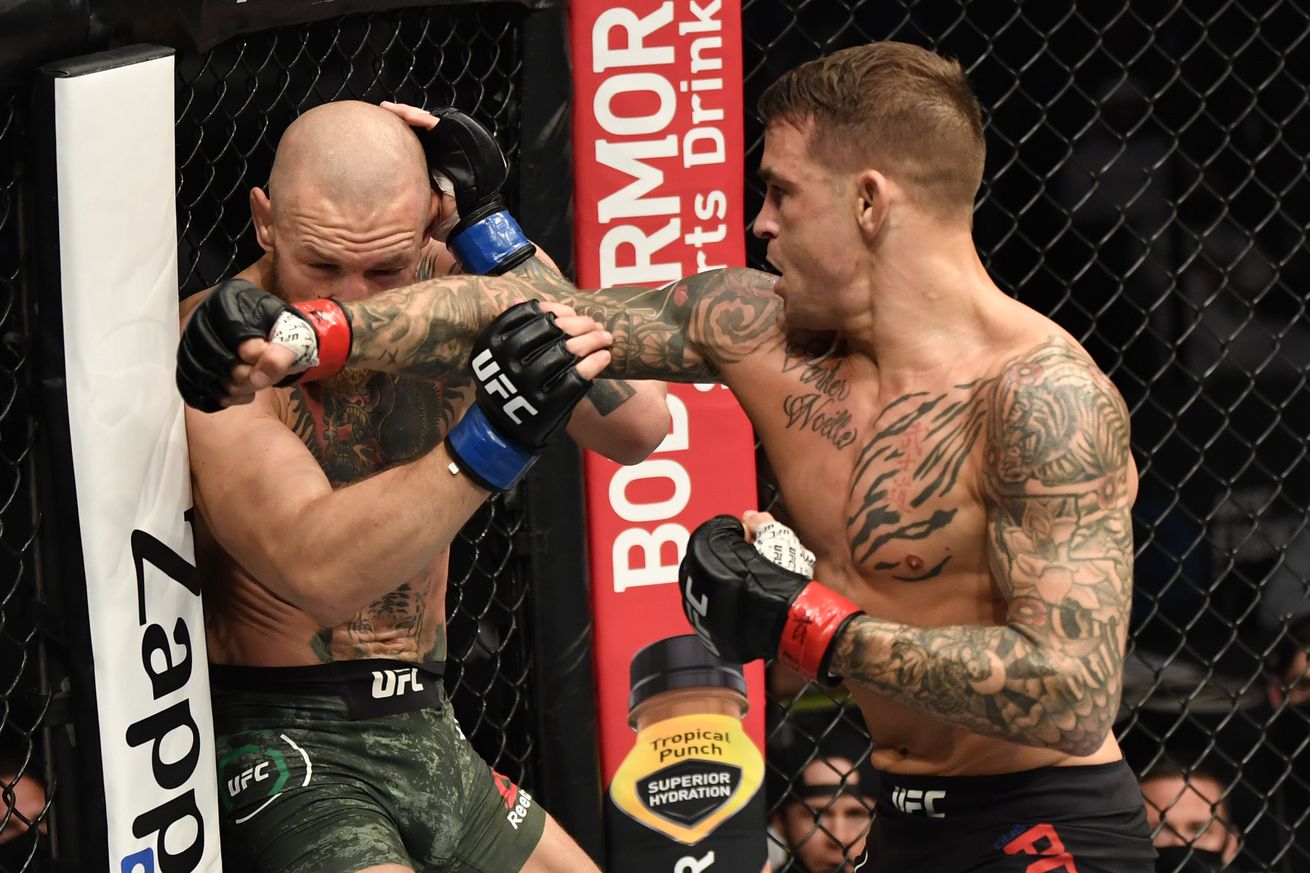 Get the Full StoryDustin Poirier catches Conor McGregor in their fight at UFC 257. Photo by Jeff Bottari Zuffa LLC

The UFC released it s latest hype film ahead of next week s Dustin Poirier vs. Conor McGregor trilogy bout. We are just eight days away from one of the most anticipated trilogy match-ups in UFC history. In the main event of UFC 264 next Saturday, Dustin Diamond Poirier and The Notorious Conor McGregor will meet for the third time.

By now we all know the story heading into this one. McGregor bested Poirier back when he was working on his run to the featherweight title, felling the Louisianan with a second round TKO. This January the pair met again, in the lightweight division, and it was Poirier who scored the second round TKO, handing the Irishman his first ever MMA loss to strikes.

To get you even more hyped for the match-up, the UFC has released its latest teaser. This one is called Violence is coming and it can be viewed below: