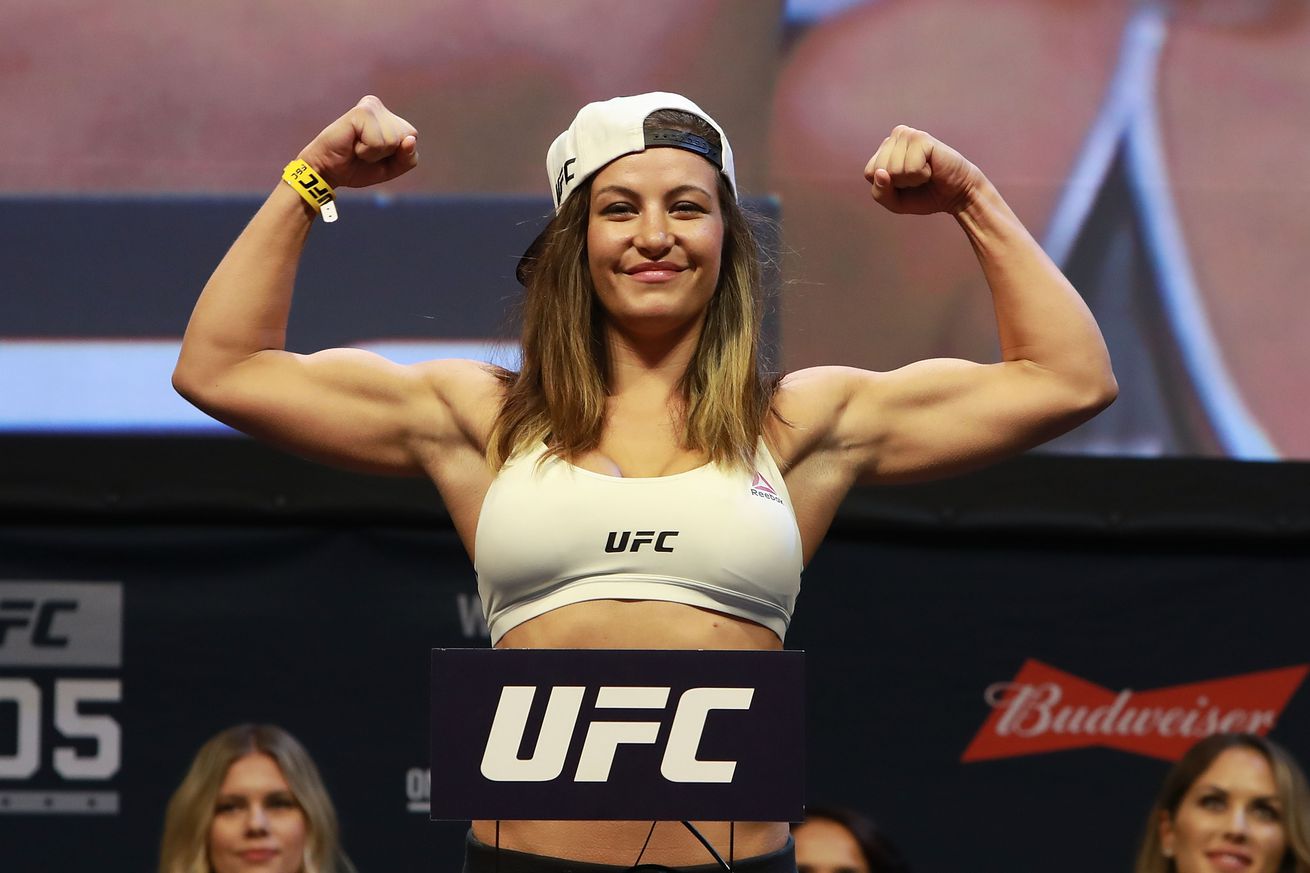 Get the Full StoryMiesha Tate after ceremonial weigh-ins at UFC 205. Photo by Michael Reaves Getty Images

Tate competed for nearly a decade before she retired from competition in 2016. Her last appearances in the Octagon resulted in losses to Amanda Nunes and Raquel Pennington at UFC 200 and UFC 205 respectively. Tate moved onto the next phase of her life, which included accepting a position as the Vice President of ONE Championship and starting a family.

Earlier this year, Tate revealed that she would be coming out of retirement, signed a new six-fight deal with the UFC and accepted a fight against Reneau on an upcoming Fight Night card. She has spoken about how reinvigorated she feels in her return to the sport and why she is planning on another championship run that may include rematches with some of the top names in her division.

The first two episodes of her docuseries are available to watch now. Tate is seen training out of Xtreme Couture in Las Vegas, Nevada and explains what has been happening in the preparation ahead her return.

This camp it s very different from my camps before in that there s so much more knowledge going into the reason why we re doing this, said Tate in episode two. It s not just guess work. It s not just show up every day and go hard. It s let s actually listen to what the science is telling us about your body so we can get the most from it.

Tate will reportedly fight Reneau in the co-main event of UFC Vegas 31, which is headlined by an interesting matchup at lightweight between Islam Makhachev and Thiago Moises. The card can be watched on ESPN ESPN live from the UFC APEX in Las Vegas.