Poirier: I beat McGregor 10 out of 10 times if it goes past the first round 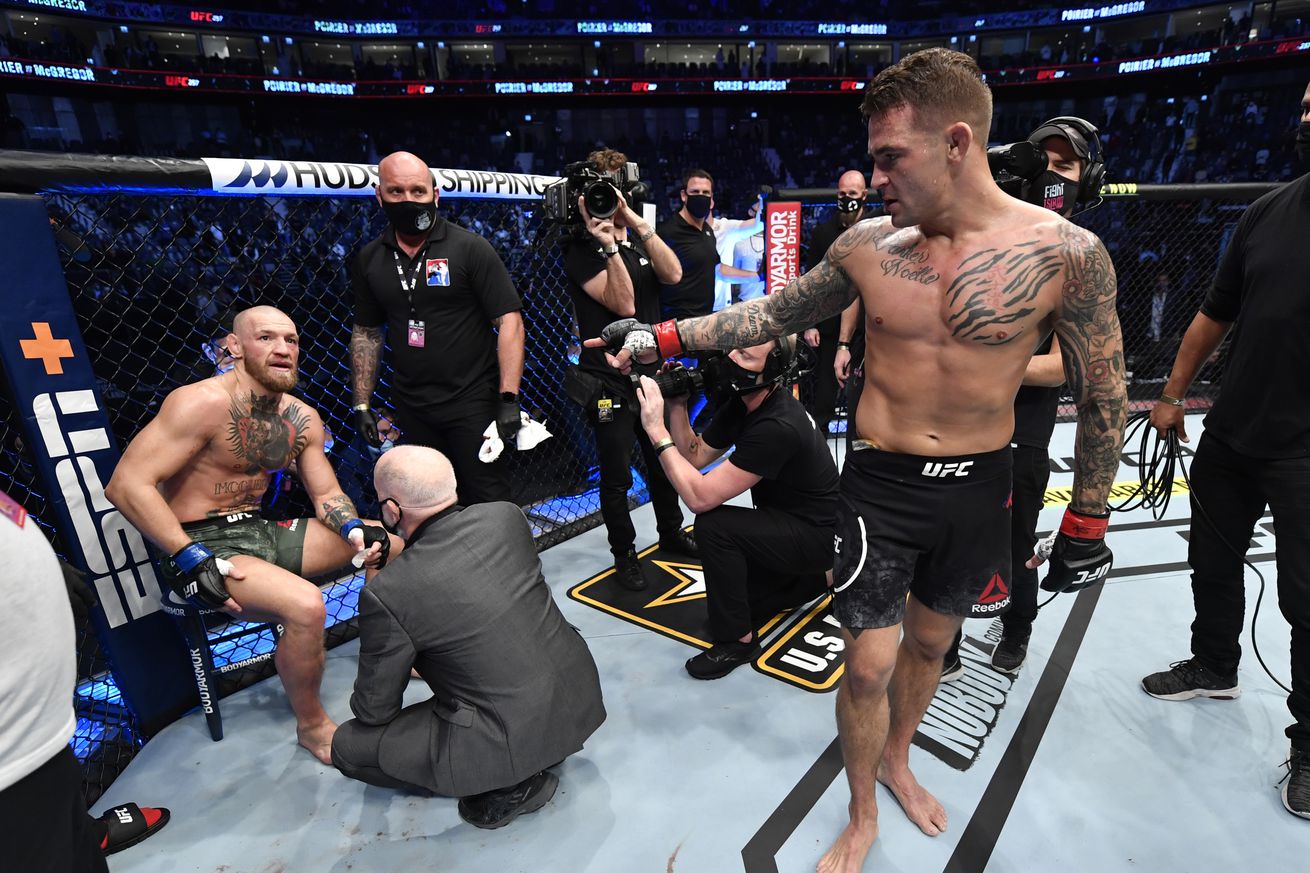 Get the Full StoryDustin Poirier gestures to Conor McGregor following his TKO victory in the UFC 257 main event at Etihad Arena in Abu Dhabi. Photo by Jeff Bottari Zuffa LLC

Poirier beat McGregor via second-round KO in their rematch at UFC 257 and The Diamond believes he beats the former two-division champion 10 out of 10 times if the latter can t put him away in the first round.

Poirier spoke to ESPN s Brett Okamoto about his strategy for the trilogy bout, whether he will throw calf kicks again and what he expects from McGregor on fight night.

But I think he s gonna be more aggressive. He s not gonna let the fight unfold. I think as it unfolded and as I got more comfortable, he realized, Oh, shit, this guy can really fight. If I was him, I would try to touch me early and keep me out of rhythm. Because if this thing starts to blossom into a fight: second, third, fourth, we start hurting in there, we start having to grind it out, we start getting a rhythm, I win that fight 10 out of 10 times.