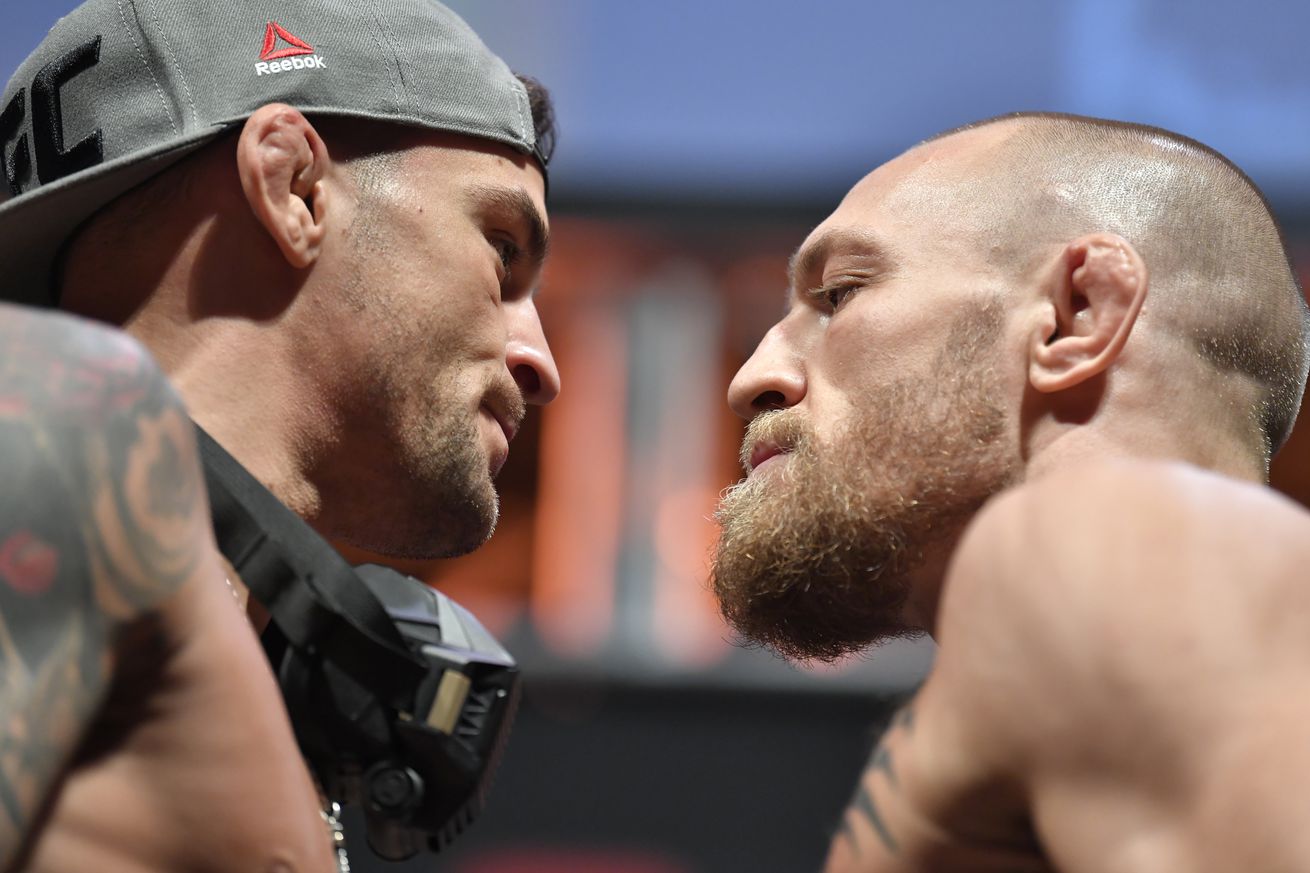 Get the Full StoryConor McGregor faces off with Dustin Poirier at UFC 257. Photo by Chris Unger Zuffa LLC

Conor McGregor s trash talk towards Dustin Poirier continues as the fight grows near. Conor McGregor meets Dustin Poirier for the third time in his career this Saturday night at UFC 264. The pair first tangled back in 2014 with McGregor getting the best of The Diamond . This January, it was Poirier s turn, with the American handing Notorious his first ever MMA loss to strikes.

As their high-profile rubber match approaches we ve seen McGregor resort to his usual tactics of trying to get under his opponent s skin, likely with hopes that this will somehow play a factor when the cage door closes.

The other day McGregor s attempt misfired, when he shared a screenshot of a message request from Poirier s wife on Instagram. After that taunt fell flat, the Irishman has fallen back on a more obvious intimidation tactic; straight up threats.

He s a corpse, a dead body, a blank face that s going to get his ass whooped and taken out on a stretcher, said McGregor about the very alive Poirier when chatting to his The MacLife website ht MMA fighting .

During that chat McGregor also offered up an excuse for his loss to Poirier earlier this year, citing his failed attempt to box Manny Pacquiao.

It was an 85 percent camp for boxing before UFC 257 , for Manny Pacquiao, that s how the fight came about. It was going to be a charity event against Poirier , not even under the UFC banner. It was just because he was a southpaw and I felt a bit of pity for him and whatnot, so I d help him out. And that s it. It went the way it went and I got a setback in there, but setbacks are a beautiful thing. Defeat is the secret ingredient to success, I say, and it s put me right where I need to be.

McGregor claimed that, this time around, things will be different since his training camp has been solely focused on mixed martial arts. McGregor also said he was looking ahead to competing for the UFC lightweight title before the end of the year.

I feel maybe Christmas time, December, I don t know, we ll talk afterwards. But that world title will be contested in the Allegiant Stadium here in Las Vegas, I would imagine so. I like the look of it. It s called the Death Star as well, and that s what I m feeling like right now a Death Star.

Every shot I have thrown in this camp is a kill shot, so that s it, added McGregor. I m going to kill this man. Just a slaughter and a play with a scared little boy. He s fighting scared like he always does, like they always do against me, so now I m going to play with the little boy, play with me food, and then just devour it.