McGregor claims pity was reason for cordial behaviour at UFC 257 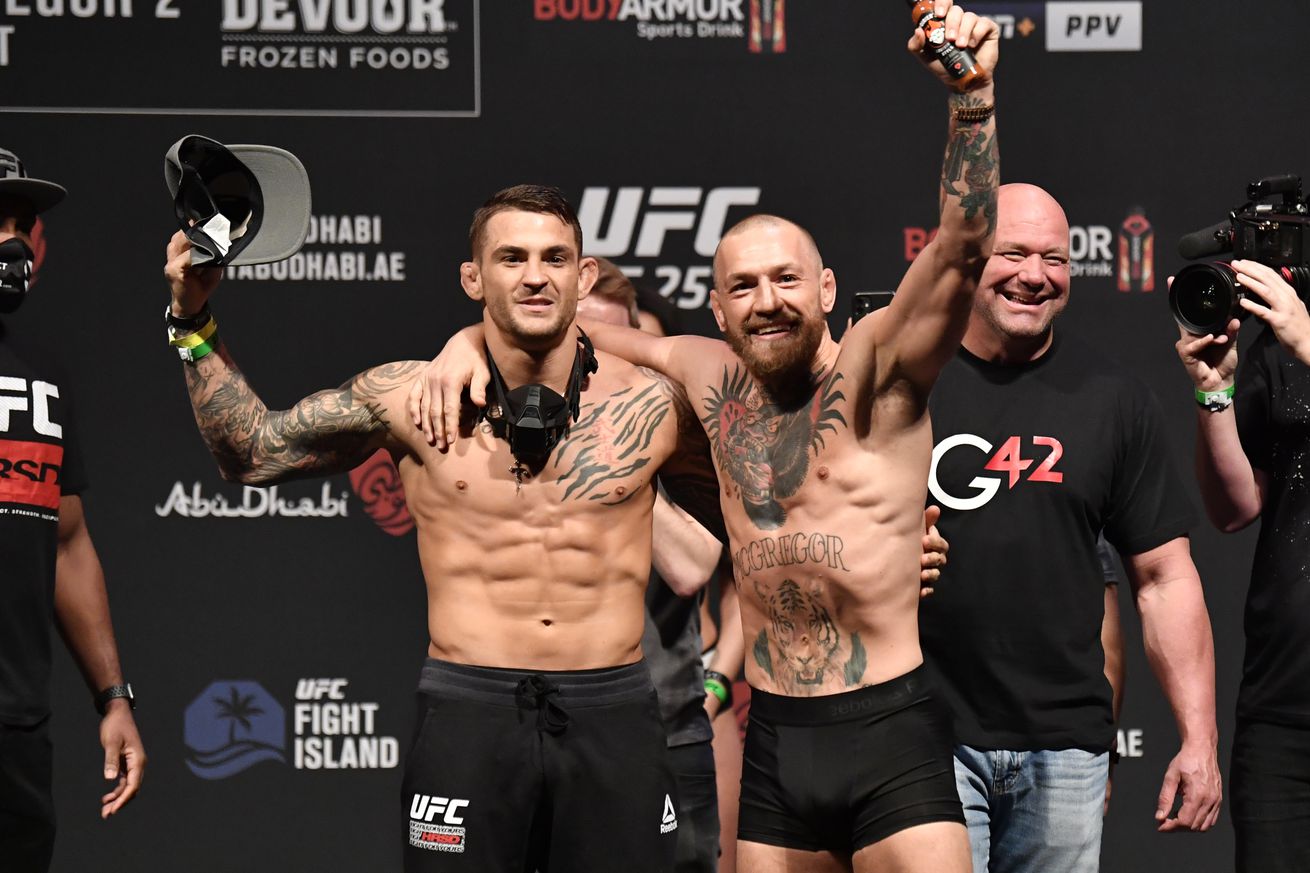 Get the Full StoryConor McGregor talks about his changed demeanor in the build-up of UFC 257. Photo by Jeff Bottari Zuffa LLC

F k that this time. It wasn t reciprocated and it was shady. We all saw an entirely different Conor McGregor during the lead-up of his UFC 257 rematch with Dustin Poirier six months ago. There was a lot of smiling, exchange of handshakes, and a show of mutual respect, a far cry from the man that we all knew and were accustomed to.

McGregor, who fights Poirier for the third time this Saturday at UFC 264, never really explained the shift in character. But during a recent interview with ESPN s Stephen A. Smith, he gave an answer.

I feel almost pity for some people in the game, to be honest. I had a little bit of pity for Dustin, he said. He s been around many years it s not a pretty game for a lot of people in this business. And I just came back and wanted to be respectful and give the dues and f k that this time. It wasn t reciprocated and it was shady.

When asked to specify the shady actions, McGregor refused. But he promises to exact revenge for it.

Just a few things It s been known throughout the buildup with certain things, certain discussions we ve had. Just shady behavior. I m not in the business of explaining any of it. But know, the man is gonna pay for it.

I could be wrong, but McGregor is likely referring to Poirier s previous allegations of being ghosted and not receiving the charity donation that the Irishman had promised. The former champ-champ took offense and even threatened to pull out of their scheduled trilogy.

McGregor says he knows his true character outside of the fight game, and that he s only showing the ruthlessness that any competitor needs to thrive.

I am a nice guy. It s just about not translating it into the game. You can t be nice in this business, that s for sure. No matter what. You ve got to be ruthless and I ve got to stay ruthless.

True to his word, The Notorious of old showed himself during Thursday s pre-fight presser.

UFC 264 happens at the T-Mobile Arena in Las Vegas.